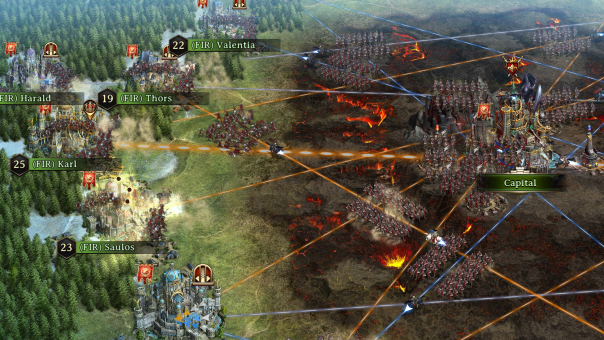 Netmarble revealed their latest update for the MMO Strategy title, Iron Throne, and it brings a whole new game mode. Alliance Team Deathmatch comes alongside three new heroes for players to pick. Alliance Team Deathmatch is a variation on the Iron Throne classic and gives players a new way to approach and play the mode together, allowing Alliances to face off against other Alliances. Teamwork and cooperation will be a major key to success in this mode. Three new heroes have also been added to Iron Throne, giving players more choices than ever in battle, including the scimitar-wielding Shaheen Al-Rashed, a localized hero for the Middle East who will now be available to all players, Lauren, originally an NPC and now acquirable by playing through Town Mode, and, Revenant, is recruitable by becoming a King in any Kingdom.

“Iron Throne has been offering differentiated game experience to our users through its unique game system since its launch” said Netmarble Chief Global Officer Seungwon Lee, “We’ve added new heroes and alliance feature to the update, and hope Iron Throne players continue to enjoy the content that we have prepared.”