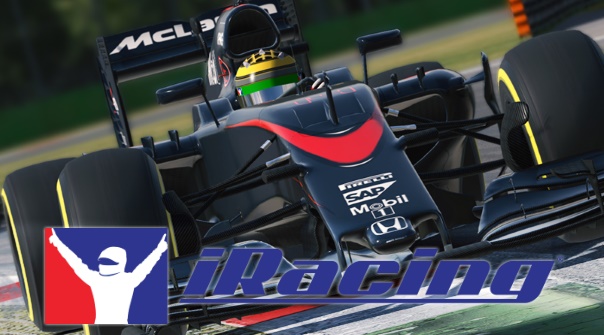 Racing games have always had a big following. For the people that want a bit more serious racing with a realistic touch, there are simulators like iRacing that even the real pros use for their practice. Over recent years many of these simulators have come and gone. Some stick around, and some just can’t get it quite right and fall off like many MMORPGs we have seen on this website. Between all these games, iRacing has been around steadily, watching the rise and fall of its competitors. One thing is certain: iRacing is a game that is sticking around, and it can be the home for many serious racers like me.

Racing simulation games have always been very hardcore. These games aren’t as simple as picking up a controller, sitting in front of your TV, and just driving your favorite car around the world or on a track. Racing simulators are a lot more serious than that, and while most of these games, including iRacing, do offer controller support, they’re best played on a wheel. I have a wheel myself, and a good pair of pedals to go with it, because I am among one of these foo-… I mean fans, and people that dislike to have any money in their pockets, because this hobby is hecking expensive. Just when you think you’re done, you dive into iRacing, and the constant loss of money starts again.

A bleeding wallet is normal for simulator fans; even people who love flying around the planet in imaginary planes know this issue well. But iRacing brings this to a whole new level, and the reason I mention this at the start of the review is because it is the elephant in the room. When you buy iRacing and pay for its mandatory subscription service, you get a bunch of tracks and cars for free. All of this is the just very basic stuff, the content to get you started on the track to prove your worth to the rest of the world. The higher you go on the leader boards, the more content you have available to buy. With a licensing system the player can get their grind on through the ranks, and show the rest of the people on the platform how well they are at keeping the car on the road. When they go from the rookie class, into the D class, and all the way up to the A class, they unlock more and more content they can use in the races. While the content can still be bought and used in their own private testing sessions, you first have to prove to the system that you are ready for racing with others on the track.

Each car and track besides the basic free content has to be bought, and this isn’t a matter of just a few spare dollars you will find in the gaps of your couch. No you will have to reach deep into your pockets and wallet for this one, because the cost of your monthly subscription, that is like any other, is also about the average price for a single car, or a single track. If this hasn’t scared you off yet, additional cars and tracks come out quarterly. While I am one of the poor fellows that has been squeezed dry over the recent years, I must admit, it is totally worth it.

On this platform you will seen featured all types of races. The classical road races you will find everywhere in the world, or oval races that people in the fifty states love so very much. And to spice this up, the last few years we have seen the new additions of dirt oval and rally cross get quite a following for people that can’t get enough of getting dirty. For each single one of these types of races, there is a separate licensing system to prove your worth. Unlike many other racing games, iRacing can only be played in the cockpit view – and do not mention that you would rather see the car from above, or perhaps from just the hood view, because you will get laughed at by the community that can sometimes feel a little elite, like the people who bought into the Mar-a-Lago club.

In the road class side of racing you will find a combination of the popular GT3, GTE, Open Wheel, and Prototype styles that you will find in the many series across the globe. This is where you will mostly find me driving around, trying to keep out of the walls and on the road. There is a wide variety of races you will find in a single day, every car series has a race going every hour. A lot of lunatics that have burned their money like me can be found racing these series every day non stop, until they dream about their virtual career and their imaginary podium finishes with a well earned trophy. For the people who want to race a little longer than just an hour or ninety minutes at time, and love to drive with others in a team, the platform also follows and offers real endurance races in their own virtual form. Even the oval fans can have their own virtual Indy 500, and these special events usually take place a week before or after the real events.

Racing games in general can be extremely fun, but when you launch up a Need for Speed or Forza title, and decide to race against other people online, the race usually turns into a wreckfest, with people trying to take each other out just to secure a win. iRacing has built a system to make sure this doesn’t happen, and people take it a lot more serious than previously mentioned titles. In iRacing there is a special incident system, where each error, be it going outside of the track limits or bumping into another car, will award you incident points. When you have done really poorly in a race, and have gotten enough incident points, you will get black flagged (disqualified) and taken off the track because you are a proven danger to any other driver. This will keep out the people that mess up other player’s races. Combined with a replay and reporting system, you can take action to the people who have ruined your night by driving intentionally into you.

The incident system, combined with the class licensing system, weeds out the people that do not want to race seriously. Since the platform even offers the chance of racing against the real pros, iRacing wants the experience to be taken as serious as possible and this is why it is the best among its kind. In a lot of standard-priced simulation games, you will still have trouble finding a decent race against others. Sometimes you will find that one race where everyone does race clean, but it can take ten other miserable races before you get that one good race. While iRacing has that reassurance that everyone is dead serious about the race, and while accidents still happen, usually… sometimes… once in a blue moon people are mature about it and see their mistakes on the track. While people love blaming others, iRacing still has a mature community that you will find in no other experience.

iRacing is a game that comes with a few issues, mainly the pricing model that scares of many its fans. It is worth every penny when you come home at night from work, want to practice for a race, and end your evening with a victory on the podium to give you that satisfying feeling that you actually worked for something. iRacing is a game that offers you this virtual paddock experience that you cannot find in any other game. While the game can be played with a controller, or even your mobile device as a steering wheel, iRacing is best played with a proper wheel and pedal set, just to give you extra feedback of what the car is doing on the track. The game offers many unique cars and tracks you will find in the real life series, and with a quarterly busy season you can put down your focus on a series just like real life. In iRacing you will find the crème de la crème, and if you want to do more than just the sprint series, you will also be able to do endurance races in team format. While the game is constantly updated, the next few big things on the list to add are a day and night cycle, to especially give the endurance races a little more touch, and a weather system to give you another element of surprise that you will have to adjust to. Later this year we will hopefully also have the choice to race against the A.I. to get yourself ready for the online races. While iRacing technically offers the same experience as any other simulation, its fierce competition gives you this experience that each victory is was well earned, and came with its many hours of practice beforehand.

Conclusion: Great (4/5)
The pricing model of this game is the only real con of this game, but everything is so done extremely well that its worth every penny, and since licensing the real cars and tracks costs a fortune, the money justifies the quality of service you will be getting.

iRacing is more than just a service, and in the grand scheme of things a very cheap hobby compared to most hobbies. While the initial costs can be scary, the total experience is unlike any other. The game starts you out slow in the somewhat slower series of racing, and each class gradually opens up the faster cars for people to race around the tracks. This game isn’t for people that just want to pick up a controller and do a couple of laps. iRacing is for the more serious players that want to experience their own success story to the top while still racing against real people. Later this year we might be able to see the addition of A.I. Racing to help you getting used to the fierce competition this game has to offer. While a race can end in a crash, a race can also end up in glory, and there isn’t any better feeling than winning something so extremely difficult. iRacing is a game for the people that have built their virtual cockpit at home, with an expensive wheel, a proper set of pedals on a simulation rig to really get that feeling in their virtual car.