Insane Robots Brings the Robot Rebellion to Discord For Free 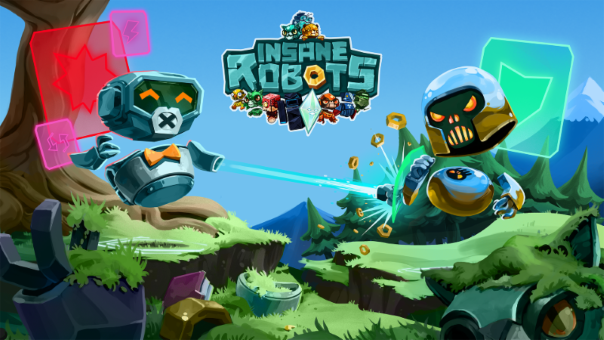 The Robot Rebellion is on the way to Discord in August. Now that Insane Robots has launched on PC, Playstation 4 and Xbox One, Playniac announced that Insane Robots will be free to play via Discord. For the very first time, Playniac’s card battler will be able to be played via the popular chat client, Discord. Players don’t need to even own Insane Robots; instead, interested players can visit the official Insane Robots Discord, and challenge other players. The goal is to climb the leaderboards for a chance to win a free version of the game on the platform of their choice. Insane Robots is an addictive turn-based strategy card game that takes away the most hated parts of playing a CCG, such as grinding, expensive expansions, and the ever-rising bar of frustration that comes from players who are left behind, not buying packs of cards. It’s less of a CCG and more of a unique card battler. Below is a link to our impressions of the game when it was in a beta phase.

“With Insane Robots, our goal was to create a card battling game with a laser focused battle deck and all the elements people hate about card battling games removed,” said Rob Davis Founder and Director at Playniac. “Bringing Insane Robots to Discord seemed like a natural extension and a great fit. As one of the most popular chat clients for gamers, we hope to see more games like Insane Robots playable on Discord.”
More Info
#playniac #playforfree #discord #insanerobots #robotdiscord #robotrebellion