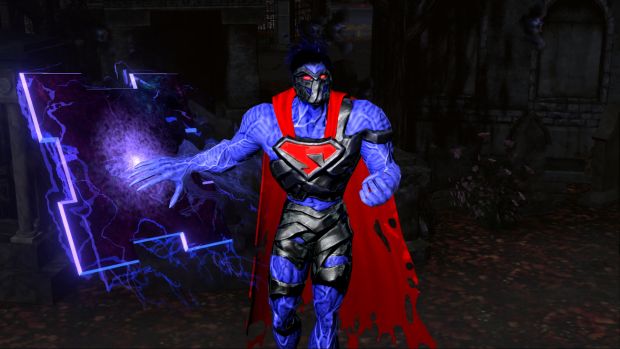 Nightmare Superman is the latest Champion to join Infinite Crisis, the free-to-play MOBA from Turbine based in the DC Universe.

Dozens of Phantom Zone portals appeared across Metropolis, pouring out hundreds of howling phantoms. Superman, wearing an ecto-suit built by his father, flew through a portal and met Aethyr, a being who’d slumbered for eons in the Zone. Superman defeated the beast, but was infested with unearthly Phantom Zone energy in the process. Worse yet, while he battled Aethyr the people of Metropolis were transformed into phantoms. The revelation shattered Superman’s fractured mind, and ever since, he’s wandered the city, mourning for the city he failed to protect.