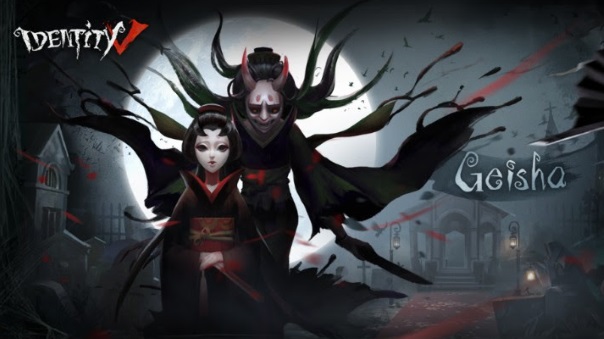 The Geisha, formerly known as Michiko was once the best dancer in Yoshiwara. She fell in love and ultimately met with tragedy, and mysteriously disappeared, never to be found again. Michiko’s abilities are focused around her three forms, known as her triple phases ability. Her other two abilities will add to the Geisha playstyle, focused on maneuvering and stealth, to make sure the survivors never see her face. Her three forms each have a set of pros and cons and symbolize her emotions: calm, anger, and panic.

Beauty Form: Assumes the Beauty form when calm: in this form her fear radius is reduced but has faster movement speed.

Prajna Form: When Angry assumes this form, her fear radius is larger, but has slower movement speed.

Panic Form: Enters Panic form when her face is seen by a survivor: her fear radius remains unchanged, but she has slower movement speed.

Dash Hit: The Geisha assumes the Prajna form. She ignores the terrain and rushes towards the survivor closest to the center of her vision. But, should the Geisha’s face be gazed upon by a survivor, the Panic form will be activated, and all special abilities negated.

Soul Departure: Geisha changes into Prajna form and jumps into the air to overlook the surrounding environment. Her Dash Hit also gains casting distance. But, should the Geisha’s face be seen by a survivor while she fears someone, the Panic form will be activated, and the skill will lose its effect. Survivors’ fear also increases the Geisha’s dash speed.