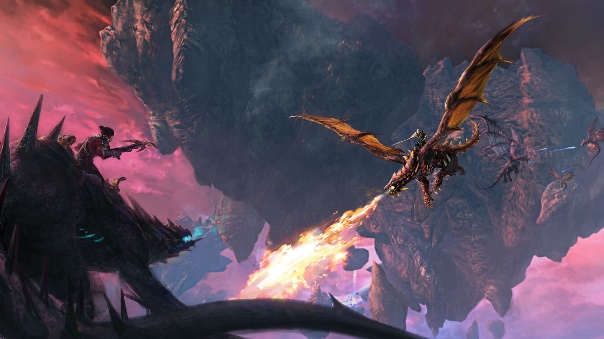 Gameflip Studios is proud to announce the launch of the popular Korean MMORPG “Icarus Online” into the Brazilian market! The game will be fully localized into Portuguese and offers exclusive,  never-before-seen content found only in this version.

Icarus Online features fast-paced, action-oriented, mounted combat powered by CryEngine 3. Explore the world of Midellas to capture dragons and hundreds of other mythical creatures. Tame almost every creature in the game that can serve as a mount or train them further as a pet to fight alongside you in battle. Take to the skies on the back of a dragon and battle flying monsters or team up with other players for raids against gigantic, skyscraper sized behemoths. Collect and train hundreds of pets, make new friends and explore dangerous dungeons, and save the world of Midellas from the legions of Ruin.

In order to defeat the legions of Ruin, players will need to work with, not against, the wild creatures of Midellas. Through perseverance, players can tame hundreds of monsters to aid them in battle. These monsters can be used as mounts or tamed further into pets, giving the players assistance in combat. Pets can be trained to attack hostile enemies or provide buffs to the player and their party. They can even be sent on special missions to gather rare crafting materials or gear while the player is away. Some monsters can only be tamed after acquiring rare items, and players can earn fantastic bonuses for collecting all of the monsters in each region.

At launch, Icarus Online will feature five dungeons for players to explore. These dungeons offer multiple difficulty ratings which can be adjusted to the player’s liking. The dungeons provide exclusive drops and gear that give major advantages over the gear found elsewhere. The higher difficulties also feature creature spawns found only in those dungeons which are often faster and more powerful than the monsters found outside of the dungeons. Players can work together to tame these rare, exclusive creatures and add them to their arsenal of mounts and pets. Icarus Online features an action-based combo system for combat with different movesets based around on-foot or mounted combat. Players can battle from the back of their favorite mount against enemies or against other players in PVP combat.