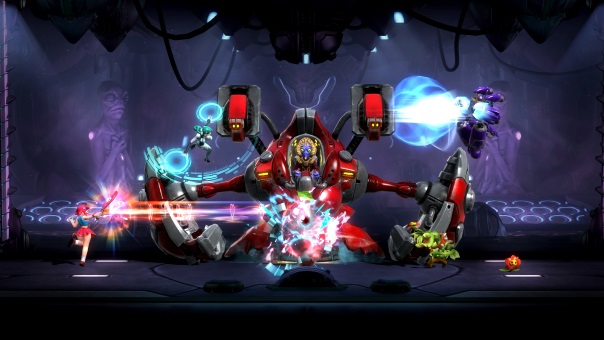 Nexon has announced that its new action brawler, Hyper Universe, will officially launch on January 17, 2018, through Steam and the Nexon Launcher.

The official launch will feature an update that focuses on offering a balanced core experience with an emphasis on skill and teamwork. Random cubes will be removed, and optional in-game purchases will be for cosmetic items only. More details are available on the Hyper Universe blog.

The update will also introduce six new Hypers, one for each class: Tae’guk, Sonya, Perseus, Han, Camilla and Gulunba.

Players can also unlock in-game rewards that are available at launch by sharing the new trailer on Facebook, earning tickets and skin coupons based on the number of post shares. The full rules and prize goals can be seen on the HU Facebook page.

We also have an infographic with some interesting data on Hyper Universe to browse.