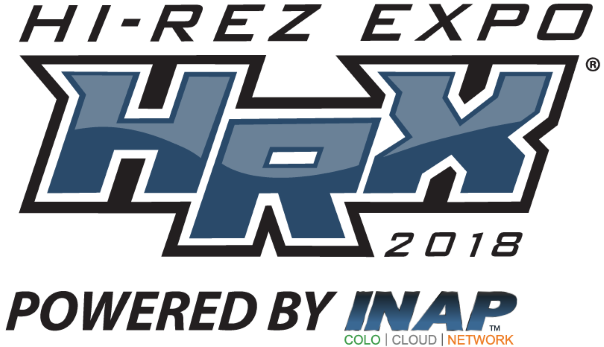 Today began the Semi-Finals for Smite and Paladins on the PC, and it was certainly a day of upsets, and not just for me.  But it also came with good news, because fresh faces are guaranteed to win it all tomorrow when Grand Finals go down in both titles. Elevate won the Paladins console wars, and from the way they played on day one, that’s not exactly a surprise. I was pleasantly surprised to see the Paladins side of the game and to be honest, I paid a little more attention to that when I saw how badly EUnited were devastating Obey Alliance. I’m feeling bittersweet, because I’m glad the remnants of Pain DeViande’s team are moving to the grand stage, but I wanted that Obey win. The first Obey v. EU match was …unpleasant to watch, to say the least. It was a stomp and I feel terrible saying that. But it is what it is. Something happened and Obey’s normal strategy of a careful, calculated game of chess came crashing down when EUnited bullied them with aggressive picks and assaults. The matches were not even close in my eyes, so I turned away in sadness, to watch Paladins. But what a show it was! A Lat-Am team (Nocturns) had two incredible back-to-back performances, and though I did not get to see the end of China Dream’s match, I sincerely hope they moved on. It is my hope that a non-NA/EU final is in the works.

Today’s “Round of the Day” however goes to NRG vs. Rival. Rival was the #1 Seed in Europe this year and it showed. They had an incredible year and dominated all of their foes. This was not the NRG of last year, that refused to drop a game to anyone. It’s not my place to say “what went wrong”, but I’m going to because that is what I get paid for. If I had to speculate, it wasn’t down to mechanics, or skill, because lord knows that isn’t the case. They are some of the best Europe has to offer. I feel like perhaps NRG does not respect their opponents, or underestimates them because they are simply used to winning. Psychological things like that matter. Not to mention AlphaJackal is 100% the MVP of this whole weekend. That is a man with a million plans and ideas, and they’re pretty much all made of success. In game five, the hover over Da Ji was stressful, and a lot of chatter was going on. Is it a good idea? The fragile Da Ji into this comp? Alpha Jackal sure seemed to think so, and guess what? It worked. So credit to him and the rest of Rival, they were definitely the team that wanted it more. While tomorrow features EUnited vs. Rival, I don’t know if I want to root for my home territory of NA, or the team that simply has an iron-clad strategy waiting, in Rival. But I will call it: Rival over EU, but it will go down to the last game. If Rival can tilt the right members of EU, the matches will be over swiftly and painfully.  But until then, here are my play-by-play/thoughts on the match of the day:

NRG vs. Rival
This one promises to be a slugfest. I missed about the first half of match 1 because we were interviewing Todd Harris concerning some fun Paladins stuff. As a result, I missed the amazing Ares pick (amazing because honestly, he’s my favorite god). I like the picks, bans, comps, but the longer this game goes on, the better it looks for NRG. Odin and Ares definitely fall of with four beads and two phantom relics. But just around the 20 minute mark, when we were saying that if RIval did not make a play, it was over, they did it. Engaged, Odin/Ares ult, Deathwalker swept around and made sure Adapting didn’t get away, and they began to work on the objectives they direly needed. Around the 29 minute mar, NRG had no towers remaining, with a score of 9-4, and a 4k gold lead to Rival. I have to say, using the Odin cage to trap Titan and prevent NRG from counter-engaging was smart. AlphaJackal is the real MVP. The first of five went to Rival.
Match Two:
NRG Bans: Fafnir, Odin, AMC, Erlang
Rival Bans: Ravana, Rajin, Xing Tian, Sobek
A lot of close calls to first blood, but Maniakk’s Cabrakan did secure a kill on Deathwalker around 1:30, and everyone backed off. There’s not a serious lead though, one gold, not such a big deal at this stage. I’m pretty surprised that Ullr got through, but I don’t think The Morrigan will turn into him. Instead, it’s likely they will go for another tanky/bruiser type on the team, probably Cab at this rate. But that’s what Nem’s for, to put that to an immediate halt. Four minutes in, Vote grabs a double kill, Deathwalker gets a kill and Adapting got a kill as well, but the edge to Rival in that fight. The key is to keep NRG from getting to late game. Despite NRG picking up four kills, the gold is still very close or was until The Morrigan secured a double kill, adding another grand to their team’s value. But Rival is also picking up speed as best they can. At 15 minutes, it’s 10-5 NRG, with a 2k gold lead, taking the Tier 1 tower. I’m wondering if Rival is going to be able to come back, despite really preferring their comp. NRG is stopping Rival at every turn. At 19 minutes, NRG grabs Fire Giant, and the score is 16-5. It’s looking grim for this game. It’s not over at twenty, but it sure feels like it can be.
When the 22 minute mark hit, NRG sieged a tower, but the fight went poorly thanks to Rival’s synergy, and with Athena/Poseidon, they chased off NRG, got a few kills, scooped Gold Fury. Raffer dropped an amazing Sylv ult, but Vote secured a kill during it, followed by a trade from Emilitoo. Vote grabs another, but Yamyn returns the favor. Iceicebaby gets one more kill an dgets out, and him with Deathwalker take a tower. Rival is still behind 3k gold at 27 minutes, but they’re putting in serious late game work. 28 mniutes, Vote grabs two more kills, and a free fire giant. The gold total slowly is pushing over to Rival’s favor at 30 minutes. 32 minutes and Rival sieges base, Wlfy finding a kill, Athena ulted in, taunted, melted Emilitoo, and then now it’s Rival 2-0.

I missed so much of this game, because of lunch. But when I sat down and ate, NRG is up 16-3, and continue to push ahead with a near 20k gold lead. I think Rival can come back but it would take an absolute miracle. But this comp did not work against NRG.
Game 4:
Rival: Fafnir, Raijin, Artio, Janus
NRG: Ravana, Odin, Ullr, Erlang Shen

I don’t know how I feel about Xing Tian being picked by Rival. The Janus ban is smart, but now they just have Isis. Isis + Cab, or Isis+Athena? That’s going to be tough to deal with. But they do have the Sylanus+Discordia wombo on Rival’s side. However, at three minutes, First Blood + two extra kills for NRG? That is a brutal start without a doubt. At 11 minutes NRG grabbed first Gold Fry as well, moving up to 4 kills to Rival’s 0. Next minute, then it becomes 0-5. NRG’s got a 5k gold lead (35k). The next team fight is 2-0 for RIval, and they also get Portal Demon as well as a Tier 1 tower. From there, Gold Fury vision and back. Just like that, the gold totals come close to evening up. At 17 minutes, NRG takes Gold Fury and add two more kills to their total (2-7). Vote picks up his first kill at 19 minutes, killing Adapting in a fight near Portal Demon. However the next fight around 21 minutes, a 4 for 2 fight, NRG chasing down Iceicebaby, barely tagging him with Athena’s taunt as soon as it came off cooldown.
5-11 at 23 minutes, another teamfight breaks out, but Adapting picks off Wulfy, Iceicebaby falls to Yammyn, a Cab ult under tower gets Vote from Maniakk. From there, free Portal Demon. 5-14 at 26 minutes, and other than AlphaJackal making a miracle happen, this is going to team 5. 29 minutes and NRG collapsed on Fire Giant. But at 31, a fight broke out at Rival’s base, Vote plucked Raffer, and they almost stopped the momentum..but NRG still got Phoenix. 35 minutes and another Fire Giant later, NRG’s builds are online, the smart items are bought to prevent death from coming quite as easily. Having carries with a tanky item or two was definitely a good plan. An easy sweep of the base, tying it up. 2-2, going to game 5.

NRG Bans: Fafnir, Odin, Erlang, Geb
Rival Bans: Serqet, Ravana, Cab, Artio
I don’t know how I feel about the Da Ji pick from Rival…but they have so so much CC. Fenrir, Osiris on NRG’s side with Discordia is going to be brutal. This promises to be an absolute slugfest. First blood went to an excellent Paolao under the tower, also securing a second kill, but NRG pushes forward to get a kill on their own. A teamfight broke out about 10:34, but only Iceicebaby falls to NRG. However, NRG did take Speed/Blue buffs as a result of this fight. NRG push ahead at 12:30 or so, killing Iceicebaby again. Da Ji is a fun pick, but in the early game, she’s very squishy and it’s very dangerous. A fight at Gold Fury broke out, and Rival stomped out four members of NRG, and got Gold Fury. Oh and Portal Demon. This gave a 4k gold lead. 16 minutes, Maniakk was out of position, died, and took two towers. A base race is on, and Rival took Phoenix! Emilito took a tier two in the left lane, but the Rival push is superior, thanks to the Phoenix.

A small scuffle broke out at Fire Giant, but both sides disengaged. It’s 7-3 at 18minutes, with a 48-45k gold count. Rival gets the Gold Fury, as well as Adapting! He was surrounded and only got to go back to base. More bait at the Fire Giant, but NRG don’t lose anyone. But Raffer almost died. The two teams split off, Rival returns and another battle for Fire Giant starts. Noone gets it, and 2 on teach team drop (Wulfy/Kalas and Raffer/Maniakk). Outside of Fire Giant, tussle! iRaffer, Adapting and Maniakk fall, while FIre Giant attempt to finally secure Fire Giant. I’m so tired of typing fire giant. IT HAPPENS. FIRE GIANT HAS FALLEN TO RIVAL! Gold Fury goes next, along with the left tower, and a rotation to mid tower. Portal Demons vanishes into the ether at Rival’s hands, and it’s time to spend that newfound money. 28 minutes, Adapting drops to Kalas, and Right Phoenix falls. Raffer melts at Vote’s hand at Mid Phoenix, and then Vote smashes through with Wulfy, battering NRG. Game 5 goes to Rival! NRG is down!