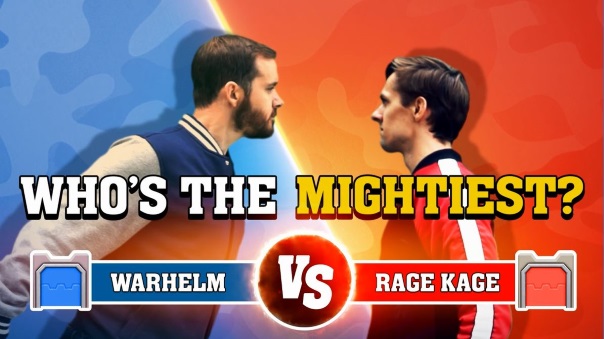 Mighty Battles is scheduled to come out next week, but it could be derailed! Two factions are at war within the studio, and it’s derailed development! The game’s launch is in jeopardy, and a video for this will release next week when the game does (assuming it does)! The battle started from a debate over shooting mechanics in the game. One side insists that guns should fire automatically, freeing players up to focus on strategically deploying their units and defending their bases. The other side, however, is adamant that players want to fire their guns manually by tapping targets, so that they can feel the thrill of shooting at enemy targets. Neither side seems willing to compromise.

“Those guys are crazy!” said Hothead’s blue team leader, WARHELM, in a statement not fit for publication. “It’s pretty obvious that this game was meant to have automatic firing.”

But red team leader, RAGE KAGE, disagreed, arguing that you can’t call a game a “shooter” if the player doesn’t actually have to shoot. The argument got so heated that WARHELM reportedly threw a printer at RAGE KAGE, and things escalated from there. The Producer on Mighty Battles, Peter Jones, had to step in, ultimately deciding to give players the choice of automatic or manual touch shooting. When that didn’t appease WARHELM and RAGE KAGE, Mr. Jones insisted that the two settle their differences “Hothead-style,” with a head-to-head “Mighty Battle” on November 16th.

It goes down in Bricktopia, which is set in the downtown core, a skyscraper-ridden city dedicated to the hall of fame rocket-launching unit, Brick! Will their fight stall development? Who comes out on top? Stay tuned!