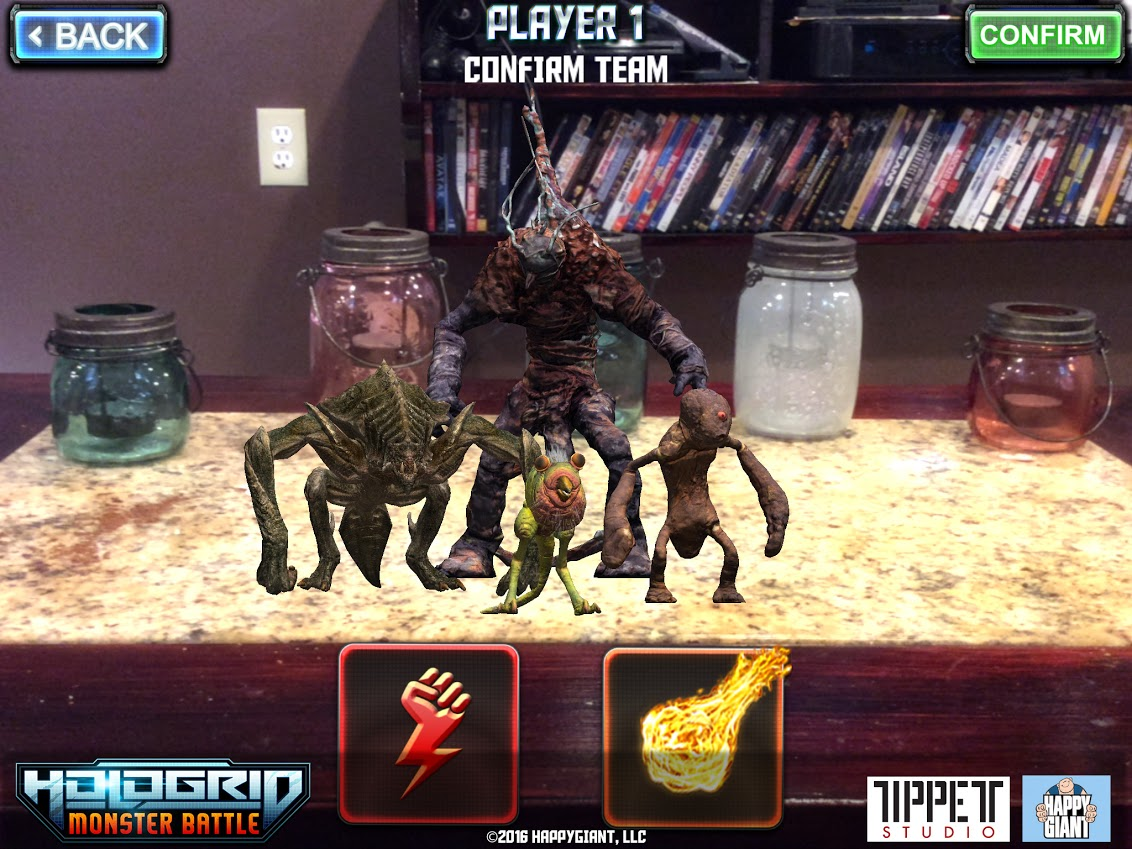 “No other tech on the gaming floor combined so many cool, new ideas at once quite like this game. It managed to put together AR, CCG gaming and mobile gaming into a mixture that engages with its personality and depth of play.”, said MMOGames.com. “HoloGrid could have easily leaned on its AR tech to make it simply a neat toy, but it has built a very compelling game in the process. It has managed to toe that difficult line between being accessible while also offering a strong level of strategy. In addition, it has a strong base to build on for more variety of cards. If HoloGrid can secure the right attention and make its game affordable, then Happy Giant has possibly caught lightning in a bottle.”

HoloGrid: Monster Battle’s gameplay is similar to Collectible Card Games (CCG’s) such as Magic: The Gathering or Hearthstone, but uses physical playing cards to trigger Augmented Reality creatures and a gameboard. Players will be able to play head-to-head, either locally or remotely, and offline, non digital play is possible as well through a physical board that will come with the product. A “Hybrid” Board Game, Collectible Card Game (CCG), and Digital Game in one, it delivers to players a new type of gaming experience.

HoloGrid: Monster Battle is being built for next gen AR & VR platforms, but will first release for mobile devices, giving players the feeling that the creatures of Phil Tippett are doing battle right in front of them.

“We’re excited to be launching this Kickstarter with Phil Tippett and his studio, and bringing to life a game so many of us have always wanted to play” said Mike Levine, President of HappyGiant. “This is our first step into a new world of AR gaming, and while we are launching it on mobile initially so everyone can play it, our long term vision is to bring it to emerging AR and VR platforms.”

Another exciting aspect of the project is the use of Photogrammetry to scan Tippett’s real life physical monsters into 3D digital assets for the game, giving them a level of detail and character unlike any other.

“We’d been doing experiments with Photogrammetry, but more on museum level artifacts,” said Levine. “At the same time we began exploring doing projects with Tippett, we had the idea, ‘What if we tried this on some creatures?’ The results blew us away. That’s really where this idea was born.” “And it’s the exact same technique we used on The Force Awakens,” added Tippett.