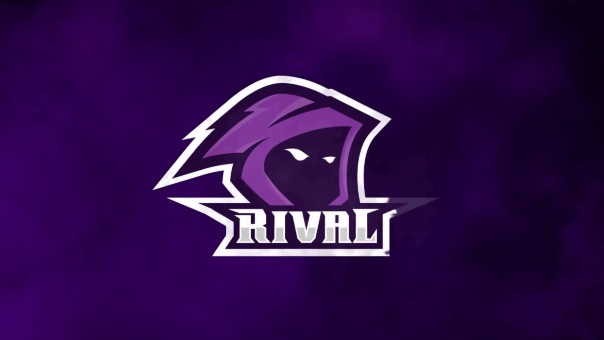 Hello, Internet! I’m doing something new with today’s Hirez Roundup! I wanted to start interviewing parts of the Hirez community, and get to know them better, learn what they do and how they feel about things as a whole. When I first started getting into SMITE, I joined as a fan of Enemy. However, the team that got me to stick around was Rival, and their run last year during HRX was incredible. While a lot of what goes on is due to the overwhelming skill of the players, I feel like Coaches don’t get quite enough credit for all the hard work they do. So I started this with Rival’s very own coach, AlphaJackal! He’s got a mind for the game like I’ve never seen, and enjoy seeing the strats he comes up with and insight he has on SMITE as a whole. So, I reached out and this is that very same interview! I hope to do more of these in the future. If someone has a particular suggestion, by all means, let me know!
Ragachak:  I feel like coaching is kind of an under-appreciated role in the MOBA/Shooter world, and as my favorite team (Rival), I wanted to reach out to you first. Why don’t you tell our audience a little about yourself?
AlphaJackal: Hey, my name is Andy Barlow, but I more commonly go by AlphaJackal (AJ for short) online. I am the coach for Team Rival PC and I am a 23-year-old part-time postman in my spare time.

Ragachak: When you aren’t coaching, do you have a preferred role, and do you link it to your style of coaching at all?
AlphaJackal: Uhm, I would say my preferred role is the solo lane. I wouldn’t say that my preferring solo lane goes into my coaching, but the way I play it (very analytical and striving to punish as many mistakes as possible) does go into my coaching.

Ragachak: Do you participate in the scrims for your team for live feedback to your team, or do you watch the tapes/VOD later?
AlphaJackal: 99% of the time I am watching the scrims with my team, giving live feedback. Other times (IE when I’m at work and unable to attend scrims) I will, hopefully, be given the match ID and spectate password so that I can re-watch the scrims and give further feedback

Ragachak: There seems to be some confusion in some corners as to what coaches actually “do”. What responsibilities do you have to your team?
AlphaJackal: Short answer is I watch over the games and give feedback from those scrims; I watch over other teams VODs where possible and take notes to try and strategize a plan to beat them; at LANs I also keep the team focused and organized, whilst keeping their emotions in check.

Ragachak: How important would you say it is to watch the matches/scrims of other teams?
AlphaJackal: Its extremely important, knowing what the enemy is bringing is half the battle. More often than not the high-level competitive games are won/lost on picks and bans, so knowing what they want to draft can give you that edge to win the first battle of the war.

Ragachak: Do you think there are teams that have predictable strategies/metas they adhere to?
AlphaJackal: Yes I do, but I won’t go into detail here about who.

Ragachak: If you could change one thing about SMITE, what would it be and why?
AlphaJackal: I would, given coaching bias here, do a complete overhaul of the spectator client. I would have it fit in more thematically with the game without being too in the way of the match. I would add different functionalities (IE being able to see passive stacks on gods like Ao Kuang/Odin/Kumbha etc)

Ragachak: Do you have any advice for someone who wants to get into coaching?
AlphaJackal: Make sure you have a high level of understanding of the game and are getting into coaching because you want to, not because you’ve been forced to. Make connections have a set of sheets filled with as many stats as you see fit and use those numbers to draw conclusions about where your team needs to improve. Most importantly, don’t be afraid to speak up about issues.

Ragachak: On that note, do you think it’s important for aspiring coaches to be Masters/Diamond/etc? Or do you think that coaching insight could come from lower-ranked players who spend a lot of time analyzing content?
AlphaJackal: I feel that to be a pro player, you have to have both the knowledge level and mechanical level of masters/grandmasters. However, when it comes to coaching, you only need the knowledge part, so long as you’re able to demonstrate that, you can be bronze IV for all I care.

Ragachak: Finally, who is the best God in the game, and why is it Ganesha?
AlphaJackal: You’ve misspelled “worst”. For real, right now I believe it’s between Erlang Shen, Mercury and Athena for best god in the game right now, all for their own reasons.