Hirez Roundup #32: I Dream of Hera 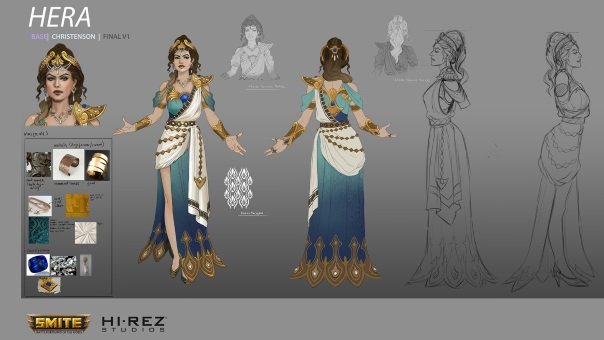 So I completely missed these patch notes when they went live – It’s been a very busy week or two for me, and shows no signs of slowing down. But that’s okay, it won’t stop me from reading them later, and then talking to you about them! These patch notes are a little lighter than some of the past few, which is fascinating as we get closer and closer to Hirez Expo, which descends upon Atlanta in November instead of January. I’m still torn on that, because my January is typically pretty light, making the travel/coverage much easier. Conversely, having it at Dreamhack could bring a lot of folks who normally don’t watch/haven’t tried Smite/Paladins/Realm Royale to the games.  This update also features a new adventure, which is an old mode coming back to life! I did not play the original Joust, but this new/old version promises to be very exciting. Paladins’ 1.4 is also pretty damn interesting too! They’re revealing a brand new event, “Dragon’s Call”, 4v4, where you carry the Warder’s Key Sphere into the opposing team’s Vault a few times to win. the Paladins mid-season balance is absolutely massive though, so I’ll try to highlight a few things in it. The full details can be found here. 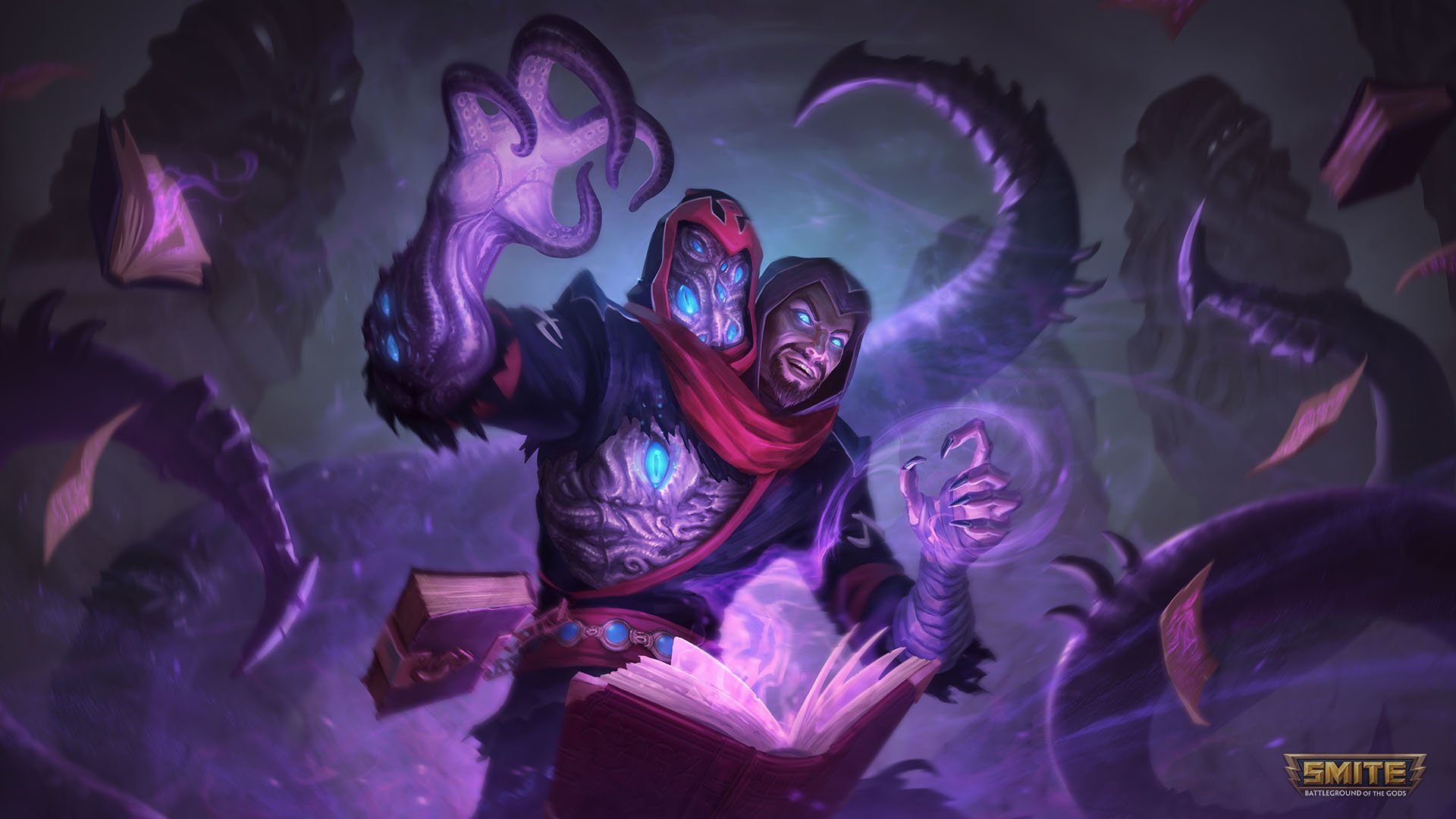 Imagine this is the last thing you see before you perish.

Before I get into the nitty-gritty, I want to discuss Hera briefly. There isn’t much available on her now, and all we’ve seen is some fantastic art of her, and Argus, her minion, who is also a giant. There is some data-mining information on the table for the Queen of the Gods.  There aren’t a whole lot of “minion” gods in Smite that I can think of right off the top of my head. Now normally, I avoid data-mining and spoilers like the plague, but I’m very curious to see Hera come to life, she’s a character from Greek mythos that I think is particularly fascinating. It appears she has a polymorph (You’re a cow, now) and can summon Argus to do her bidding and protect her. So I stand by my “Hera should be a guardian” position. I feel like with her wrath/jealousy/watchfulness, it could certainly work. I just want to say that I’m very excited to see Hera, and have not been so excited for a new god in quite a long time. I’ve been happy with them, but not eagerly awaiting them.

There were probably more bug fixes than there were anything else in this update, all of which can be found in the patch notes below. People just aren’t using Blackthorn Hammer, and while it has a great passive, it’s not always clear who ought to be using it. Now it’s gaining a Health Increase (350 to 450), and a Decrease in Physical Power (30 down to 25). This item is ultimately for Warriors who want to play like tanks and just be unstoppable walls, instead of doling out piles of damage. Silverbranch Bow often winds up with wasted Attack Speed, which is no good, and could have people skipping it because they don’t want to overcap on AS. But now, it has a fantastic new passive that is built right around that: “For each 0.02 Attack Speed you go over cap (2.5) you gain 1 physical power”.  So if you have 2.6 attack speed, you go 2.5+5 physical power, as they provide in the example. It won’t be overwhelming amounts of power, but it goes somewhere, and that’s important. 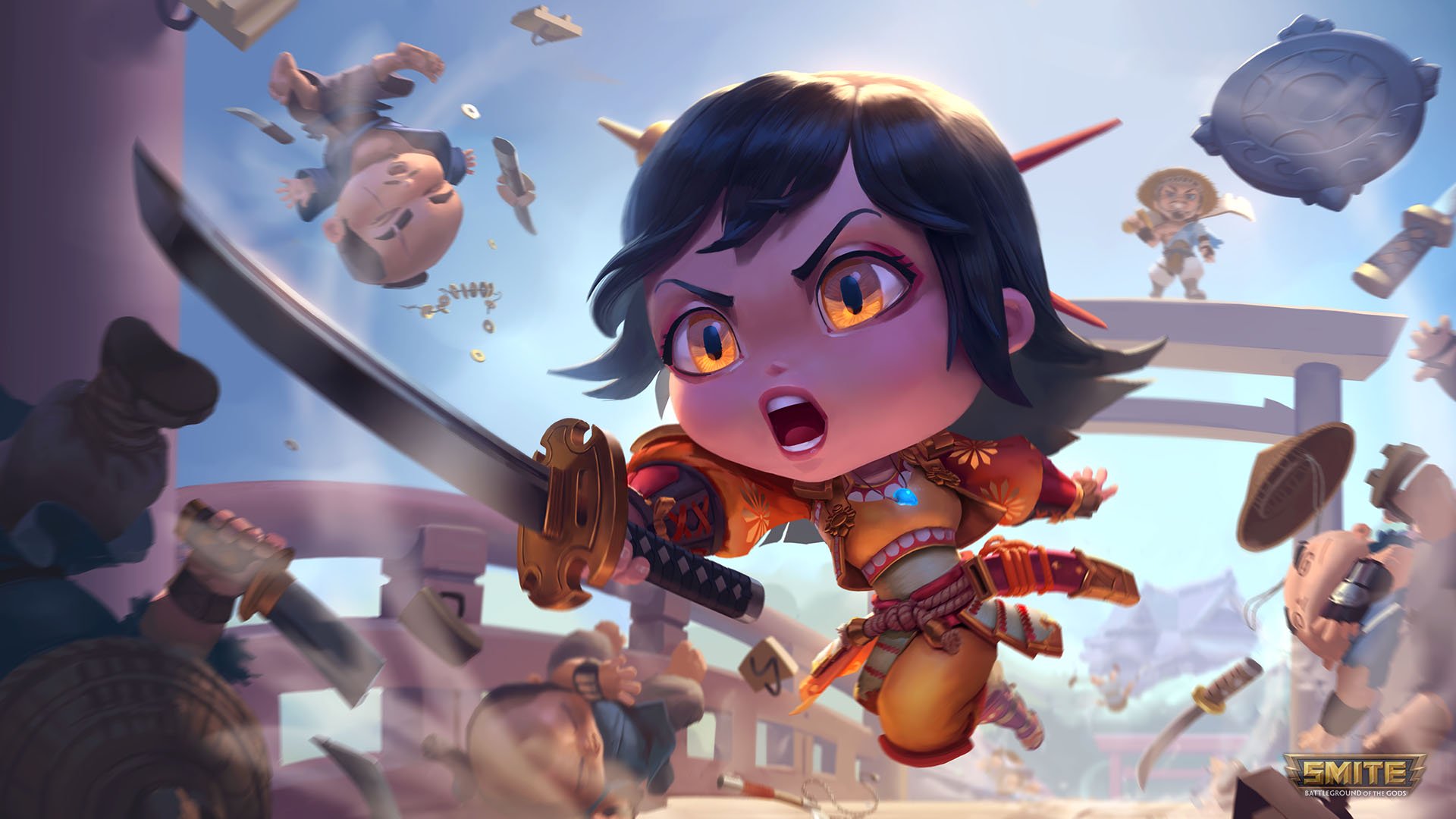 Thoth saw a pretty huge change to his Glyph of Pain, in that it no longer triggers any item effects at all. It allowed him to abuse items that work with ability damage and could be incredibly disruptive and powerful. This is not unique to Thoth, and abilities that could do something similar have been changed in the past, but I’ve heard Thoth mains cry out in pain. Deal with it, nerds. Pele got buffed in a few ways, but not anything huge. When Pele dropped, I thought she was pretty balanced and well-adjusted, having seen some nerfs during the testing period. So with that, she gained 20 more hp (Up to 460 in the base), Pyroclast lost a point of cooldown (which already felt like it was always active and available), and Magma Rush gains some Movement Speed (20% up to 30%). It did feel like she ought to go a little faster. I do not think any of these will make her overwhelmingly powerful. Baron Samedi sees yet another nerf! Life of the Party gains a smaller amount of Hysteria per hit (8 down to 5) and increased the self-slow while casting (40% up to 60%). I still hear murmurs of “Samedi is too strong”, but I don’t really play him because he’s not a guardian.  The last thing I want to touch upon is Fenrir‘s change. Fenrir needs kills in order to get those Runes, to make his abilities have that extra oomph to them. Now, Fenrir gains 3 Runes for an Assist, greatly increasing Fenrir’s ability to be a teammate. Nothing was more frustrating than a Fenrir jacking your kill because “he needed it more bro’, and now maybe they’ll be more considerate! I wouldn’t count on it though! 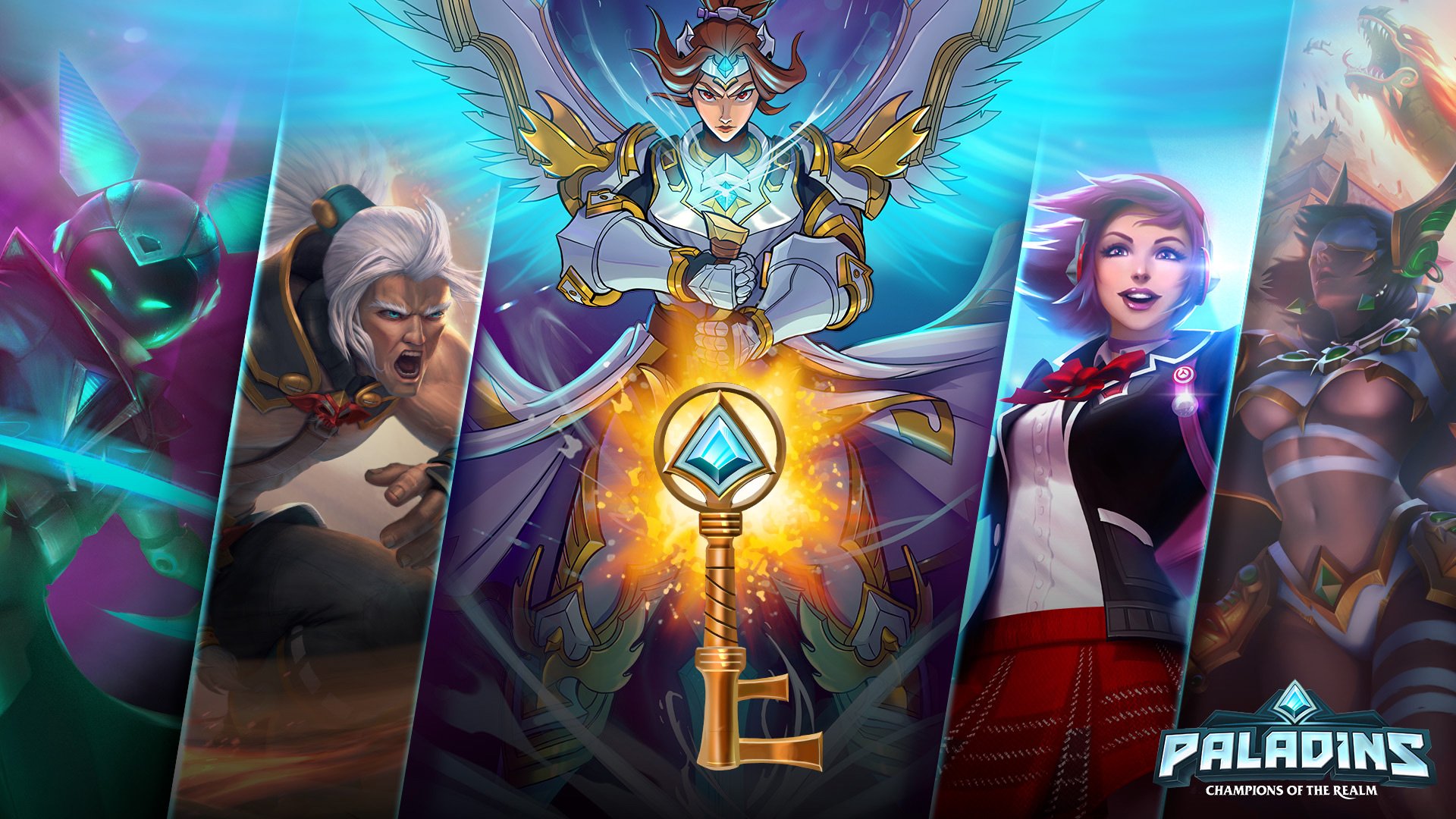 The Vault comes to Paladins!

I’ve missed playing Paladins, and I just haven’t had the time to really sit down and get wrist-deep in either game. If I’m honest, the part of the game I enjoyed the most (competitive), lost some of its flavor when I started the hard backslide out of Gold. It can be incredibly vexing to feel like no matter how hard you play or how much of a team-player you are, some people simply don’t care about winning. So, I have ceased all competitive play across both games, because it was not healthy for me as a person. Perhaps I’ll come back to ranked play, but all it did was upset me. As an aside, I do like that the skins in the Dragon’s Call Bundle can be purchased directly (600 Crystals), but it’s ultimately cheaper to just get the bundle (1200 Crystals) to get all three of them. There are some awesome cosmetics that can be gained by playing the mode as well as a nice pile of gold. So that’s neat, and so is “The Vault”, which is a new store that will have exclusive Event Skins in it. Think of it like the Smite Adventure Keys, same deal: The Dragon’s Call Bundle also has a Vault Key. The first skins in it are Jade Priestess (Seris), Demon Slayer (Zhin), Academic (Skye), Raeve (Maeve) and a new skin, Aurora (Furia)! Love it.

So I’ll discuss a few of these champion changes because there are some I love and some I love. . . a bit less. I understand Androxus‘ change, but I’m not wild about it. Defiance is supposed to be a finishing move after a few hits from the Revolver, but a lot of Androxus players tend to fire from a fair distance so the punch is basically worthless. Now it has some range on it, with a reduced frontal cone, and can now also hit multiple players if they’re close enough together. His Thresher talent has an increased Health Threshold (40% up to 50%). Buck‘s Bucking Madness seldom got picked, much less got to take advantage of its benefits, so it is getting a pretty major change. Now “Eliminations increase your attack speed by 20% for 10 seconds”. I don’t have a dog in this fight, because I hated Bounce House the most. But it gives Buck more options, which is always a nice thing. Maeve‘s Street Justice talent now executes at 35% health with pounce, and honestly? That’s terrifying. Sure, it probably balances Street Justice a bit, but 35% is kind of horrifying. Before I get into those sweet healer buffs, Khan‘s Lian’s Shield gains more Shield Effectiveness (60% up to 100%). 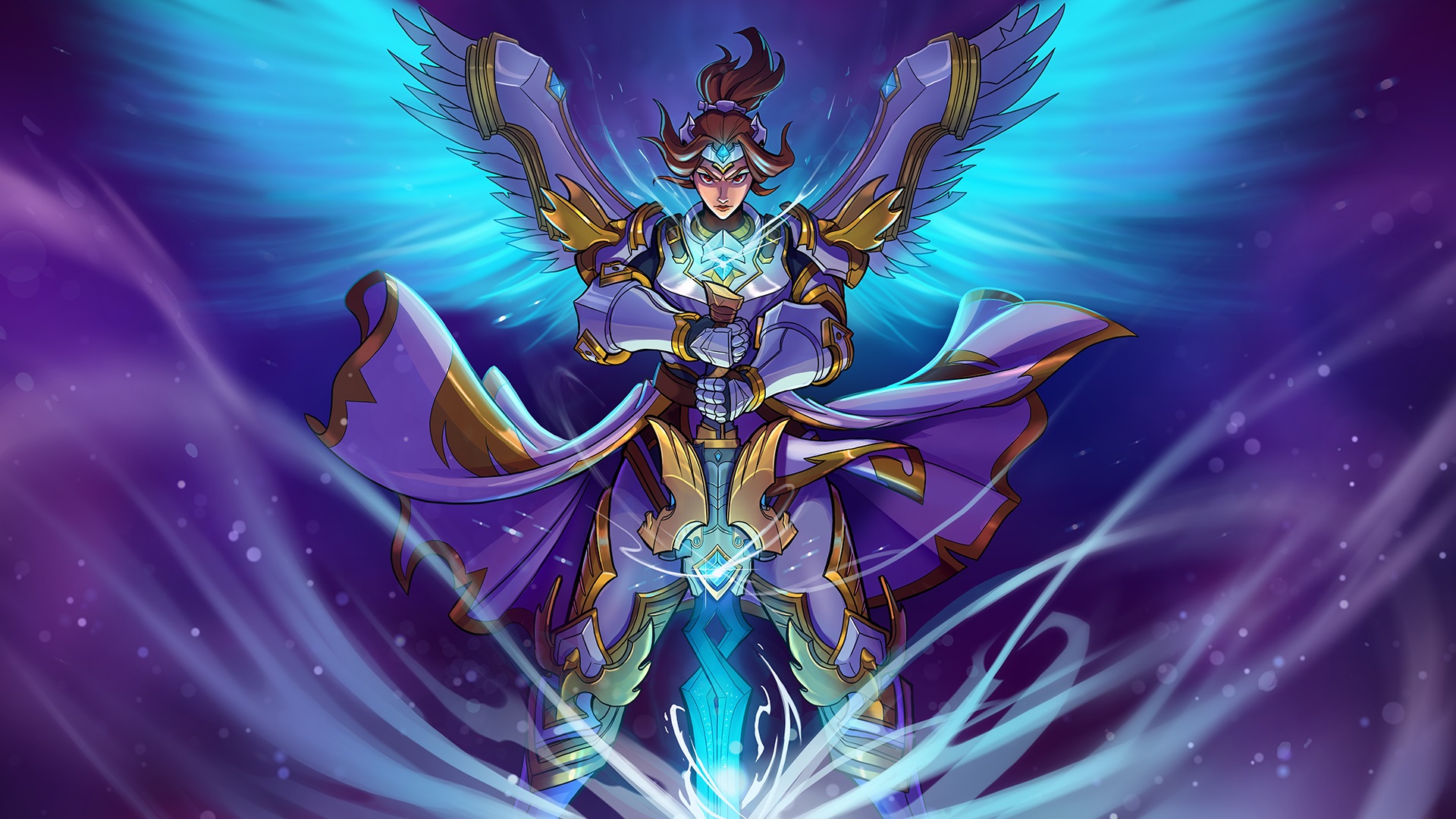 Furia receiving nerfs? Blasphemy! Furia is a pure angel and you should give those stats back! That being said, she was outhealing everyone and will likely still be very relevant after these changes. Kindle Soul has a smaller range now to make it more of a challenge (175 down to 120), and a pair of her cards were adjusted slightly: Hallowed Sight has reduced Reveal Length (2|2s down to 1|1s) and Light of Dawn had a reduced Shield (100|100 down to 50|50). I love Furia, but she was a bit much. Can we all be happy that Grohk got some love though? Now his Lightning Staff deals up to 30% increased damage the longer you’re on target, and the Spirits Domain talent lets it now apply a direct heal to allies in addition to the Healing Totem (which can be applied up to 100 ft. away). Tempest now also grants flight, increased radius and increased duration buffs also got added to it. The Maelstrom has a Cooldown reduction to Shock  Pulse (0.3 up to 0.5s). Oh, and Pip now heals people with his Weapon Shots using the Combat Medic talent. The real question is, will Pip mains use it? Probably not, because they’re greedy jerks.

I love a lot of these changes, and I’m very grateful to see some sweet healer and tank love. Guess I have to come back to Paladins in 1.4 to see what things feel like.