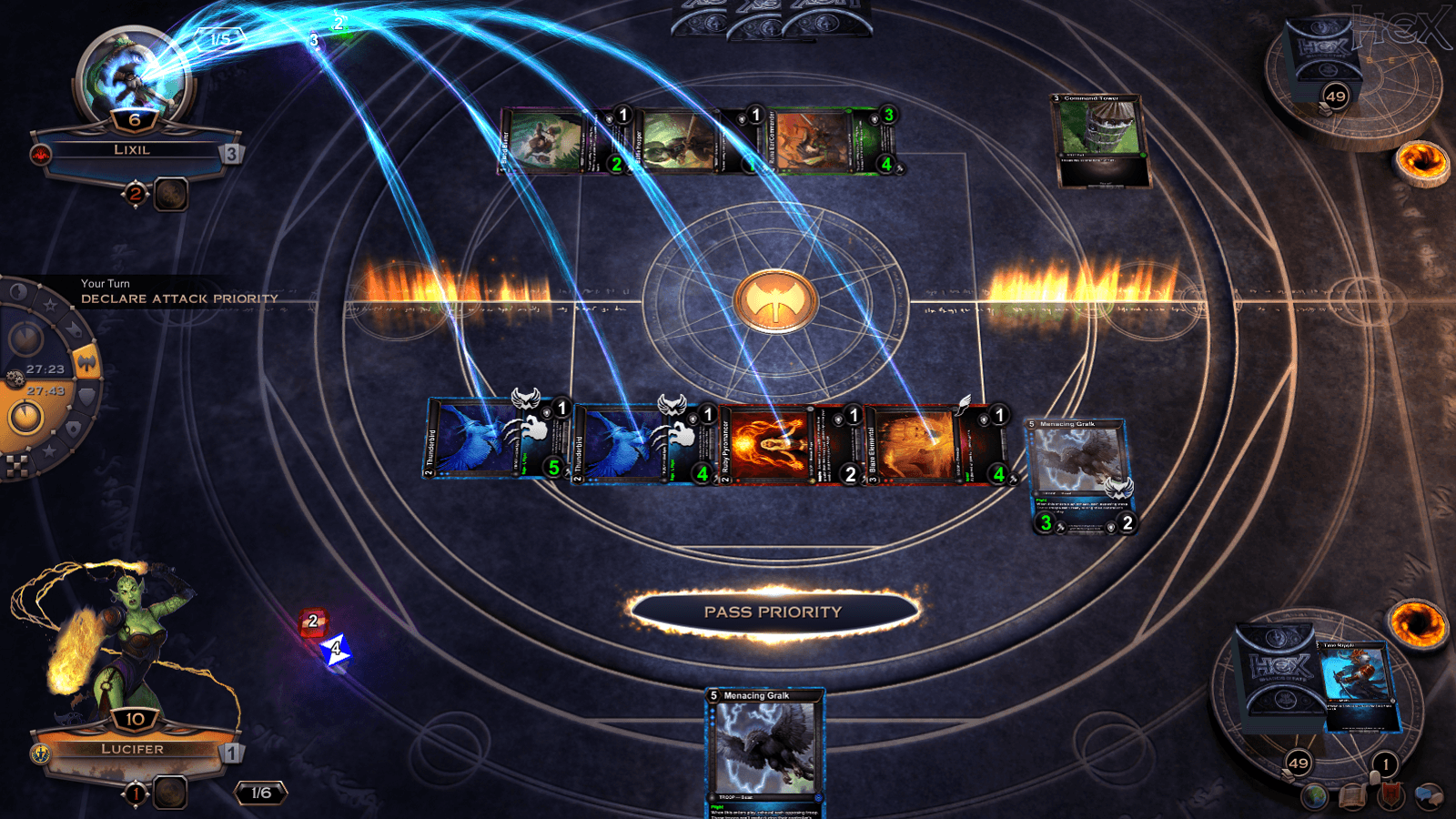 On October 6 Gameforge and developers HEX Entertainment will start the ball rolling on the previously announced Hex Invitational Tournament for the digital trading card game HEX: Shards of Fate. Alongside a prize pool of $100,000, finalists can expect to travel to the USA for the offline finals held in Lake Forest, California.

Schedule
The full tournament will take place over the course of a number of months. To ensure that all players enjoy the same conditions, irrespective of their local time zones, the tournament is split into a variety of phases. In the opening phase, the regular rewards in the form of booster packs will be complemented by so-called Qualifying Tickets.

In this way, all players participating in the planned daily Constructed and Sealed tournaments will have an opportunity to qualify for the next round. The number of tickets earned is determined by the players’ rankings in their respective rounds.

The best players from the first round will subsequently play off against one another in fixed qualification tournaments for the HEX Invitational. Requirements for participation include a qualifying deck, which includes the starter decks, and 10 Qualifying Tickets. Players surviving this knock-out phase will then travel to the USA for the grand offline final to determine the ultimate winner of the tournament.

Modes
Given the number of players and the large number of individual matches, the qualifying tournaments will make use of the Swiss system. Participants will compete against one another over a fixed number of rounds, where defeat does not entail being eliminated from the tournament.

Once the playing field has been reduced, the tournament will move onto a knock-out phase using a single elimination format, whereby only the victors of each duel will progress in the tournament. The winners of this stage will qualify for the grand finals in the USA.

In combination with the different game modes used during the tournament schedule, the two chosen systems serve to underline the level playing field this competition provides all participating players.