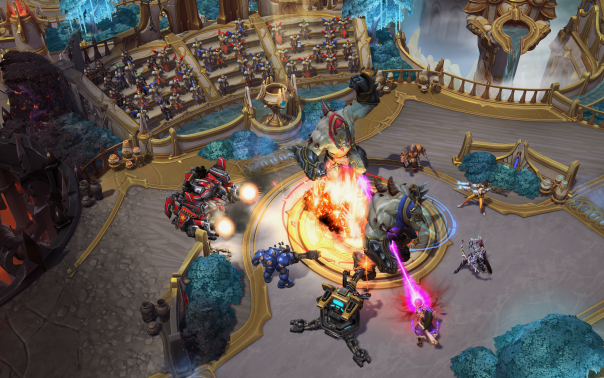 Heroes of the Storm has launched a major content update today, adding the new hero Samuro, and the new mode Heroes Brawl.

Samuro, The Blademaster, comes from the Warcraft universe. As the last remaining Burning Blade blademaster, he has gone on a pilgrimage for revenge and redemption. His kit is as follows:

Heroes Brawl is a new mode with rules that change weekly. There are many variations of this mode that involve special mechanics, mutators, hero picks, and more. Consider “Hammer Time” which features perma-thruster mode on Sgt. Hammer, the one-lane Lost Cavern, and many other yet-unspoiled adaptations. Players can earn unique rewards and gold by participating in three brawls each week.

There are, of course, other updates and tweaks, so make sure to check out the full patch notes before you get in game.