Hero of the Obelisk Goes Big with Dungeon Master Update

HOTO’s Dungeon Master Update showcases the expansion of Altea (the continent to which players reside) where 5 new level 50 dungeons are revealed: Auritalt Mine, Forest of Lost Souls, Sahardion Desert, Underwater Garden and Lifeless Sanctuary, in addition to 3 new Hardcore dungeons (level 50, level 20 and level 10 respectively) for those who seek greater challenges!

On top of this, a new Open Field known as Leinjawe Forest has been included for level 20-30 adventurers brave enough to enter (Open Fields are high risk, high reward zones where monsters hit hard but drop highly-prized items)! A new exclusive zone within Trinzel (the main town in Altea) has also been added. The castle known as Lauren Fortress will be accessible to Trinzel’s ruling guild members, who will now be able to enter the Hall of Champions to which they’ll be able to challenge a powerful wizard. Defeating him and his minions will unlock a vast wealth of treasures!

The much anticipated update also brings a major revision to the current classes’ skills. Alterations were made to better balance each class’s role which includes removal of some old skills and additions of new ones. Hero leveled characters (level 50+) will also be able to unlock one extra new skill at each level. Take the opportunity to test out these skill changes in the newly added Colosseum; a special area used for GM events and PVP matches.

Lastly, new and old players will now appreciate that Trinzel has received a facelift. The introduction of Open Field portals, main dungeon entrance, and class NPC relocations to the center of town will make travelling a lot easier and quicker! In addition to the town’s improvements, quest tracking and leveling has been simplified for beginners. Quests now have directional arrows to assist players throughout the storyline and the experience required to level has been lowered! 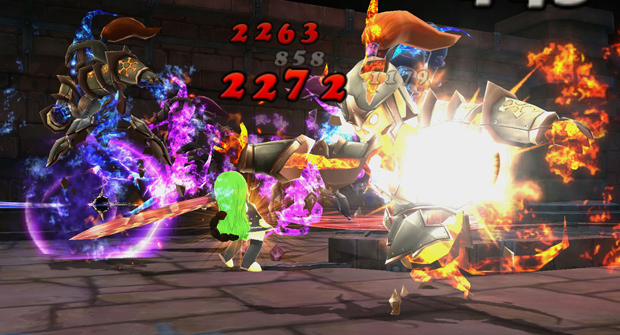 For all the latest news and information on HOTO and to download and play for free, visit http://hoto.gbegames.com