Heavy Metal Machines Introduces Its Second Season: Into the Abyss 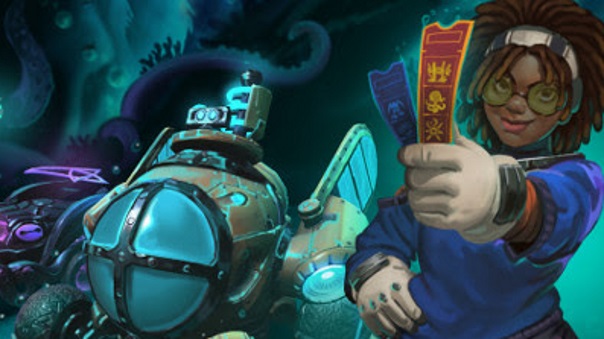 The PC car combat MOBA, Heavy Metal Machines gets ready to dive into the abyss. The second season of its Metal Pass, Into the Abyss is now available for all players and combines unique gameplay, fast-paced action and Heavy Metal attitude that the game is known for. In addition, it will have that special Lovecraftian horrors of the deep, and a new playable character: Jada “Stargazer” Jemison, a young astronomer, fallen from a space station. She’s come to prove herself in the most metal of arenas. Stargazer was created based on feedback from the game’s community and is inspired by Mae Carol Jamison, the first African American astronaut. She is a full support character that features brand new mechanics of teleportation and attachment to other vehicles. In addition to her Orbital Laser that can shoot down opponents and a Life Support healing ability, Stargazer can warp to a selected position on the track, as well as attach to an ally so that their vehicle is repaired over time.

“We consider the players to be the most important asset we have in Heavy Metal Machines”, says Tatiana Moreira, Hoplon’s Head of Marketing and Publishing. “That is why we are thrilled to finally be able to deliver this content largely based on player feedback. We think it is important to not only add new content, but new mechanics for the game to be constantly evolving, and to show our willingness to listen to feedback from veterans and new players.”