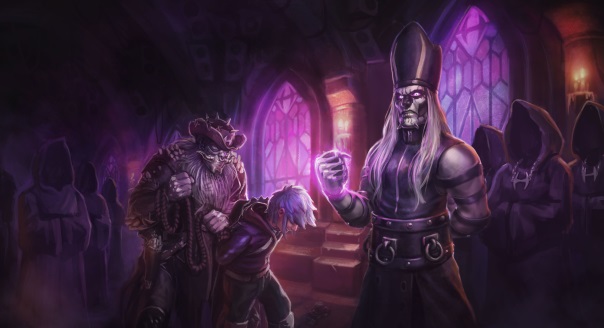 Game developer Hoplon today announced that they have been in contact with the Metal Sect about the recent attempted shutdown of the Heavy Metal Machines arena, and have been assured by their leader Metal Herald that a suspect is in custody. The elite hacker, who goes by the handle ‘Stingray’, has reportedly been taken to an undisclosed location where he will be prepared to enter the arena to answer for his crimes.

According to a statement received by the team at Hoplon from Metal Herald, “the childish hacker Stingray made a foolish attempt to subvert the word of the Metal God, and temporarily shut down our broadcast servers. Our Acolytes are working under the watchful eye of the Metal God to restore full access to the Heavy Metal Machines arena, but until then we will be broadcasting the glorious battles of the arena on a new schedule: