Hearthstone Revealed Entire Set of Cards for ‘The Boomsday Project’ 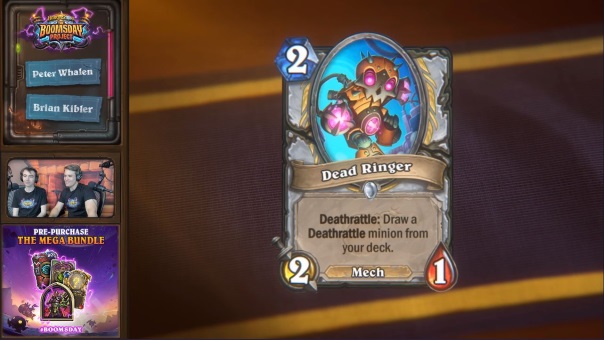 Not too long ago, Dr. Boom’s newest interns, Hearthstone‘s Lead Set Designer Mike Donals and Sean”Day” Plott revealed many of the cards for the upcoming “The Boomsday Project” expansion. These new cards, which were experimented with in a recent livestream included two new Legendary Spells, “Flark’s Boom-Zooka” for Hunter and “Floop’s Glorious Gloop” for Druids! There are also pre-release events coming to special Fireside Gatherings, which can be found below. Players can open any packs they have from the upcoming Hearthstone expansion early, and play with them in these Fireside Brawls.