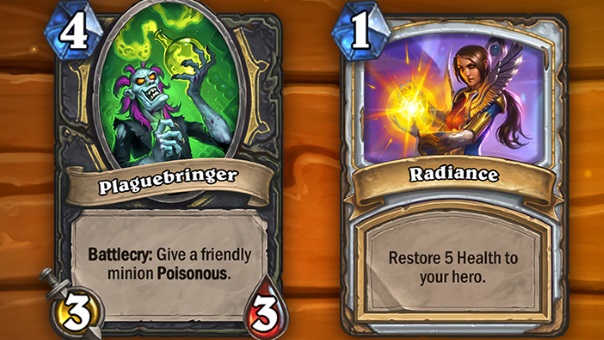 As Hearthstone grows and more and more people dive into it, it becomes important to revisit past designs and make sure they are in line with the present foundation for the game. With that in mind, the Hearthstone development team released a new blog, which you can find below, going over the notion of Class Identity, Classifying the Classes, and more. Each class is supposed to have an Identity, which adheres to this classes fantasy (What they excel at, and where they are weak at).

Each class is then broken down into three categories: Strengths, Limits, Weaknesses. There are several cards that simply don’t’ fit into these lines for the various classes, and this is going to be addressed in an update. Two cards in this particular update will be moved into the Hall of Fame – Mind Blast and Vanish. They will instead be replaced by two new Basic cards with effects that adhere to the class design a bit better.  These cards are:

In addition, there are some new cards that will be available in Classic Card Packs (and also craftable with Arcane Dust):