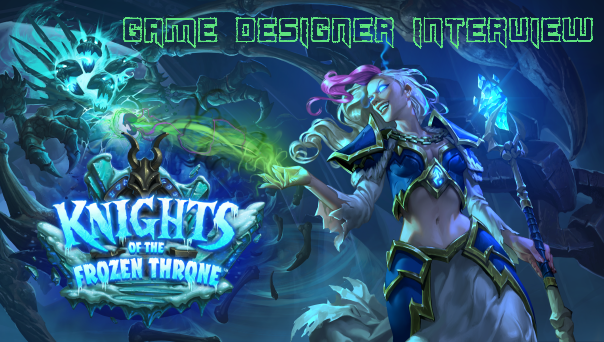 We recently had the chance to speak with the developer and design team at Blizzard Entertainment behind the upcoming expansion for Hearthstone, Knights of the Frozen Throne. With the expansion launching on August 10, featuring over 130 new cards and multiple new ways to shake up the Hearthstone meta, read on to find out more about how this expansion will shape Hearthstone’s future.

What is the vision behind Knights of the Frozen Throne?

We’ve wanted to do something involving the Lich King, and Death Knights, for quite some time. When we were trying to figure out the best way to bring it all together, we had this idea…what if we killed all the heroes, and they came back as Death Knights? The timing for this story fit perfectly with our new plan to do full 135 card expansions along free single play missions. We can’t wait for players to experience the story and to get their hands on the free Legendary Death Knight Hero Card that we give away after the prologue! 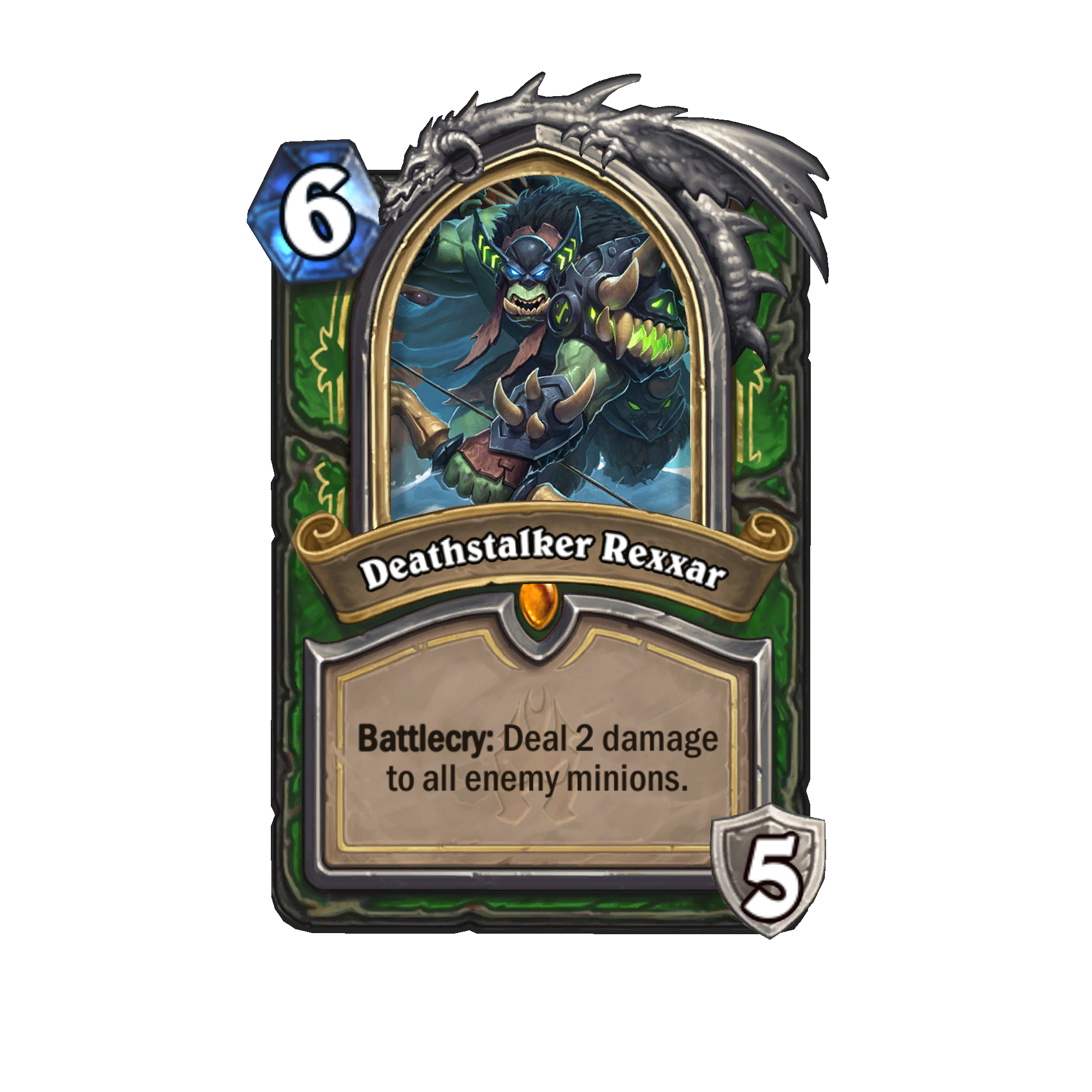 How does a set typically come together? Is it built from the ground up with a particular gameplay mechanic in mind and then the lore is tacked on later, or is it the other way around?

We find that we get the best designs when we approach from two different design directions. First, we determine a strong flavor for the set. Then we try out a bunch of different mechanical ideas that make sense for that flavor.

Then we iterate on both parts to bring them together in a cool way. Having flexibility on both sides means you can get the coolest results.

Since we also have missions in Knight of the Frozen Throne we added that into the mix. We can be pretty flexible on missions, so we use them to help tell the story of the expansion. 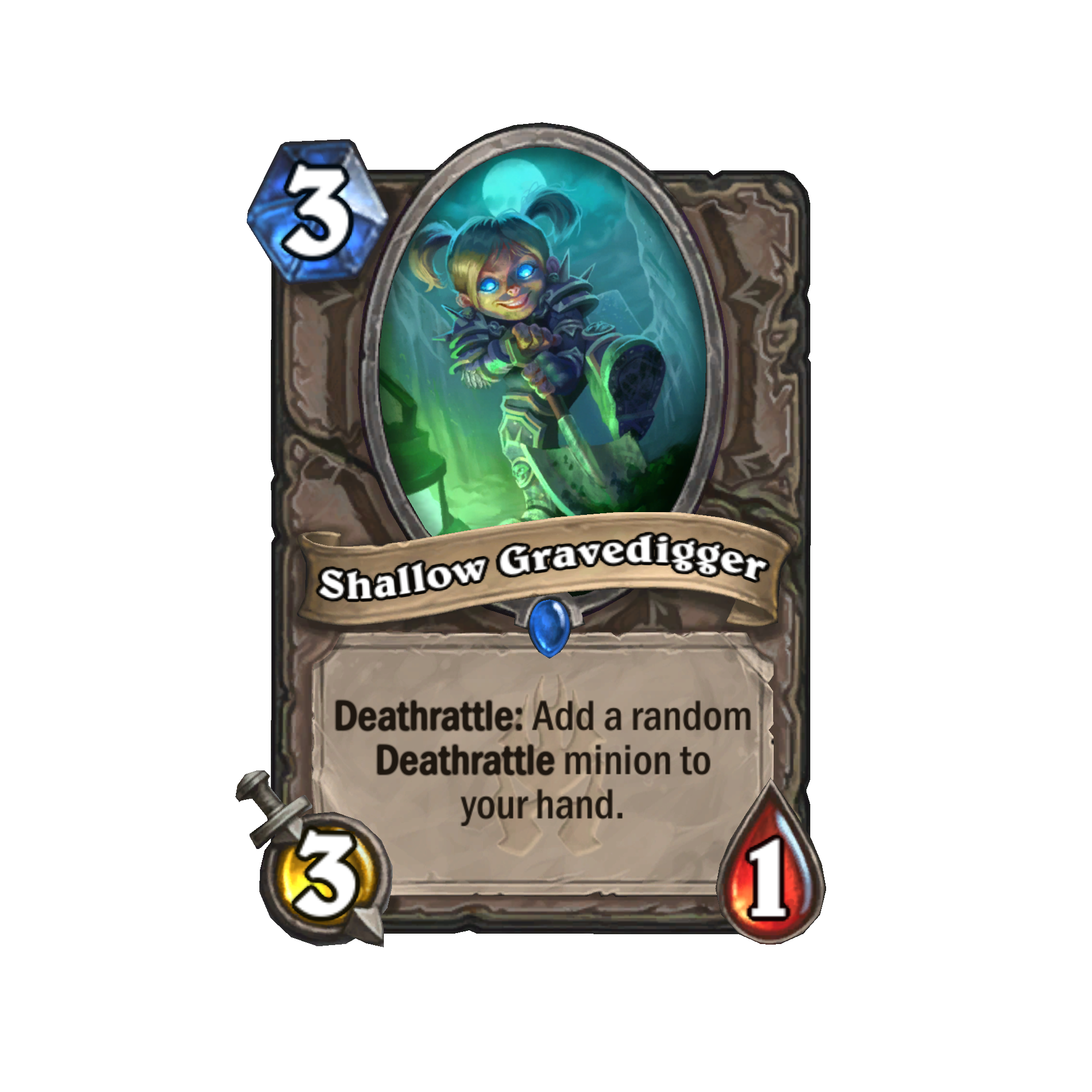 Around the launch of the previous expansion the meta at all levels was seeing experimentation on a scale like never seen before in Hearthstone, will Knights of the Frozen Throne spur something similar?

We hope so! The meta going into this expansion has been really amazing to see, and we hope it continues with these new cards, and going into the next one!

For Knights of the Frozen Throne we don’t have the Standard/Wild rotation happening at the same time so we do expect a bit less change.

By extension, what’s the predicted impact on the competitive scene?

At HCT Spring Championships we saw a range of decks from players around the world.

Tournaments in the first month after a new expansion is released are always awesome to watch because the players who are creative deckbuilders are often rewarded. Rewarding experimentation like this is important to us.

There’ve been complaints balancing takes too long and/or is too heavy handed, what’s the process like behind the scenes?

We have a lot of conversations internally about balancing after a set releases. Our philosophy is generally two-fold. We look out for cards that are dominating the meta, or somehow causing a domino effect  – this is what we saw with Quest Rogue, for example. The meta became focused around how to counter that deck. The other thing we look for is how fun the deck is to play against, the interactivity of it. Players should be able to see what the deck is and be able to take steps to work against it. If that’s not possible, we want to look into adjusting something. 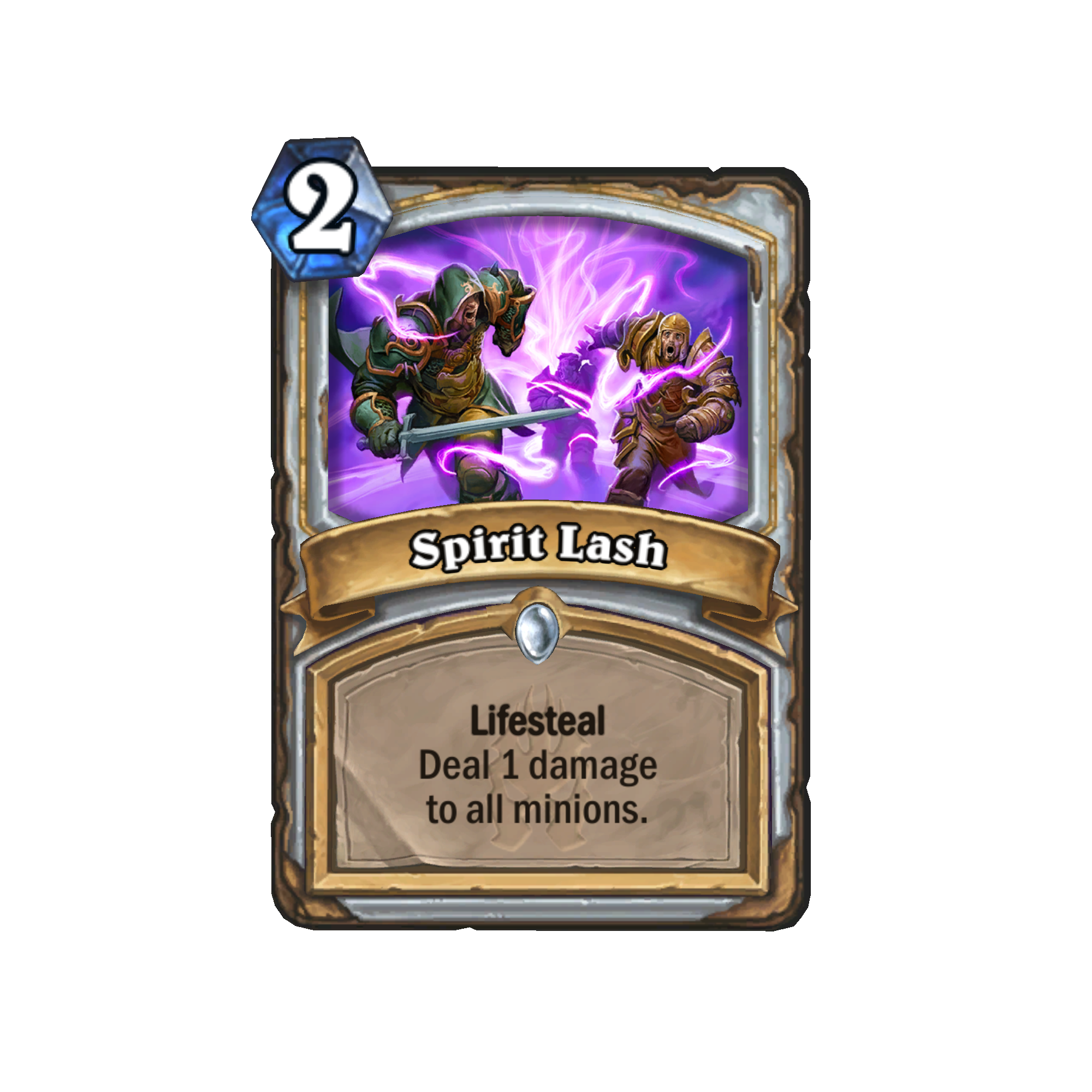 After Un’Goro many of the top decks changed, however Pirate Warrior continues to see high levels of play, will KotFT introduce anything to help keep aggro warrior in check?

We think there are several cards coming up in the next expansion that will help with different decks we have been seeing in the meta. Pirate Warrior could be one.

In addition to making new decks viable, we try to avoid giving good cards to the best decks but sometimes it is hard to know since we design so far in advance.

Caverns Below was nerfed recently, is that a sign additional Quest Rogue synergies are incoming?

It wasn’t about the future cards for Rogue and more about what was going on in the meta itself. Each expansion always brings with it more interesting combinations and possibilities, but we wanted to make sure going into Knights of the Frozen Throne the meta was as healthy as possible.

Team 5’s been pretty generous with rewards lately, specifically double gold, is it because of pressure from the community? 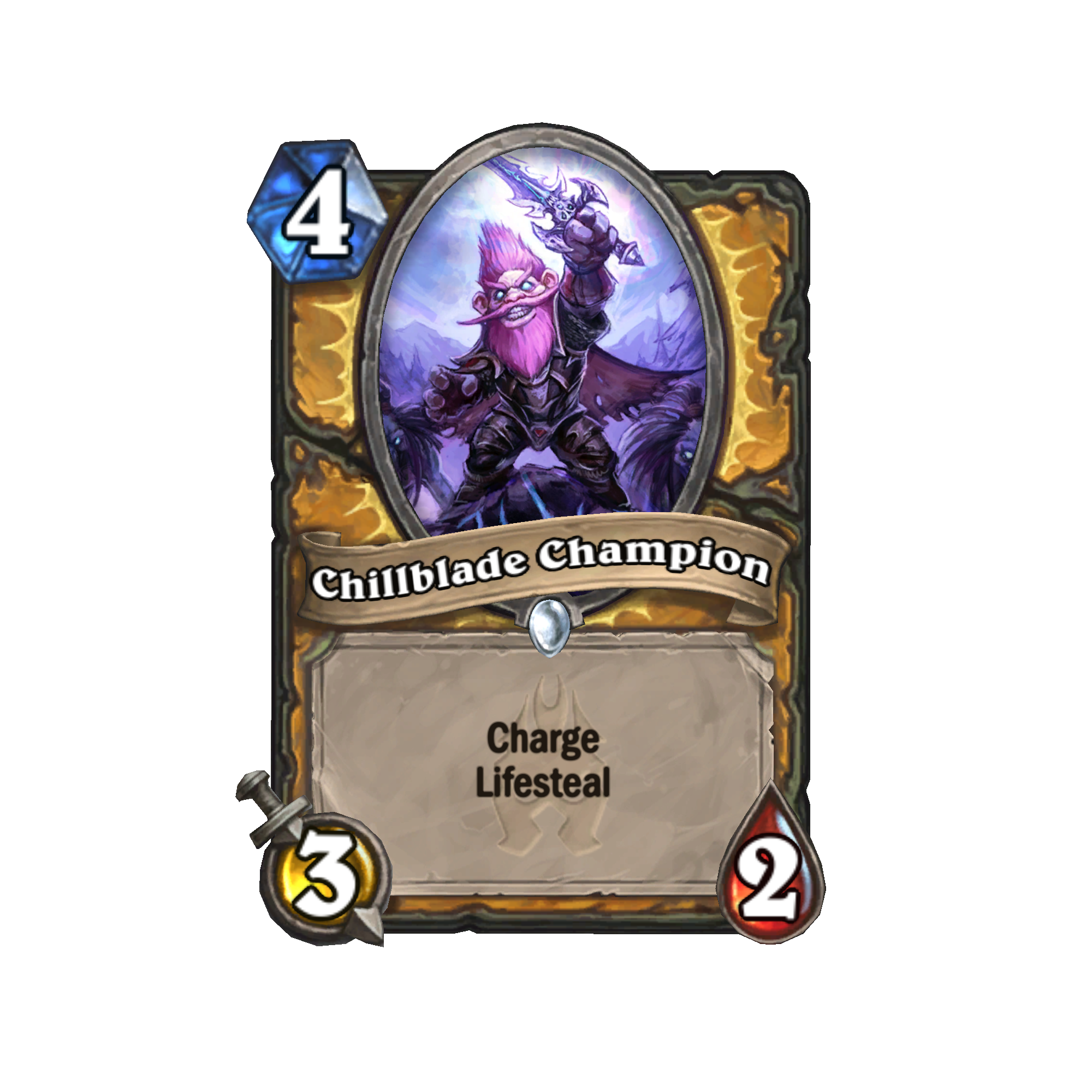 We are always watching feedback from the community. Recently we’ve made several changes based on feedback and observations of things we wanted to improve on, such as legendary card rates, and engagement for players. Having things like the Fire and Frost Festival is a fun way to engage players in between content releases, and we are excited to do more things like that in the future.

The most recent HCT Spring Championship Tournament had an unusually high amount of games affected by RNG, does that kind of thing affect the design process?

The amount of RNG in each championship can vary, depending on the decks in the meta at that time. This time around we did see several people cards with RNG mechanics, but RNG is also a skill tester, especially at competitive levels like what we see at HCT events. It takes skill to be able to react quickly to something new on the board, and asses next steps to still try to win the match despite whatever has been thrown at you. That’s what makes the game different than from something like, say, Chess, where all the moves are predictable. 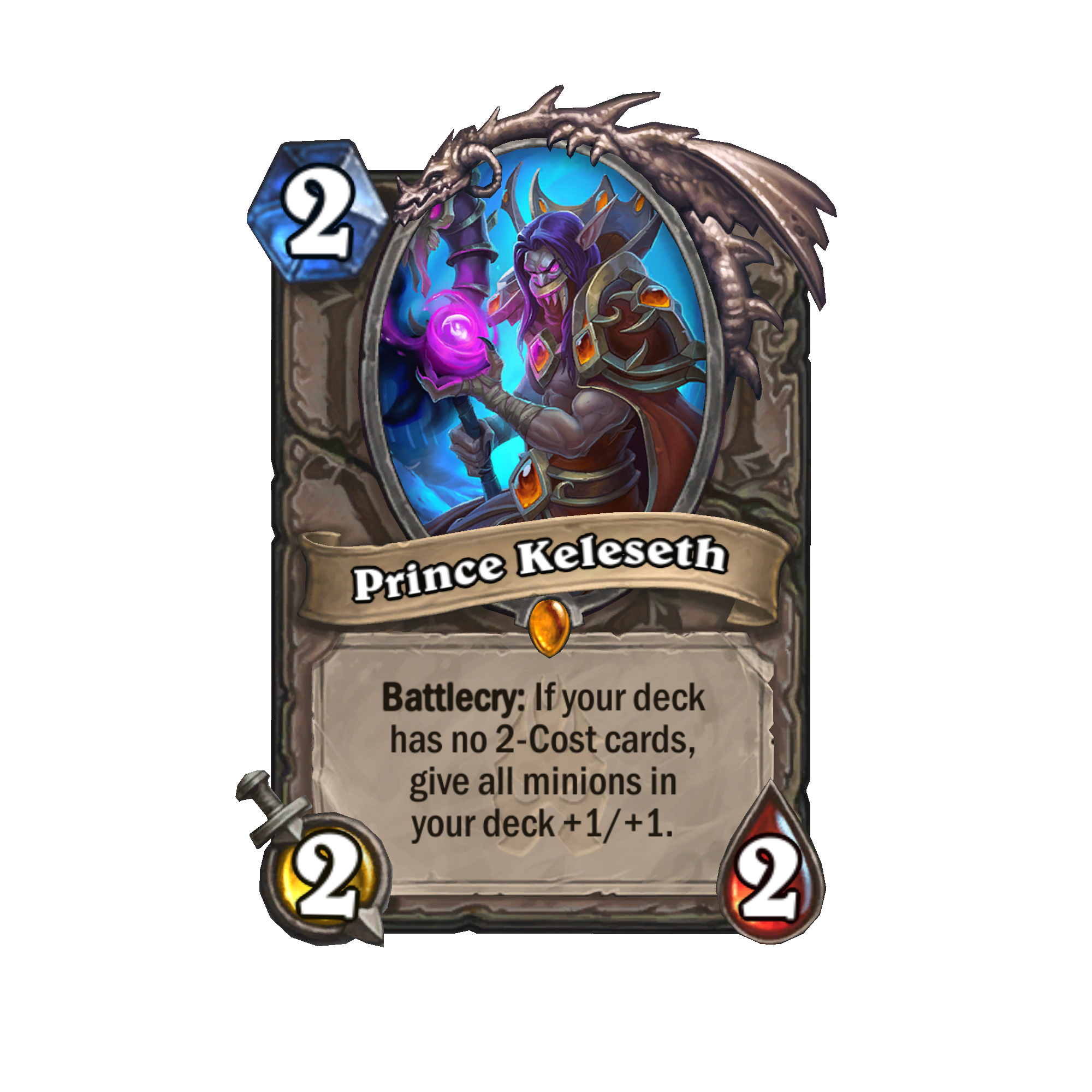 Typically a game has hundreds of small decisions that affect the outcome. Regardless of randomness those decisions can have a much bigger impact on what happens.

Also, will the new set have roughly more or less than an average amount of randomness?

We always want to include cards with an element of randomness in our sets. We don’t want to oversaturate the meta, but it is something you can always count on with our sets.