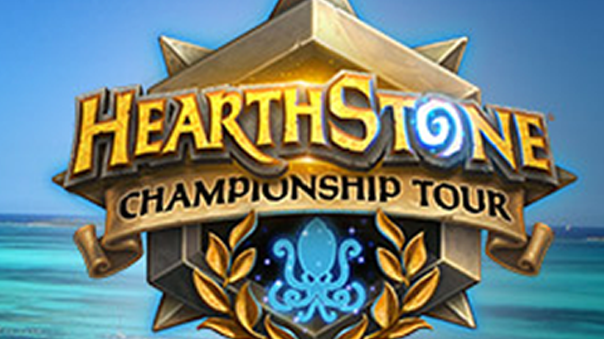 The top players from around the world gathered in the Bahamas last week to fight for their piece of that incredible $250,00 dollar prize pool and a ticket to the World Championship at Blizzcon.

The first series of the tournament kicked off some… rather disappointing play.

Cloud9 and America’s representative, fr0zen, though he won, was clearly a bit off his usual game. From playing cards in the wrong order to miscounting lethal, he’s actually quite fortunate his opponent didn’t punish his mistakes harder. Still, he moved on, but not for long.

Immediately after his nearly disastrous set, he ran into ShtanUdachi whom had just run XHope into the ground. Similarly, ShtanUdachi would quickly and convincingly take down fr0zen.

Over in set B, DrJikininki, Neirea, LovelyChook, and Palmblad played their relatively uneventful games. Notably the players trying to win with Dragon Priest and Freeze Mage had a particularly rough time, but it was Neirea and LovelyChook to move on.

Surprisingly, Pavel, one of the most successful Hearthstone professional players in the scene, wasn’t able to win enough games to stay in the tournament. First he lost to LvGe in a 7 game brawl, decimated Yulsic in only 4 in the next, then was pretty much reverse swept against DocPwn – certainly not an expected outcome for the reigning World Champion. (RIP Packs)

Disappointing as it may be, I still got a laugh out of watching him play; at nearly every opportunity he would glare at his opponent. Was it to read facial expressions? Maybe just to make them feel comfortable and misplay? Either way, DocPwn was having some fun with it.

And finally on to the group of death which held, by far, the most shocking results of them all. Let me set the stage here a moment, GreenSheep was second place at the previous championship (which he lost to Pavel), OmegaZero is a Chinese Hearthstone God, and then here come two nobodies, SamuelTsao and Tarei, looking for something to prove.

Astonishingly, the favorites were the ones to be knocked out. SamuelTsao in particular looked like he was hanging on for dear life every turn of every game he played, but nonetheless came away with victory.

DocPwn pwned, as it were, Tarei in a clean 4-1 win earning himself a spot at the world championship come Blizzcon.

fr0zen, having finally calmed his nerves, took a difficult 4-3 win over Neirea.

The very same dude that I could not believe made it out of groups, gave even the unstoppable ShtanUdachi trouble by taking the semifinal series to a nail-biting 3-3. However, Shtan would still be the one heading to the finals with an overwhelming Jade Shaman performance.

The craziness doesn’t stop there though, fr0zen annihilated DocPwn in a 4-0 series. Like, what? Can that even happen at this level play this far into the tournament?

At long last, after a week and over 60 hours of intense competitive Hearthstone we had a finals pitting Cloud9’s fr0zen, who started off a bit rough but quickly came back, and ShtanUdachi, the fast-playing unstoppable Hearthstone God from Russia.

And of course, it would go all the way to the wire in an extremely close 3-3 series as the heavy handed Renolock and RenoMage tested their macro decision making against each other. While he put up a great fight throughout the entire tournament and never gave up despite huge setbacks, fr0zen lost this final match and crowned ShtanUdachi as the HCT Winter Champion.

What a tourney, definitely one of the best I’ve seen in competitive Hearthstone. There were upsets, a huge comeback, reverse sweeps, stomps, and a pleasant amount of variety in the play. Sure you can look at it cynically as most players only took 1 or 2 types of the same deck, but at the very least it was nice not having to see the ever straightforward coin-flip Pirate Warrior every game.

Also really interesting to see was how much of a liability Dragon Priest was. Nearly every time a player had to win with it they would have have to play in the upwards of 2~3 games almost always allowing the opposing player to catch up in the series. On the reverse side, some would start with it and hope to find a lucky break allowing them to instead focus on other decks to the take the series with. Notably I believe Reno Mage was their most favored match up; I wonder if players try to mind game their opponents or use statistics to determine when they were most likely to pick Reno Mage and in that instance, use Dragon Priest. I also wonder if that’s why so many players took Freeze Mage instead? Freeze Mage is generally less reliable than Reno, but has a better matchup against Dragon Priest maybe?

Anyway, ShtanUdachi is a beast and I can’t wait to cheer him on at BlizzCon.