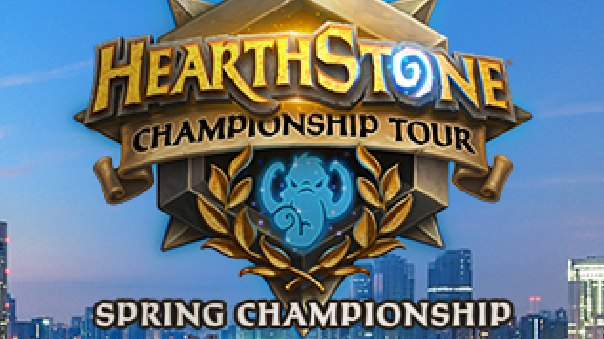 It’s time for another major Hearthstone tournament! This time around, a ticket to the World Championship is up for grabs to those that can make it to the semifinals.

CitizenNappa (1) vs. Hoej (3)
Our first set of the single-elimination round was a bit lackluster, Hoej uneventfully took the series and moved on to the next stage of the bracket.

Ant (3) vs. Mage (1)
Now it gets interesting! The introductory match between Ant and Mage was a ridiculous Evolve Shaman mirror matchup where both players traded Evolves and Devolves throughout the entire game which the American representative was keenly able to take advantage of. As you can imagine, being in the losing position can make one a touch bitter, and Mage certainly showed it by trying to glare down his opponent, unfortunately for him however, his troubles had only just begun. In the following two games he would get terrible draws, unlucky coinflips, and become a victim to one of the most disgusting games in competitive Hearthstone. If you’ve played Arena you know just how absurd a Vicious Fledgling can get, now imagine that x2. That’s right, Ant got 2 Fledglings going by only turn 3, feelsbadman.


Kuonet (1) vs. Neirea (3) *Match of the Tournament*
Similarly, these next two quarterfinalists had quite the doozy of a series, the Secret Mage versus Quest Warrior in particular was one of the best games of the tournament. Just when you think Neirea’s down and out against the spell slinging magician he rises from the pit of despair with naught but his armor and an indomitable will to survive. At first I thought he was just going through the motions before a next-turn-lethal, but to actually be able to come back from such a vulnerable position truly showcases just how good of a player he is.


Kolento (3)  vs. Rdu (2)
You can make all the preparations in the world but if RNG’s not on your side you’ll be stuck in the ground with all the other worms, and unfortunately for Rdu, it looks like he’ll be eating dirt for dinner as he lost 3 straight games with his Evolve Shaman. Credit to Kolento though, he didn’t win with just luck, being able to keep cool and stay focused long enough to reverse sweep one of the best players in the tournament for the World Championship qualifying match is incredibly impressive.

Ant (0) vs. Hoej (3)
Somewhat of a disappointing series in my opinion. No doubt huge kudos to Heoj for a spectacular series -especially in the last game where he adapted his win condition to take advantage of a bunch of Wisps from a Devolve- but still, I had really high hopes for Ant. If you watched his previous games it’s readily apparent that he’s a fantastic player with an incredible wealth of experience, he just wasn’t able to showcase it this time around.


Kolento (3) vs. Neirea (2)
Once again Kolento went to an endurance-testing 5 match set, this time however he was the one very nearly reverse swept. If not for a brilliant Auctioneer turn he himself would’ve been sent home early.

Hoej (3) vs. Kolento (0)
Another 3-0 finals. Well then. That’s pretty anti-climactic if I do say so myself. Furthermore, it was made all the worse by some pretty nasty randomness aimed at Kolento. Oh well.

Welp, my interest in competitive Hearthstone continues to dwindle. Don’t get me wrong, it’s still pretty fun to watch, but more and more I just fail to see the strategic depth that I crave. I totally get that pros spend a long time preparing for the tournament in various tactical ways, and there’s something to be said about their respective experience, however when RNG plays such a heavy hand in even the highest level of play I just struggle to actually give a damn.

Check out the decklists and vods here.