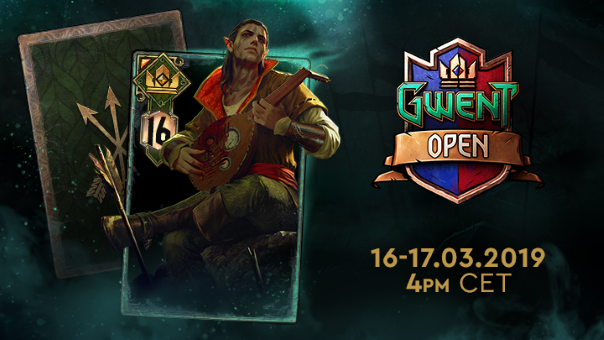 Competitive GWENT is back starting this weekend! The best pro GWENT players duke it out this weekend (March 16th/17th). Players will compete for shares of the 25,000 dollar prize pool, as well as Crown Points. Crown Points are the ranking points of the official GWENT esports series. Finalists of the tournament will qualify for the next GWENT Challenger, which precedes the series’ grand finale.

The Quarterfinals take place on March 16th, with Semifinals and final to follow on the 17th. Both begin at 4 pm CET on the official CD PROJEKT RED Twitch Channel, linked below. Additional coverage will be provided by the GWENT Masters Twitter. In addition, there will be announcements and reveals for the first expansion to GWENT – Crimson Curse as well. Crimson Curse releases on March 28th, 2019 on PC, Playstation 4 and Xbox One.