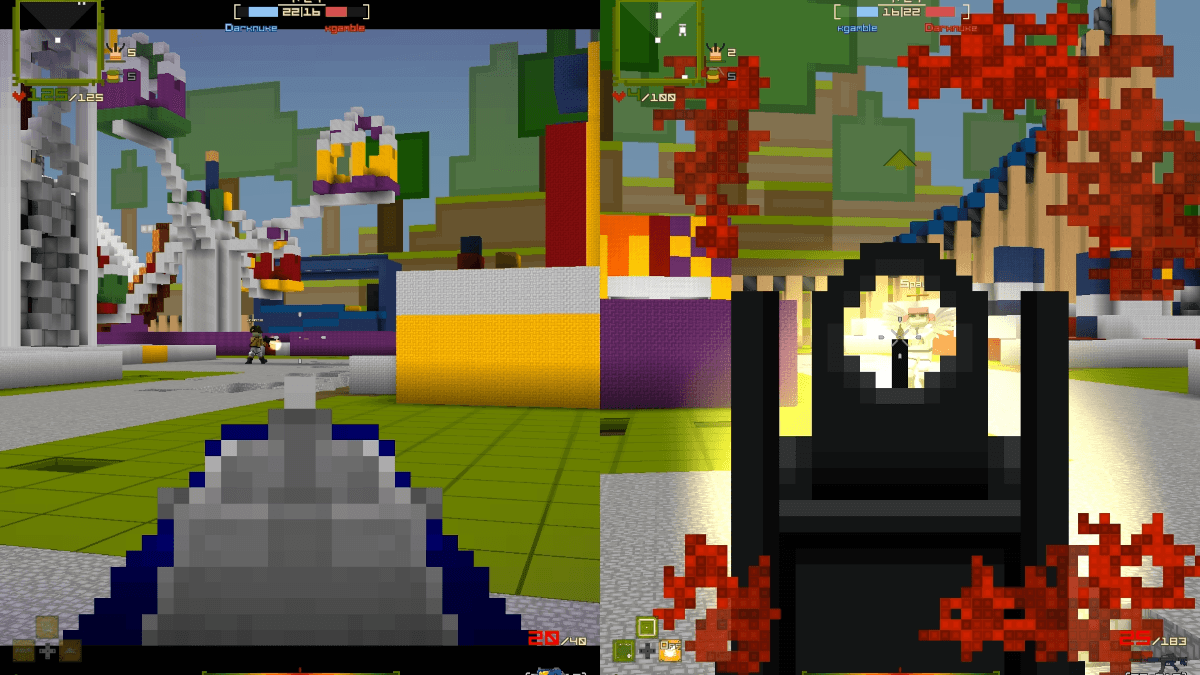 Exato Game Studios and indie games partner GameMill Entertainment announced today that Guncraft: Blocked And Loaded will be available for digital download on the Xbox 360 on July 14, 2015. The digital version of the indie PC hit published by GameMill Entertainment on Xbox Live, the world’s premier gaming community from Microsoft will include a split-screen mode for intense local hot-seat multiplayer, an all-new levelling system, high-resolution models, and exclusive maps.

“The response we have received forGuncraft from the PC community has been nothing short of fantastic, so we’re thrilled to reach even more players by bringing the game to the Xbox 360 platform,” said John Getty, lead developer of Guncraft and founder of Exato Game Studios. “Guncraft is the perfect blend of sandbox gameplay, crafting, and intense FPS action.”

Marrying the addictive nature of block building sandbox games with the speed and competition of modern first-person shooters, Guncraft takes voxel-based gaming to a whole new level. Play through dozens of maps, then create your own level with secret tunnels and hiding holes to find the best look out for ambushing your friends. Players can create arenas based on anything imaginable, and once complete, utterly destroy them with bullets, bombs, grenades, tanks, helicopters and even laser swords. In the heat of battle, soldiers can create custom blockades and fortresses instantaneously.