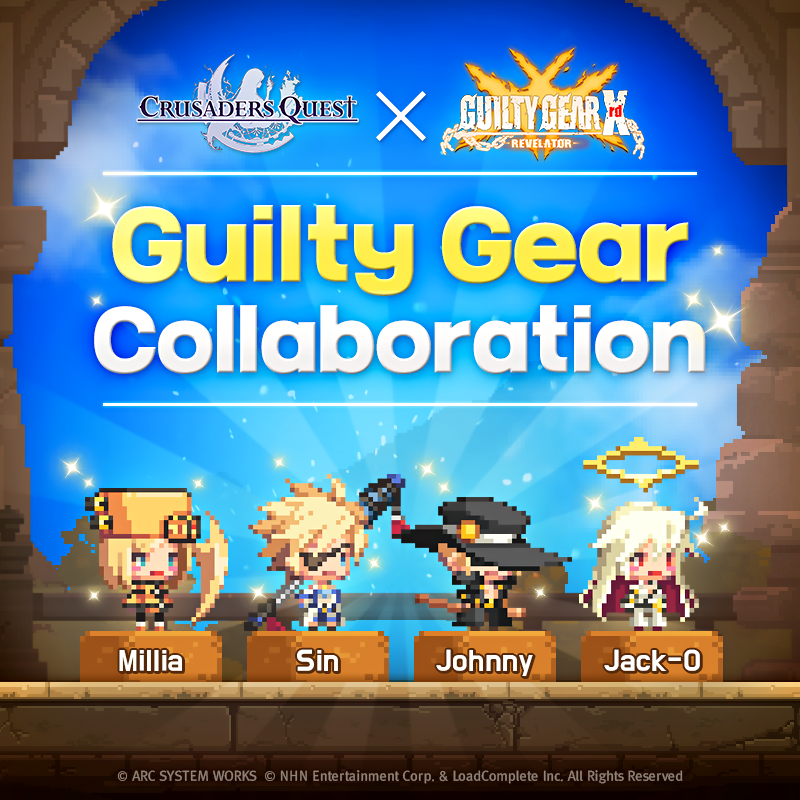 Did you miss out on the Guilty Gear X Crusaders Quest Collaboration in February? NHN Entertainment and Load Complete, has collaborated for a second time with the GUILTY GEAR Xrd – REVELATOR to bring 4 more of their fighters to Crusaders Quest!  Now 11 total Heroes from Guilty Gear Xrd – Revelator can be hired through contracts until June 23rd!

See all of the new characters in action in the trailer!

Fan-made skins have been added to the shop with this most recent update. Fan artists from around the world have contributed to the creation of these 6 skins that you can use to adorn your favorite Crusaders Quest Hero!

If you’re lucky enough to get one of the many Guilty Gear heroes take them to the newly unlocked Manacar World Bosses to show off their power!  The Manacar World Bosses are only available once you’ve completed the last stage of The Void, Path of Rage, and Road to Ruin Ancient Dungeons.  Only then will you be able to access the deadly World Bosses!

Check out the comic tutorial to explain the tactics to complete this difficult World Boss!