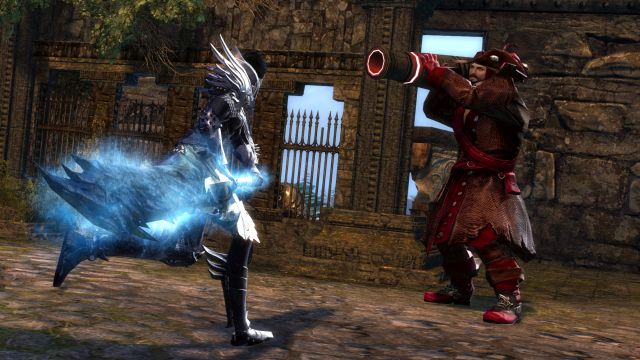 ArenaNet has just released details about Stronghold, the all-new PvP game mode coming to Guild Wars 2: Heart of Thorns, the upcoming expansion to Guild Wars 2. Stronghold is bringing a new competitive game experience to Guild Wars 2, introducing a PvP mode where players face off against one another in a fight to infiltrate enemy lines, break through defenses and kill the enemy lord.

Additionally, ArenaNet will give a tour of how the new game mode works on Ready Up, the official Guild Wars 2 competitive livestream airing this Friday, February 13 on Twitch.tv/GuildWars2. Norfolk will join host Joshua Davis to talk all about some of the game mechanics and game play intricacies that Stronghold has to offer when it comes out with Guild Wars 2: Heart of Thorns.