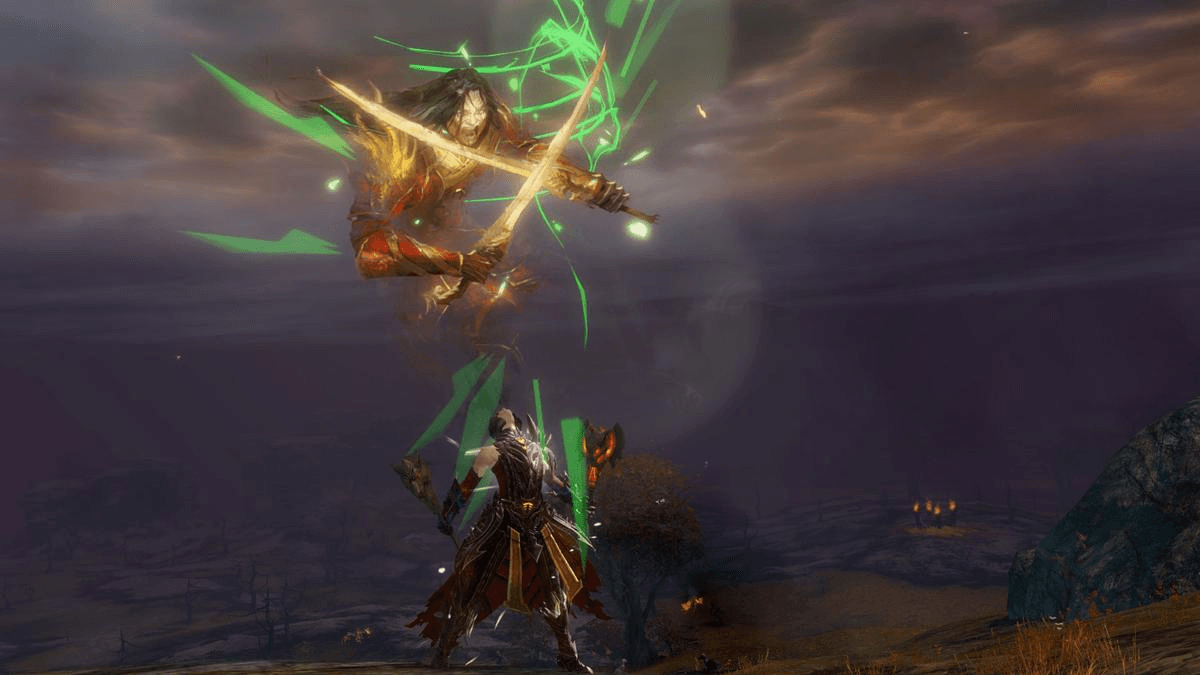 ArenaNet designer Roy Cronacher provides further detail on the dual-wielding sword weapon set and the skills specific to the Shiro legend, along with a handy wrap-up of all revenant legends, in a new blog posted on the official Guild Wars 2 website (https://www.guildwars2.com/en/news/slashing-devastation-and-a-memorable-assassin/). Shiro gives the revenant more mobility with assassin-like abilities that deal physical damage.  One such skill is Rift Slash, which allows players to slash foes with dual swords creating an unstable rift, damaging enemies nearby. Precision Strike is another skill that arms players with blades that they can quickly throw out to both damage and chill enemies.