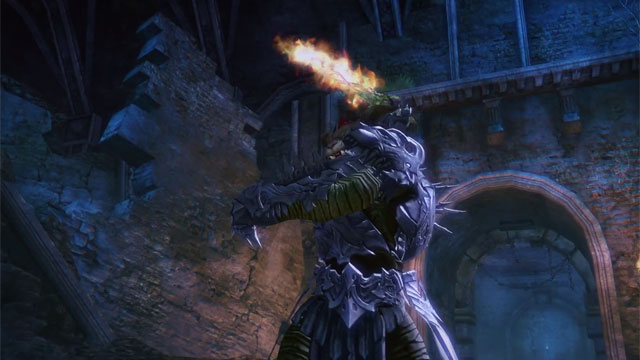 ArenaNet™, publisher and developer of the acclaimed Guild Wars franchise, is releasing “Echoes of the Past” for Guild Wars 2’s Living World today. The episode brings back Living World Season 2, picking up from a cliff-hanger ending that had the world of Tyria fighting the rise of the Elder Dragon Mordremoth. The dragon’s growing forces have Tyria on the brink. In the cliffhanger ending, an ambush on Tyrian leaders at their World Summit was thwarted by players, but not before Mordremoth’s lieutenant wounded the sacred Pale Tree. The attack has spurred the world’s leaders into action and hardened their resolve. With players and the heroes of Tyria behind them, they’re preparing to take the war to Mordremoth.

In addition to continuing the Living World saga, “Echoes of the Past” will deliver new game play, a new area and new rewards in what promises to be the beginning of an epic journey to the season finale.

The Pact has set up a staging area in the Silverwastes, a new area in the Maguuma Wastes nearer to Mordremoth’s domain. Players must be on guard when reporting to Camp Resolve to observe Pact efforts as they will be in enemy territory. Mysterious ruins in the area will provide key battleground locations in the ongoing war against Mordremoth’s expanding armies. Players will fight to hold strategic locations, call in Pact allies for aid and take a stand against the growing threat.

While players fight against the Mordrem hordes in the Silverwastes, they will accumulate new Bandit Crests, which can be traded into Pact Vendors for Sinister gear recipes, crafting materials, and more – including pieces of the brand-new Carapace armor set.

ArenaNet is introducing a brand-new set of armor for each weight class exclusively through the Living World and Silverwastes content. Beginning with shoulder armor in episode five, players will be able to collect new pieces of the Carapace armor set in every episode. Not only will players be able to complete the set over time, but as they prove their mastery over the Silverwastes, they’ll find ways to upgrade Carapace armor into the new Luminescent set.

To learn more about “Echoes of the Past,” check out ArenaNet’s blog posts detailing each feature and upgrade at www.guildwars2.com