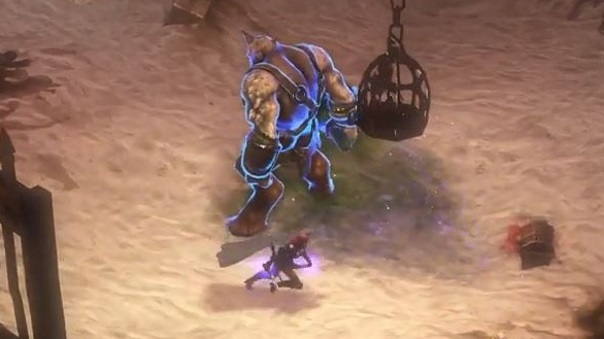 New content is coming early to Guardians of Ember today, with the beta release of Act 6. Ten new desert landscapes await players, from ancient cities to deep canyons and they must endure the scorching heat as well as brand new enemies. For the very first time, legendary items await on their hunt for treasure and are definitely worth seeking out. After consulting the community, Insel Games decided to follow the feedback and release Act 6 early as a beta, so players can dive into the new action and help to solve any unforeseen bugs. Urdigard, a sinister entity has slipped through the heroes’ fingers, now it has become a race against time. Not only do they have to overcome the barren landscape of new desert regions like Lahabur or the Ahkeen Dunes, they must also contend with the region’s dominant inhabitants, the Cyclops and the serpent race, the Iaculus.