Ground-Breaking Hero for Gigantic with “Into Solitude” Update 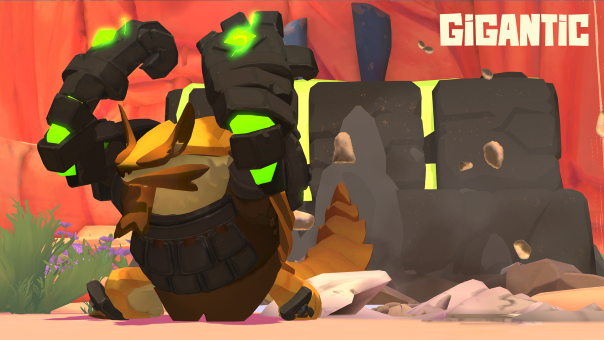 The next update to Gigantic is a monk-themed patch entitled “Into Solitude” which unveils the earth-shattering Rutger! He controls the battlefield by molding the terrain with his incredible power. Today’s update also celebrates a massive milestone: Over two million registered players on Steam/Arc/Xbox One/Windows 10! As of today, Rutger is playable, and he’s an ancient, heavy armored warden of the rocky planes and mountains. A tank/control hybrid smashes his foes with powerful fists and summons impenetrable walls of rock. Players can also look forward to new skin/color combinations, each week through September, and two new creature variants: Stone Cerberus, and Riftborn Cyclops!

“We were so thrilled to learn that two million players have joined us aboard the airship for Gigantic,” said Yoon Im, Sr. VP of Game Publishing & Platform at Perfect World Entertainment. “Motiga has devoted countless hours to developing this game and we’re so proud of everything the team has accomplished so far. This is only the beginning for Gigantic.”