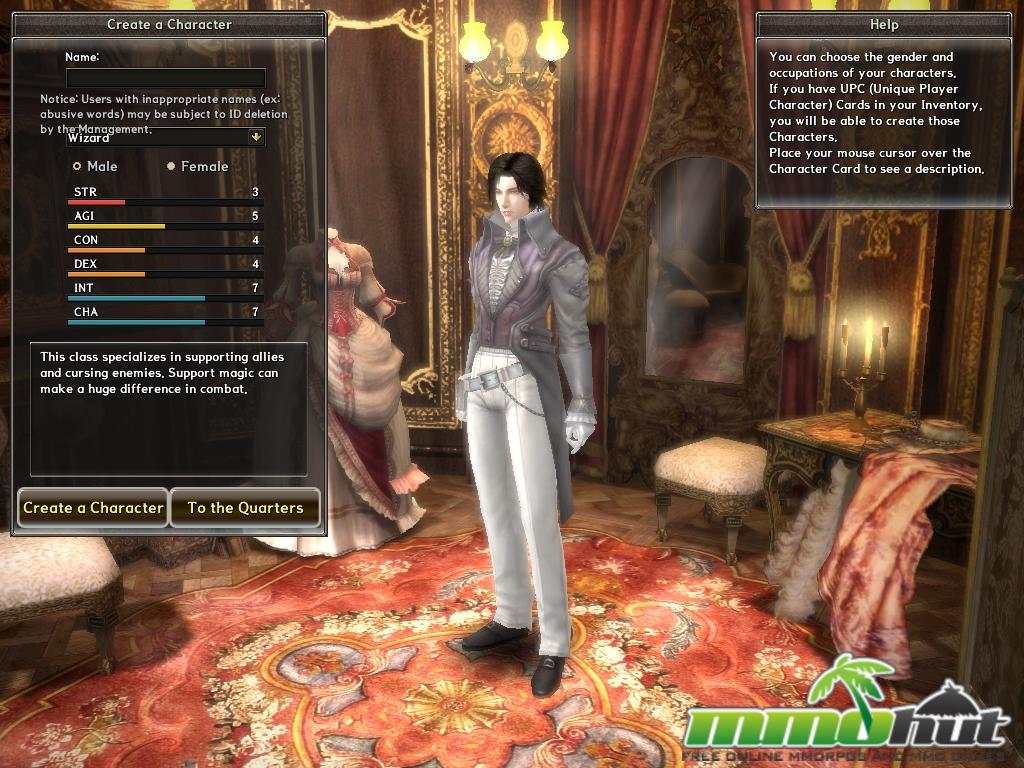 By Cody ‘Neramaar’ Hargreaves
Editor’s Note: This review is for Sword 2, a previously published version of Granado Espada in North America.

It’s no secret that the Free to Play MMORPG genre has achieved an amazing amount over the past few years. The overall quality of the genre as a whole, both in terms of graphics and innovation, has seen an improvement that none of us could have predicted. Games like Atlantica Online and Savage 2 are well known as the leaders of the pack in this regard, but there are a great many others that have slipped under the radar. My favorite of these ‘under the radar’ titles is Sword 2, a game that strives to be different in the best possible way.

THREE FOR ONE
When you first begin playing Sword 2 you are asked to choose a family name, as unlike some more traditional MMORPG titles, in Sword 2 players control not one, but three individual characters at a time and must direct them similar to how you would in an RTS (Real-Time Strategy) game. This allows players to tactically and strategically maneuver their characters in combat, giving those with the ability to micro-manage a significant upper-hand in battle. Your family name will be given to all of your characters, an addition that adds much to the immersion of the game.

Initially the character creation is quite poor, as players may only select from a handful of class types, and are given no choice as to how they appear. Available are some the standard archetypes – Fighter, Scout, Wizard, Musketeer and Elementalist – and although under normal circumstances this may seem a little underwhelming, the possibilities available to players that can effectively manage 3 characters at a time are near endless. At this point in time you are only given the option to create a single character, but are able to create two more during the tutorial.

A LOT TO LEARN
Sword 2 begins at sea, on a merchant vessel not far from port. It is here that you will begin a very long and comprehensive tutorial, one that should see you through the next thirty minutes of your life. While many seasoned MMORPG players may find this tutorial tiresome, those new to the genre will find it more than helpful as it covers everything from simple movement, to buying and selling items, talking to NPCs, and managing your family. Navigation uses a ‘point & click’ themed system, and although I’m generally not a fan of the style, I find that it works quite well in Sword 2 due to its multi-character nature. 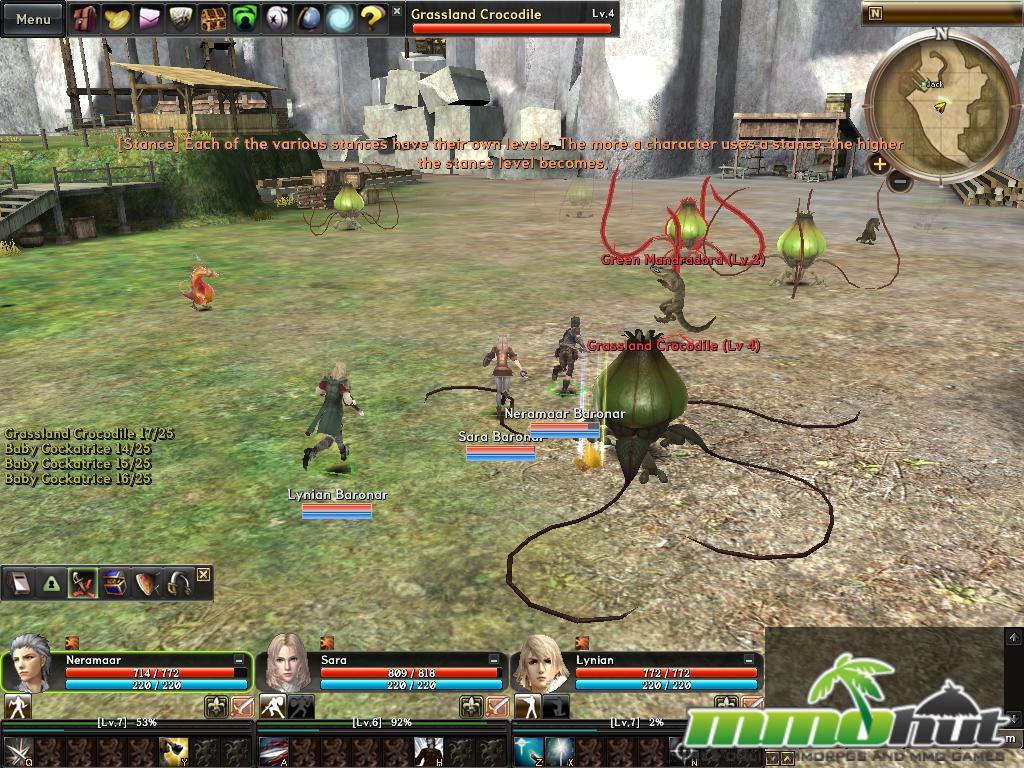 MUSIC TO MY EARS
It is during this tutorial – most likely once you have reached port – that you will notice the standout features of the game, the graphics and sound. Sword 2 is a visually stunning MMO set in a colonial English/Spanish setting. Full screen bloom effects and high quality artistry truly brings the world to life, and is only hindered by the lack of resolution options. The sound – or more appropriately, the music – is also something worth serious mention, as it of a quality not found in any other free MMO I have ever played, and appears to have been fully orchestrated by group of talented musicians.

RTS EXPERIENCE PREFERRED
Once nearing the end of the tutorial you will learn the fundamentals of family management, and happily, they are much easier to manage than their real-life equivalent. A family consists of three individual members that are chosen by you, think of it as creating three characters, and playing them simultaneously. This is where the RTS elements take play, as you are required to navigate your characters much like you would a group of three Zealots in Starcraft, by dragging your mouse cursor over the group to select them. Players can order their family to simply move to a designated location, move and attack anything in their path, or even move and collect all items, by pressing the required keyboard combination.

THE RIGHT TOOL FOR THE JOB
It is important to vary your class selection at the beginning, as each play an integral part of every battle. Fighters, for example, can be equipped with a shield, and thus are more effective in the front lines of battle, whereas the Musketeer who uses a rifle would be better suited at the back. Later in the game it is possible to acquire new family members with a different array of skills, allowing for some very interesting combination’s. Of course, players are free to add and remove family members at whim, so your choices are never permanent, and can be changed at any time. 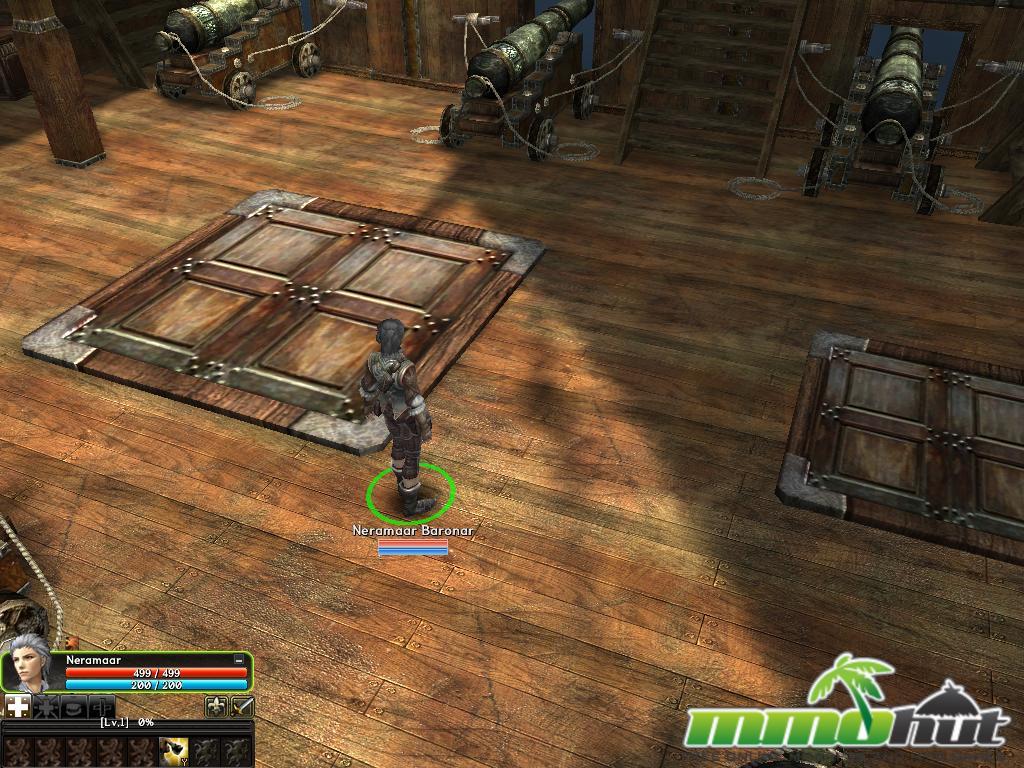 Combat itself is fairly simple as your family member’s level amazingly quick, and provided you don’t stray too far from the main quest chains, you shouldn’t have any problem taking down most enemies. Unlike other MMOs, you will seldom be fighting a single enemy at a time, and will instead be tasked with eliminating large groups. Dungeon Missions, as I call them, is where this part of the game truly shines.

WELCOME VARIATION
Alongside the standard ‘fed-ex’ style quests (Go here, kill that, collect this), there are also a large number of instanced dungeon quests, that will see players teleported into the dungeon immediately after accepting the quest. There a many different types, ranging everywhere from simply being asked to kill every enemy within the designated time frame, to holding a position from several waves of approaching enemies. These missions can be quite difficult at times, but add much to the game as they draw greatly from the predominant ‘fed-ex’ monotony.


A STANCE FOR ALL OCCASIONS
Once you’ve completed a few missions, and handed in a few quests, you’ll begin to learn about the micro-management features in the game, such as equipping your units with weapons and armor appropriate to their class, and managing their stances. Stances play an integral role in Sword 2, as each character has several, and each of them allow for different skills and abilities. Stances are generally acquired once certain conditions have been met; the Scout, for example, has a separate stance depending on how many weapons he has equipped. Place a dagger in one hand and he takes a more evasive stance, two and he will be more aggressive. Every class has a number of different stances that can be selected in the heat of battle, allowing for hundreds of different family combinations, and some very exciting PvP. 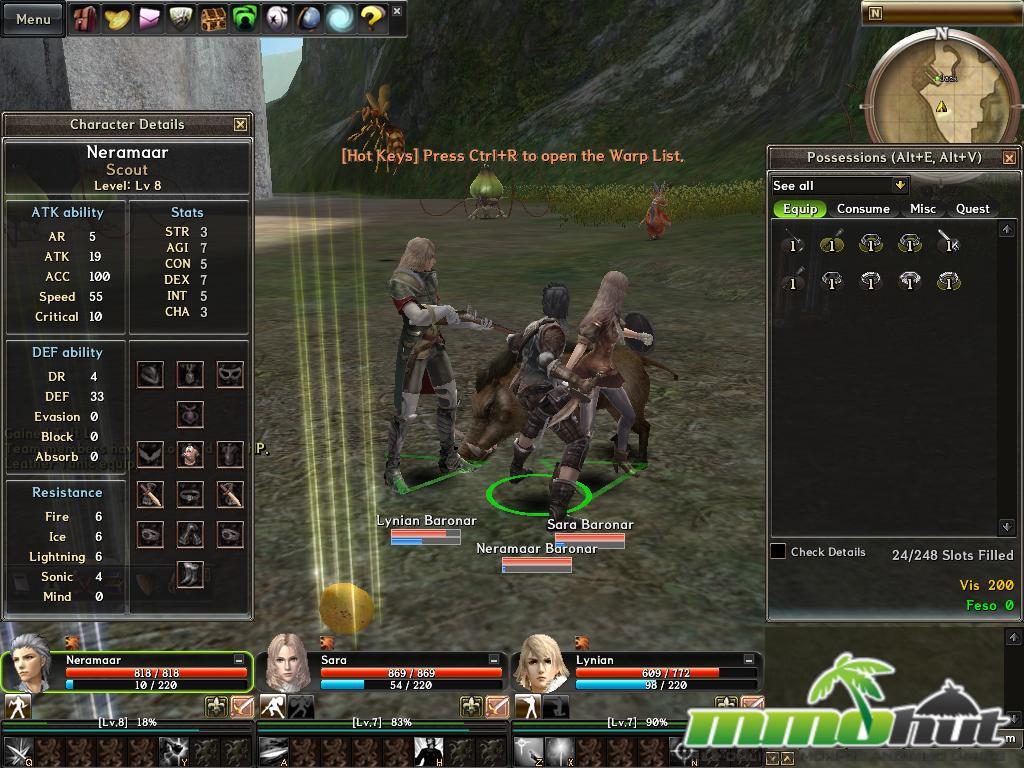 GOOD SIR! A DUEL, IF YOU PLEASE!
Sword 2 has a number of PvP possibilities, starting with the more tradition duel themed battles, but also including Clan Wars, Faction Wars, Arena Battles, and even GM hosted events on regular occasions. As the ‘end-game’ features don’t appear to have much solid ground, the PvP aspects will likely be the main focus for most placers once they have attained the maximum level, and as such it is a comforting thought to know that there are so many options available.

When Sword 2 was first released players were only allowed to play for free until they attained level 20, happily, this restriction has since been removed and the full game can now be accessed without any payment required. Of course, for those looking to spend a little cash, the Bazaar is still available and offers several different items, ranging everywhere from exp potions to weapons, armor, and new characters for your family.

Final Verdict: Excellent (5/5)
Sword 2 offers players a unique gameplay style atop a magnificent graphics engine, superb sound and music, and almost limitless family customization with a wide variety of skills and stances to suit every play style. It’s a sizable download, but a magnificent title that shouldn’t be overlooked.