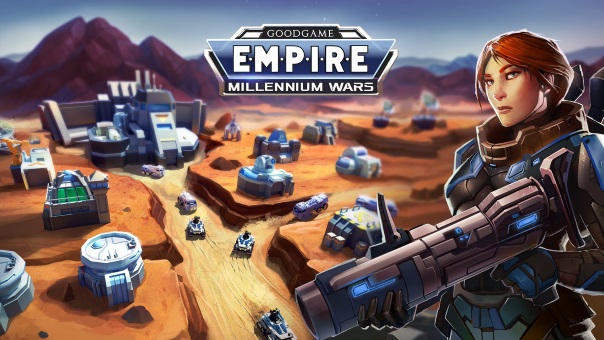 Following the release of Empire on mobile, GoodGame Studios has added their latest strategy title to their web-based portal, on GoodGameStudios.com. Empire: Millenium Wars has officially gone live, and the goal of Empire is to run a corporate mining empire on Mars, competing with other players to ultimately rule the Mars Trade Federation. GoodGame has a track record of successful web games and hope Empire: Millenium Wars joins titles like Big Farm in that run of top games in Germany as well as worldwide.

We’ve built this version of the game from the ground up for web using the latest web technologies for the best browser coverage and performance” says Simon Andrews, Head of the studio responsible for developing the game. “EMPIRE: Millennium Wars is a great fit for web, and we will be adding lots of new and exciting content for our players over the coming weeks”.