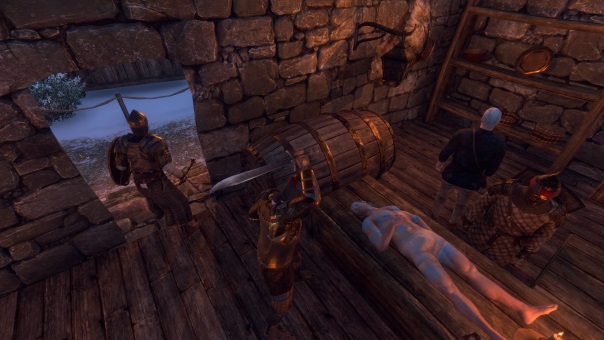 Gloria Victis just received a massive update which adds a new fortress, Lordly Haven, to the in-game world. It is one of the largest locations which players conquer and is placed between the lands of the Midlanders and the Azebs from the South. The hope is that it will help balance open PVP while offering its owners a massive amount of high-tier resources required in crafting top-tier weapons and armor. Another important addition meant to help out the Nation vs Nation vs Nation PVP balance are the looting zones. They have been introduced in order to prevent from total domination on a server which can happen when the best warriors of a given faction aren’t logged in and the enemies keep pushing forward. From now on the conquerable locations closest to the player’s nation capital city are covered with a non-looting zone – players can’t get looted in their nation’s non-looting zone but they can loot the other factions, so you can hold the ground there even when being heavily outnumbered without risk of losing equipment.  Engineering has also received a boost, with a new branch of crafting tools for gathering resources. Quality and durability of these now have a huge impact on gathering speed and quality of resources, expanding the overall experience of crafting as well as the economy. The full details can be seen in a link below.