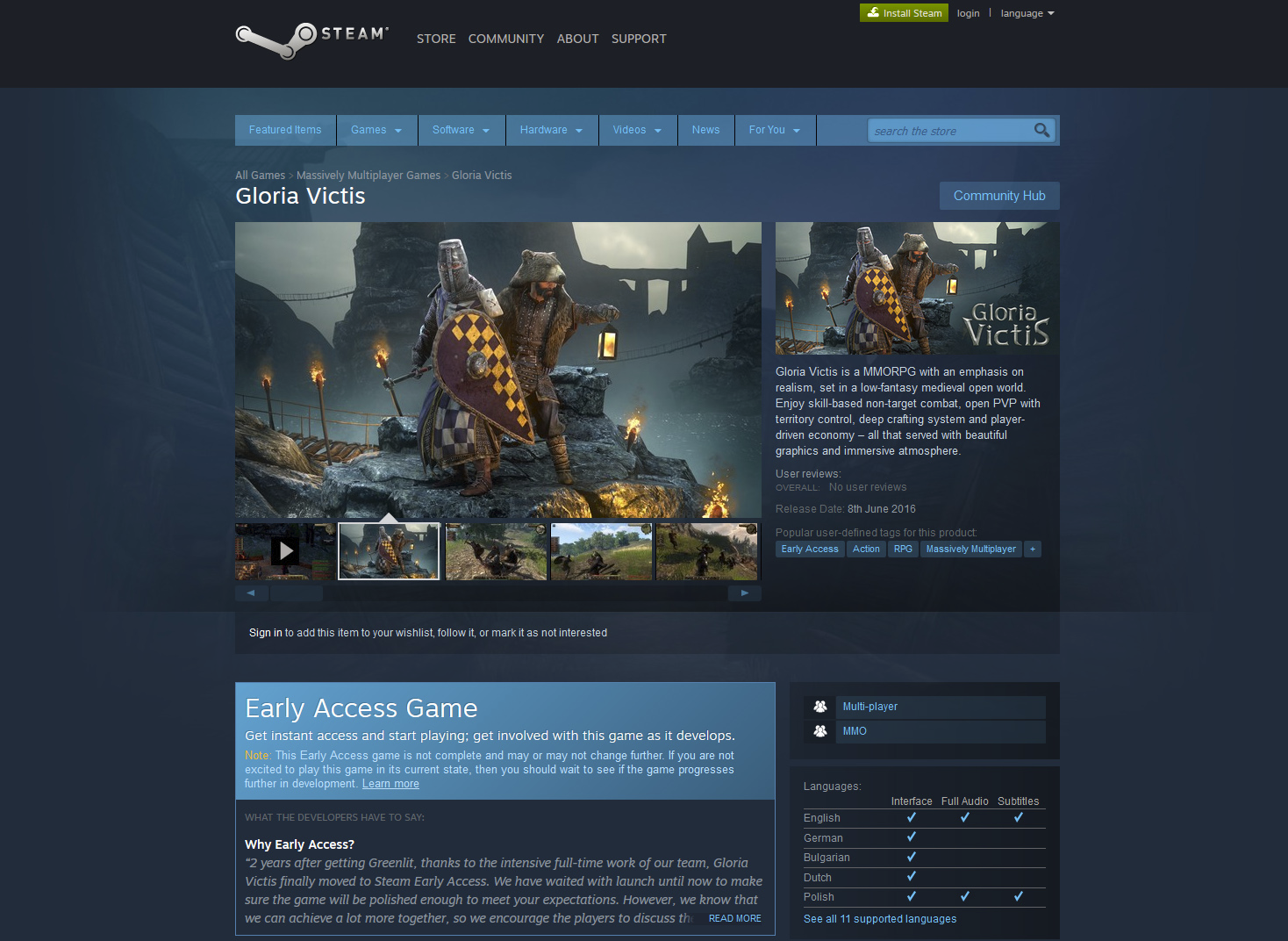 Gloria Victis has launched on Steam Early Access, two years after being Greenlit. Here’s the message the game’s developer, Black Eye Games, had to share:

We have waited with launch until now to make sure the game will be polished enough to meet your expectations. However, we know that we can achieve a lot more together, so we encourage the players to discuss the game and its core features, as well as the recent progress and future development plans.

As it couldn’t be done without help of our awesome Community – each pre-EA backer was already given a Steam key – we would like to thank everyone for backing us and posting reviews – almost 80% of them is positive! Therefore we will be able to expand soon the team and greatly increase the development pace.

While in Early Access players receive a solid foundation of what Gloria Victis is and will be, some of the awesome features (in big part designed in co-operation with our Community!) are still being under development and will be implemented in future updates.

Our plans for future development include: