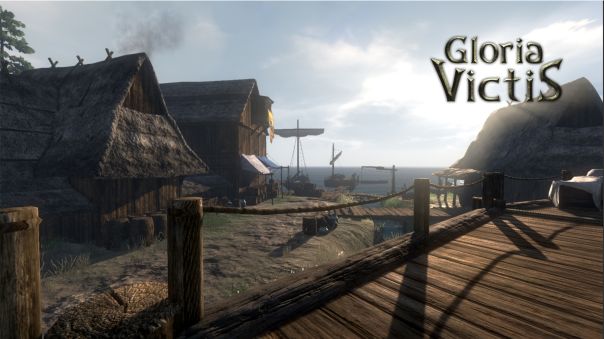 The newest update for Gloria Victis introduces the guilds’ coats of arms editor, allowing players to create and customize the multilayer coats of arms made of background, patterns and symbols. This addition will have a massive impact of the guilds presence in the Gloria Victis world, as in the nearest future the coats of arms will be applied on the banners in locations controlled by a guild.

There is also a massive amount of fixes and improvements to the game and servers performance, gameplay mechanics and interface, such as fixed party chat, increased smoothness of the camera movement control or improved hits detection.

Right now we are doing the last preparations before applying the fully reworked Mereley village and fort – not only they are way more intuitive for the newcomers, but also the massive wooden walls and long houses fit much better to the Ismirs: a nation of gruesome warriors from the frosty North. When the Mereley is finally reworked, Dunfen – main town of another faction, Midlanders – is going to be redesigned as well, with the same primary principle in mind: to improve the user experience.