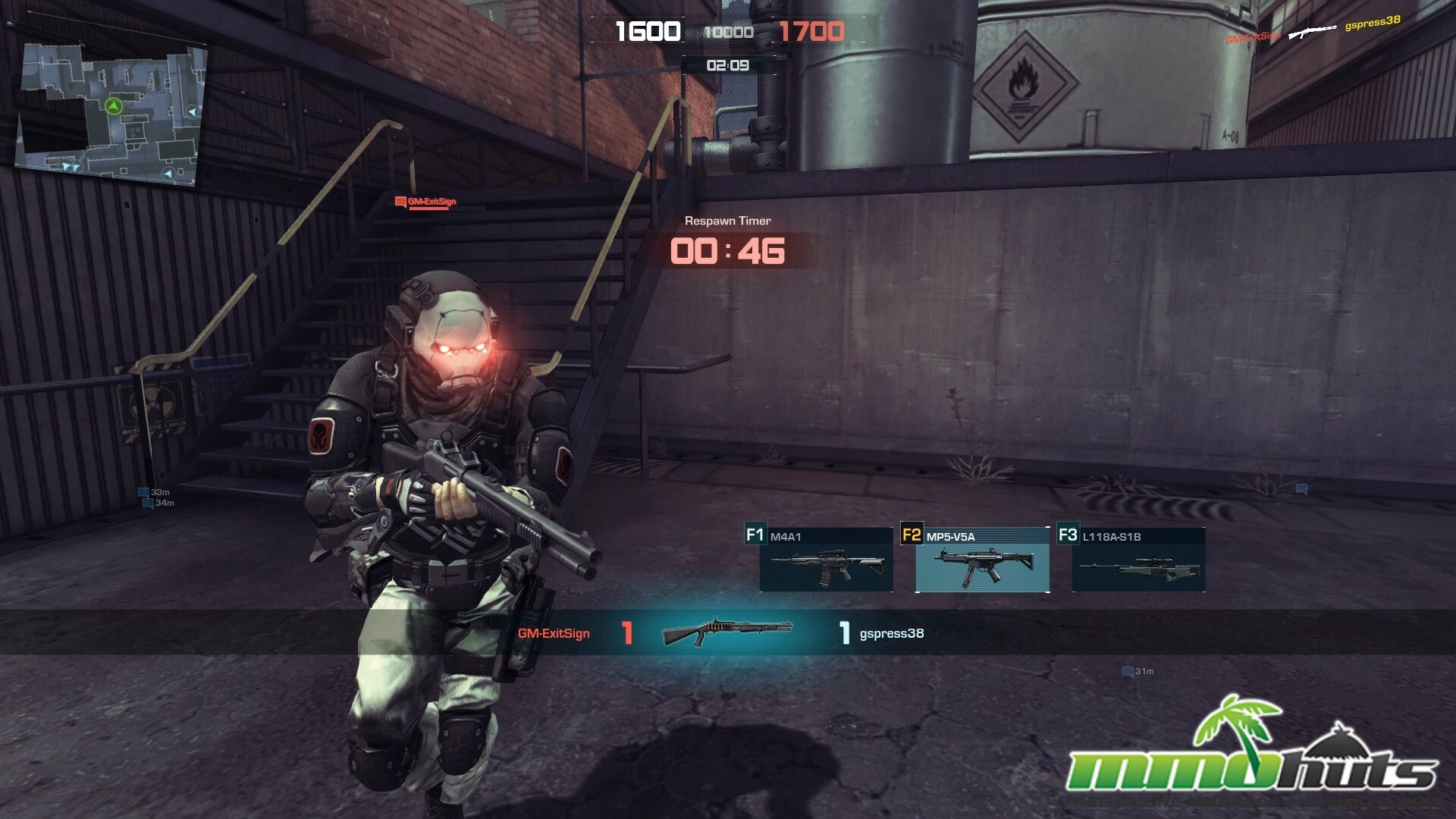 Last week I took part in the press event with some of the members of the team that is developing “Ghost in the Shell: First Assault,” a tactical first-person-shooter that launches into Early Access through Nexon and Steam today (Dec. 14th). So what did we learn while we were there? We got to try all three game maps, which were lifted and inspired by the anime it is based on (Ghost in the Shell: Stand Alone Complex), and you can play as the entire cast. The group who designed the game built it for the western market and are responsible for one of my favorite PC titles, in Dungeon Fighter Online. As fans of the show/manga, they put forth a great deal of effort to make it feel and sound like the anime. The voices even sound like the original actors; it’s hard to mistake Batou’s deep voice for someone else. I got to play all three game modes, and even though my team only won one of those, I’m still pretty hyped for what I saw and experienced! 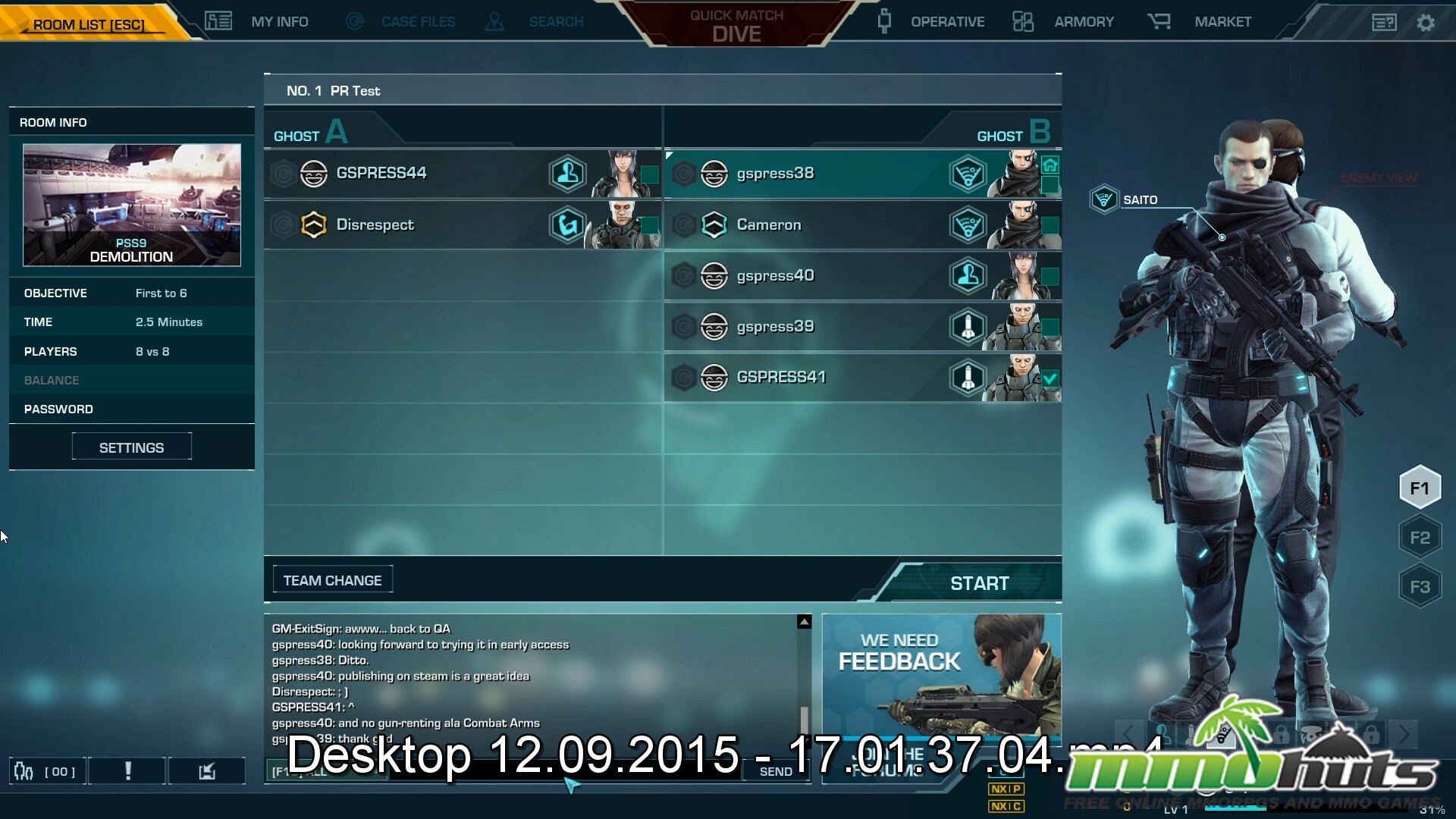 The gang is all here.

Though, you only get to pick one character to start with, through gameplay or real money, you can unlock the license for the other members of Section 9. From Motoko Kusanagi, Saito, Batou – all of them are ready to go! Each has a unique skill that makes them stand out, which leads me to the next thing they talked about: Skill Sync. Each character has a special skill, which has two levels. For example, Saito has a Thermal Sense, which lets him see enemies on the other side of walls. As the sniper of the team, this is a huge benefit to him. Now, Skill Syncing lets you share that skill with team members that are nearby (just the level one version of the power though). This can be done any number of times! So if Motoko, Batou and Saito are together, they can all Skill Sync if it is active, and all three can Stealth, See Heat Signatures, and fire arm rockets! This game requires teamwork and strategy; if you don’t utilize this, I don’t see run and gun style gameplay doing so well. 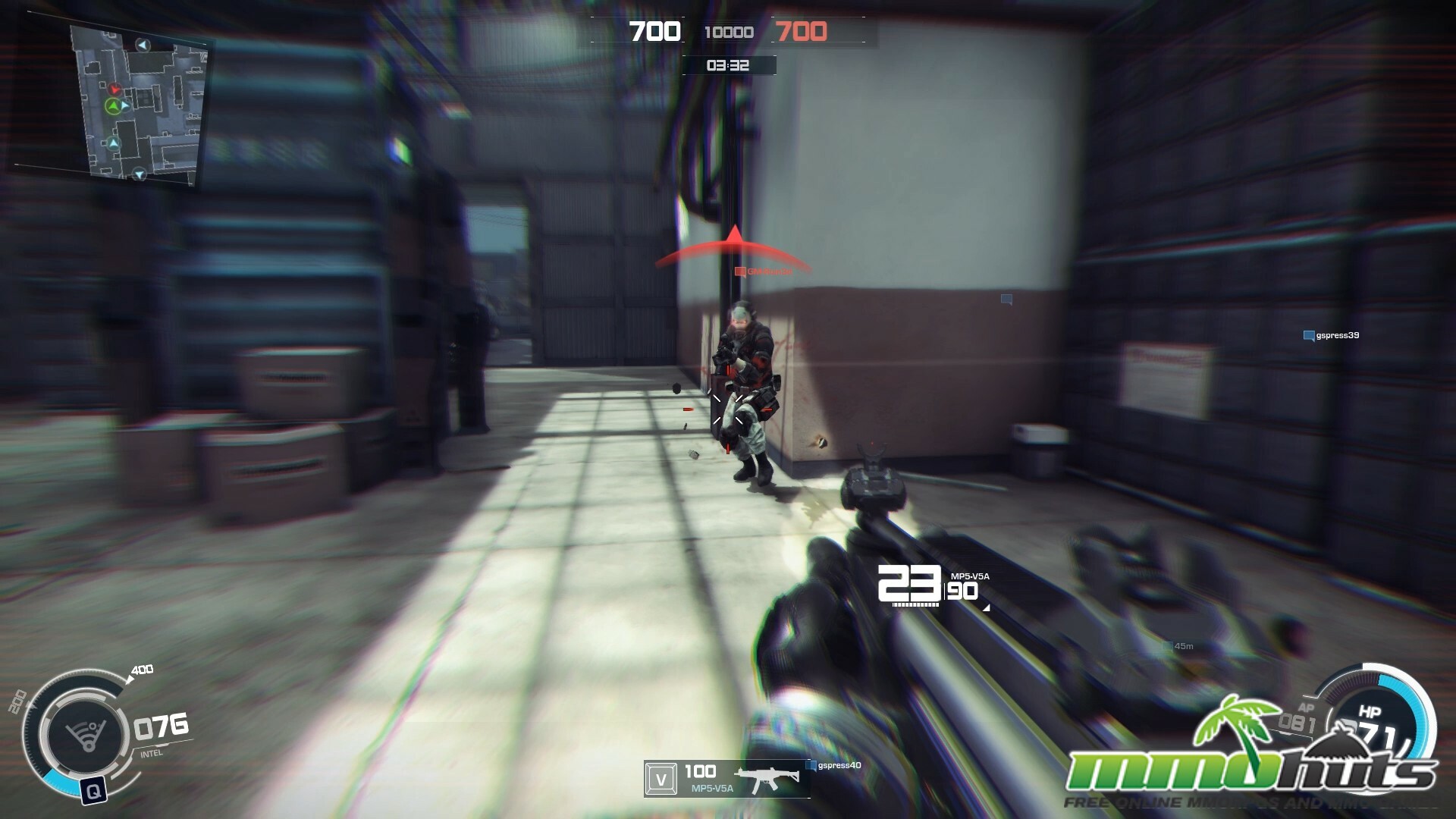 The UI is clean and concise, and doesn't try to reinvent the wheel.

There are three game modes, and five maps that are going to be rolling out with the Early Access, and each mode is quite different. They play similar to other FPS games like CoD and CS, and each was a lot of fun. The most relaxed mode is Team Deathmatch, and the map I played on was five minutes long. Pretty standard stuff, but the cool skills and the GITS IP really make it different from Call of Duty Black Ops. There’s also Terminal Conquest; this is more like Capture the Flag. You have to capture the points to get the win, and each time you capture a point, your team gets a Think Tank [think a Tachikoma from the anime] and the enemy team can hack it to lower its defenses. The Think Tank will assault the other team, but it can be destroyed. This is something taught in the tutorial, which I highly recommend doing. Features here are a world of difference from your typical shooter, so don’t think you can jump into it with your past experience and dominate blindly. Finally there’s Demolition, a mode where you go first to a number and it takes place in rounds. One team is planting the bomb, the other team is defending. Last man standing, and it will feel kind of like Bomb Placement in CSGO. It’s a really hardcore style map, and it can also be ended via killing the entire other team. 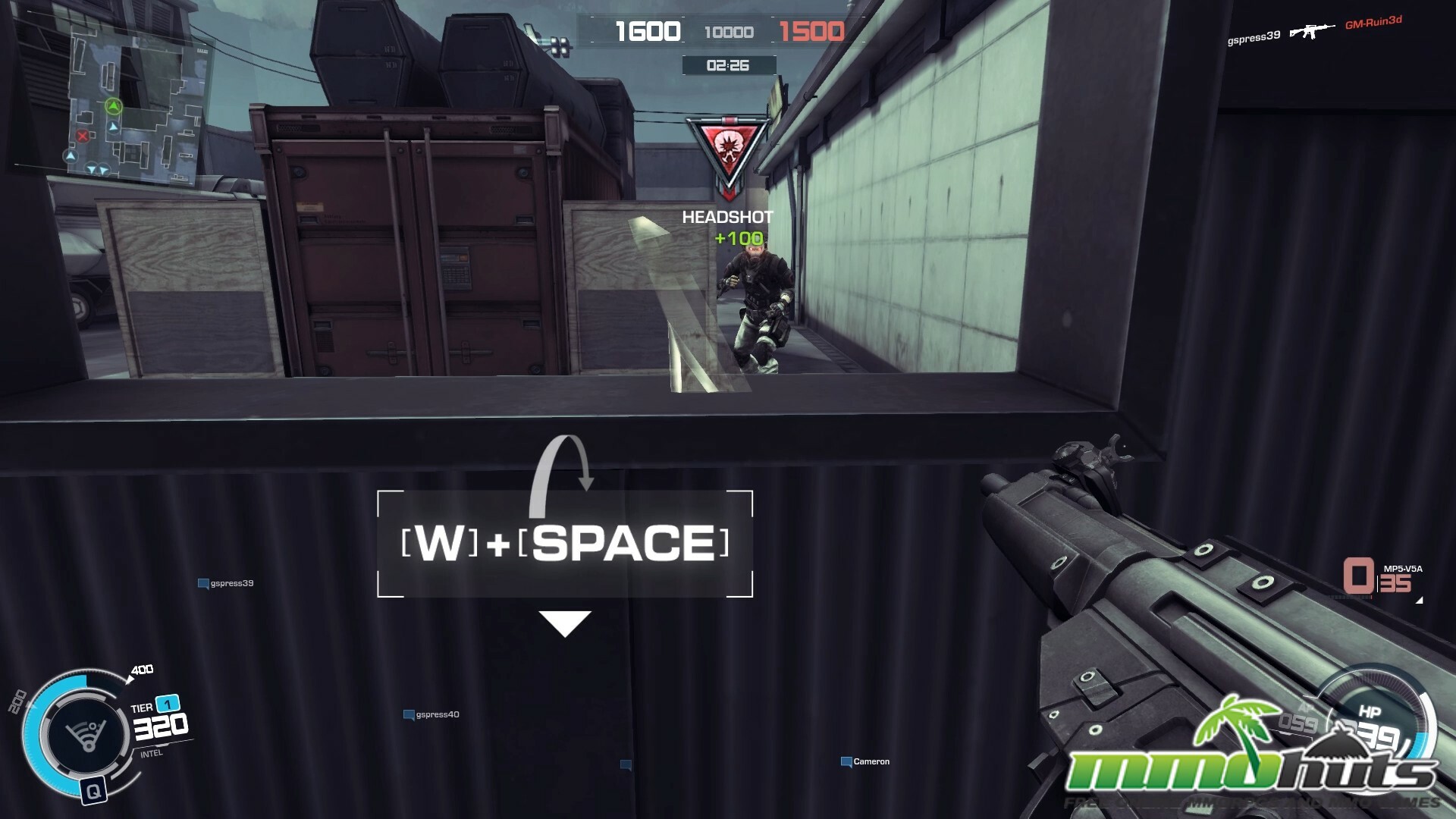 There's some nice little action moves you can use to further surprise enemies.

There’s a really big takeaway from this, at least for me. First Assault definitely not pay to win; you can use real money or in-game currency to buy stuff, but while it’s in Early Access, players WILL NOT be able to spend cash on store items. They do not want it to become about who spends the most money; instead, it will be whoever puts boots to asses and gets on that grind. I really appreciate that, because I’d be upset if I had to deal with someone spending a few hundred bucks to get everything right out of the gate and roflstomp everyone. It is definitely a game of skill and tactical know-how, but having better tech does definitely help. 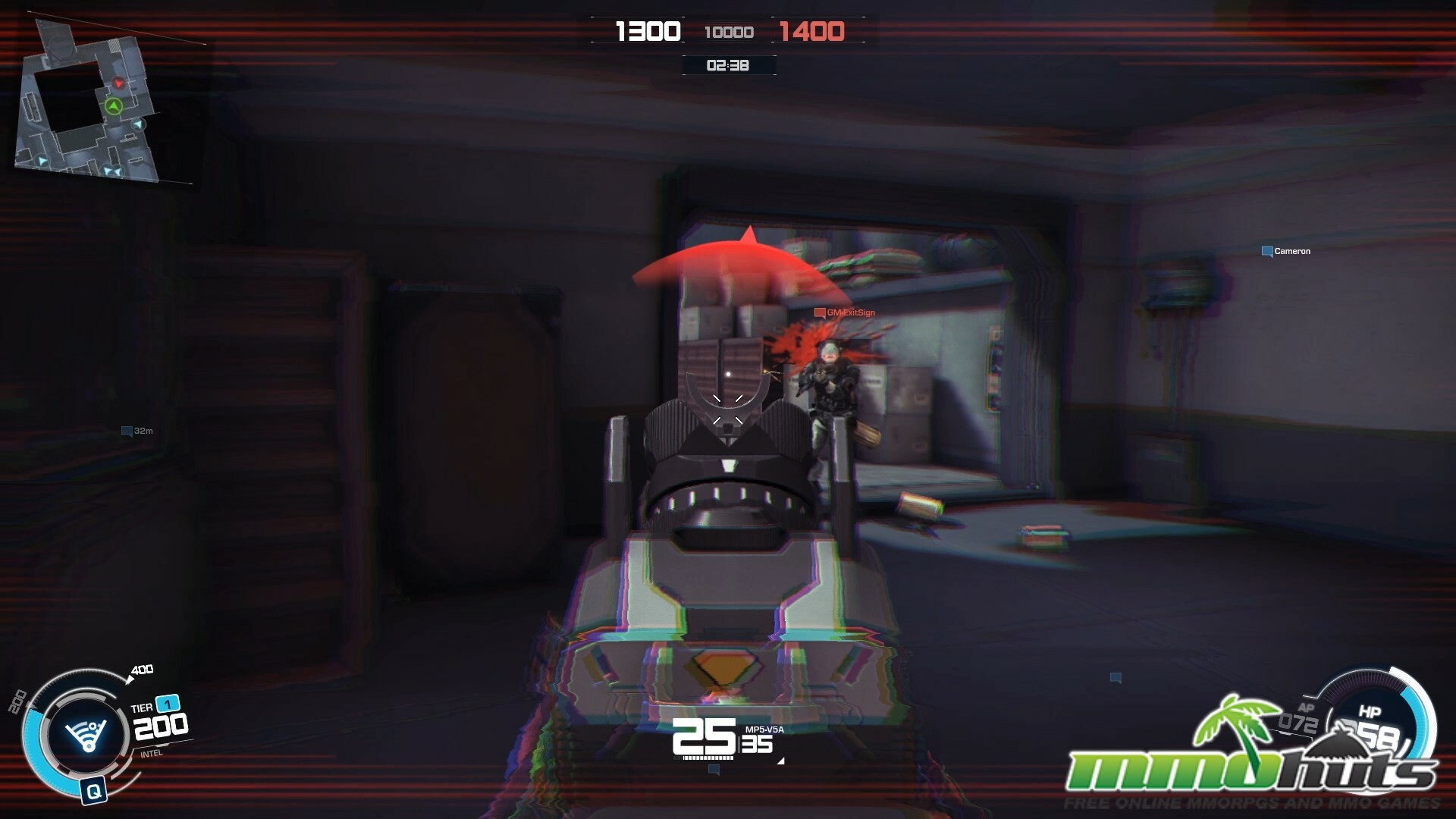 Modification collecting should give the game plenty of replay value.

You can modify guns with a variety of attachments, and whether you win or lose, you can hack one of three “Nodes” that give you a chip that you attach to your character/loadout to give a variety of buffs or enhancements. You can get the same chip twice, but as far as I am aware, they can stack/improve. I’m certain that more maps will come as the game continues hurtling towards completion, but the team is dedicated to using player feedback during the Early Access to improving the quality of an already pretty snazzy game. Sure, you can make the argument that if you’ve played one shooter you’ve played them all, but I can’t really agree in this case. There are some bugs still present, but that’s the nature of testing. There are little things I don’t like; some of the maps are kind of small, and I found the shotgun to do devastating, ridiculous damage. But the skill system, and the deep immersion into the Ghost in the Shell franchise really have me hyped! Make sure to check out the Early Access if you’re ready leap right into the action!