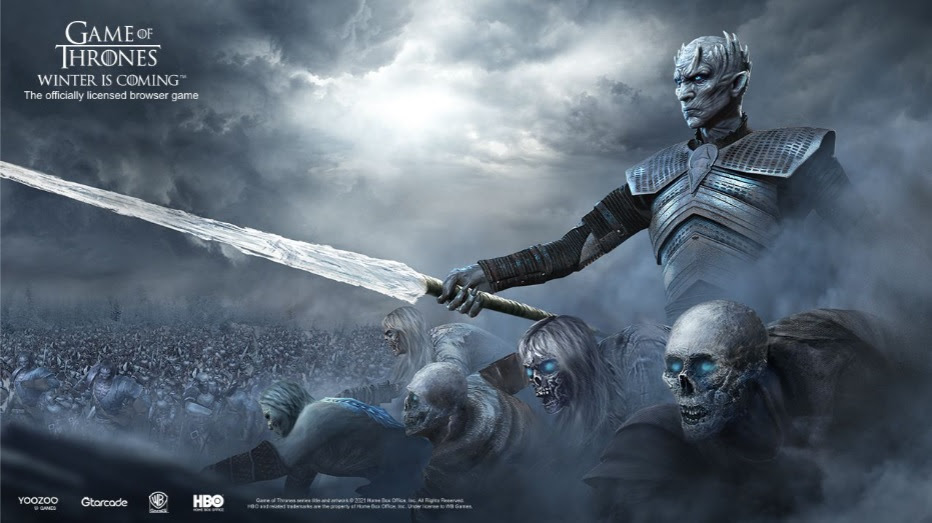 YOOZOO Games, a leading game developer and publisher, today announced a major update to the popular real-time MMO strategy browser game, Game of Thrones Winter is Coming featuring the arrival of the Night King in an all-new Invasion event on Sept. 16. The fearsome leader of the White Walkers is leading his army towards Winterfell, and players must quickly unite to defend the realms of men against his fearsome undead army.

During this new Invasion event in Game of Thrones Winter is Coming, five 500-man White Walker alliances – including the Night King, his Generals and White Walkers troops – will attack. Their Power will also be counted in the Rankings, where players can compete with them. To successfully defend against the enemy invasion, players must actively attack the White Walkers’ territory and defeat the Night King to emerge victorious!

As one of the most iconic antagonists from the Emmy® award-winning series, the Night King Commander will have a new skill called Scorching Treachery and can cause the enemy’s dragon to attack the enemy’s most powerful lineup once, dealing massive damage. To acquire this character, players can participate in the White Walkers mode to earn powerful Night King Commander Fragments for free. There will also be a new White Walker-themed Castle Exterior and Troop Appearance, so come take part in the White Walker Invasion event!

Game of Thrones Winter is Coming is a PC browser real-time strategy game officially licensed by Warner Bros. Interactive Entertainment under license from HBO®. The game was released in March 2019 and has officially launched on web browsers, GTarcade and Steam.