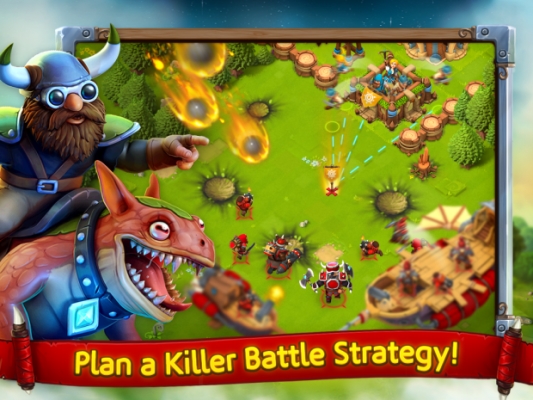 Game Insight, a world leader in mobile/social games, has announced a swashbuckling new chapter in strategy games: Cloud Raiders. This exciting new game pits players and their armies of sky pirates against fabulous monsters and the most deadly adversaries of all: other players. Cloud Raiders will be released first for Android devices, and will be launching in the near future for other mobile and social platforms, including Facebook, iOS, Windows 8, and Windows Phone 8. The game is being developed by innoWate, the creator of the popular My Country games.

Cloud Raiders takes action-packed strategy games to dizzying new heights by entrusting players with a massive island stronghold floating in the sky. Players assemble armies of ruthless raiders while also fortifying their bases with defensive emplacements to fend off enemy invasions. Over time, players can also form in-game clans with their friends to blast their foes right out of the skies by launching daring player-versus-player (PvP) raids. 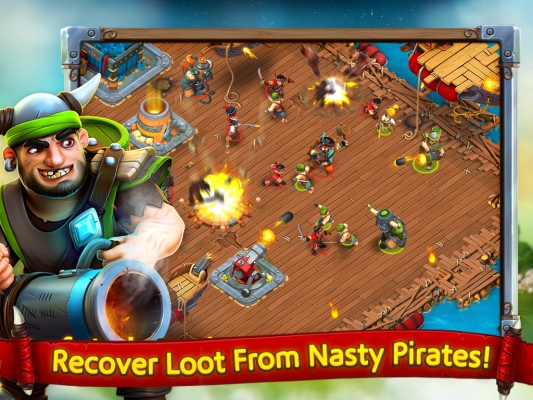 In Cloud Raiders, players can fortify their bases with anything from cannons to traps to magical artifacts, while leading their own troops into battle. Players must be ready for anything, including encroachments from massive monsters and legendary buccaneers that wander the skies in search of easy prey‹as well as raiding parties sent by enemy players in search of loot! In order to keep their own holdings safe and conquer this brave new world, players can research and unlock new troop types, brew powerful potions to strengthen their forces, launch mighty cannon salvos to even the odds, and build ever-larger armies of axe-wielding marauders, grenade-lobbing bombardiers, and fire-breathing dragons to win the day!

Cloud Raiders will be available for Android in the nearest future.