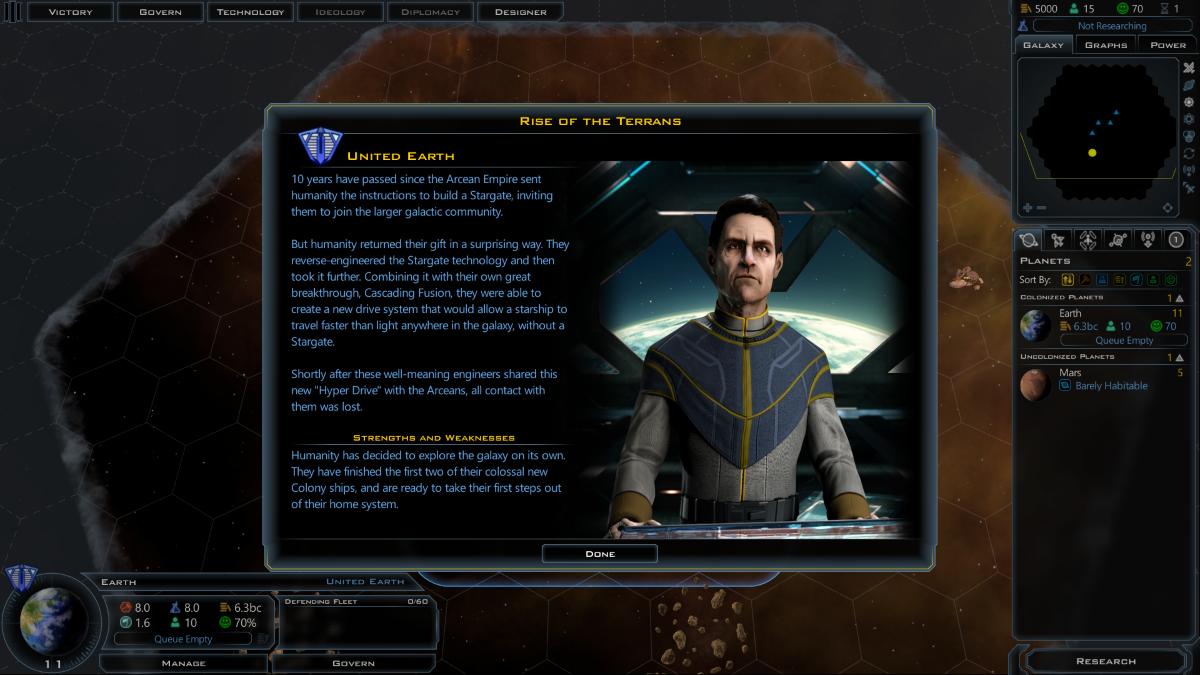 Stardock released the new ‘Rise of the Terrans’ DLC for its popular strategy game, Galactic Civilizations III today. The DLC allows players to experience the early days of the Terran Alliance and lead humanity’s first steps out into the galaxy with a brand new campaign.

“Destiny might be calling, but you’re not alone and not all races are especially friendly,” said Paul Boyer, lead designer for Galactic Civilizations III. “After humanity discovers how to build a Hyper Drive and starts to explore space, they run into all sorts of new races and situations that eventually culminate in forming the Terran Alliance. It’s always been a pretty cool story to us, so that’s what we wanted to cover in this new campaign.”

The “United Earth” faction, led by Secretary General Mathews, is new to the DLC as well. The new faction comes armed with the “experienced” ability, which allows their ships to gain experience from battles and surveying anomalies more quickly. Players will have the opportunity to encounter new enemies such as the Xander Menance, and each choice they make will have an impact on the future of humanity.

The new Rise of the Terrans DLC is now available through Steam or Stardock.