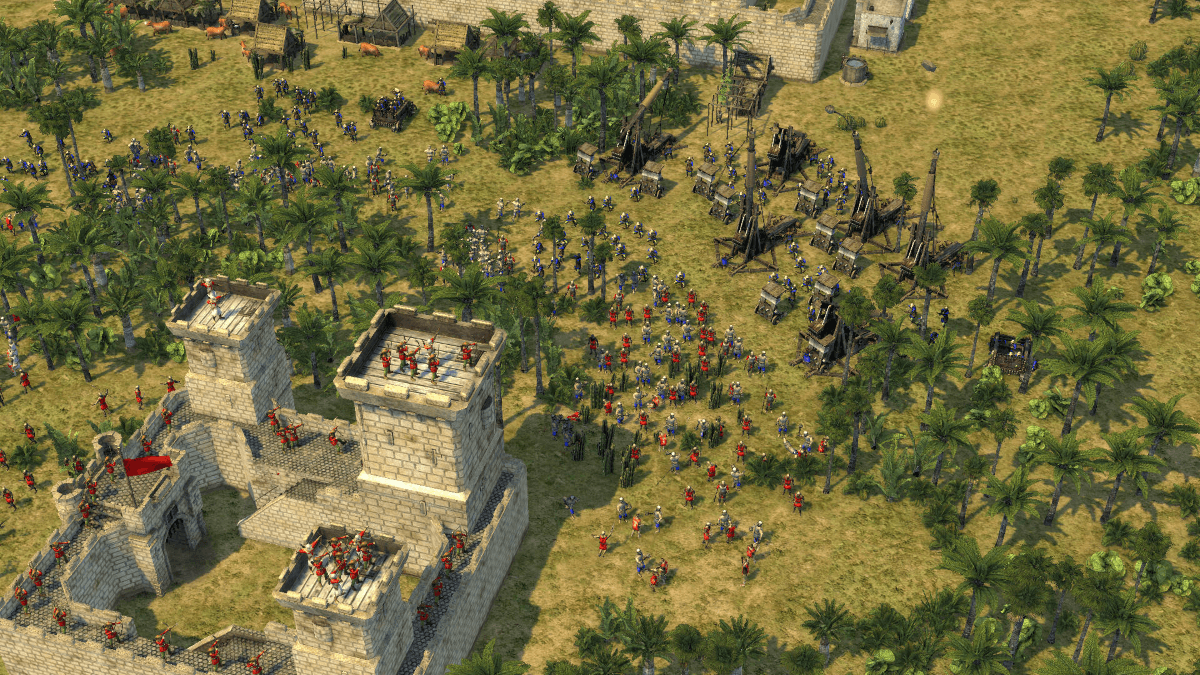 Siege Invasions
With the introduction of siege invasions players are now able to launch AI sieges against experimental castle designs, created in the game’s free build Sandbox mode. Refining best practices for castle construction and the goal of creating the ultimate stronghold, AI invasions put even the most robust castle defences to the test. Launch siege armies of varying sizes, add random events and more!

Easy AI Mode
‘Easy AI’ mode tones down the game’s notorious difficulty in Skirmish Trail missions. Reducing the frequency and aggressiveness of enemy attacks, this feature tames AI opponents for those that struggle in the fight against Stronghold’s infamously challenging antagonists.

Faction Selection
For the first time in Stronghold history players can choose between invading Crusaders and Arabic freedom fighters in single-player Skirmish Trail missions, gaining access to the advantages and disadvantages of their unique castle architecture. In addition to the Arabic story campaign, that tells the tale of Saladin’s forces defending their homeland against European invaders, players can further blur the lines between good and evil by choosing to play as either faction in the Skirmish Trails.

Six New Maps
From the no man’s land of ‘Interlocked’ to the steep slopes of ‘Volcano’ and the woodlands of ‘The Forest’, this new map pack adds both Skirmish and Sandbox maps to the game. With unique landscapes featuring beaches, lakes and even the odd volcano, players can now do battle across a variety of different scenery while drenching the desert sands with the blood of their heathen enemies.