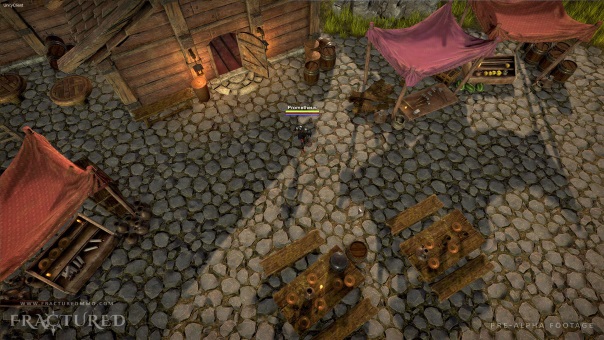 Dynamight revealed another update to their upcoming MMO Fractured, where a design journal highlights the housing, towns, and political system. Their ultimate goal is to breathe life into the sandbox MMO genre. They want suitable options for players with different social attitudes, whether the player is a lone wolf, a social butterfly, or more aggressive, power-craving bandits. Players that want to be on their own can build a house in a “free area”, which are portions of the world owned by nobody. Building a home there will turn the free area into a Claimed Area and is the zone around that persons house. Claimed Areas still require maintenance to prevent decay, like a town, but they are out there on their own. They also want to offer a new political layer to MMOs as an alternative to the classic guild-based politics. Instead, they’re focusing on towns and democratic systems instead of one person simply owning all of the power as a guild leader. More information can be found in the latest design journal.