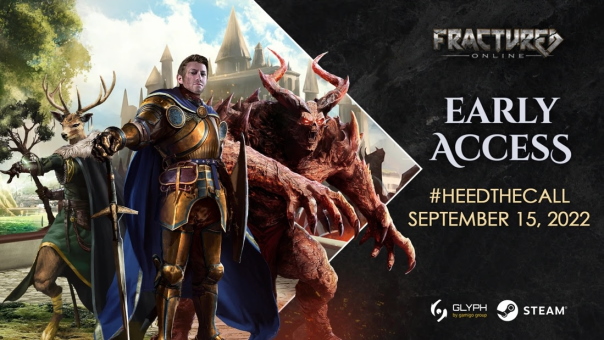 When Fractured Online launches in Steam Early Access, players both new and old will be introduced to the planet of Arboreus and its inhabitants, the peaceful Wildfolk. Their inclusion marks the first time a race other than Humans has been available in the Fractured Online, thus giving players even more control over their playstyle and how they want to interact with the game’s world.

The Wildfolk show a strong attachment to nature, living in harmony and fighting anything that threatens the balance of their lands. This bond with nature grants them a natural affinity towards druid magic, drawing power directly from the planet, and are capable of morphing into their animal counterpart at will. The Wildfolk are also unique in that they have sub-races that include the tiger-like Chadra, the wolf-kin Udoadra, the bear-kin Nheedra, and the hart-kin Erwydra. Each sub-race has its own strengths and weaknesses, such as the Chadra being capable warriors that lean more towards fighting, while the Erwydra are naturally more inclined to practice magic as they are extremely intelligent and have an excellent memory.

In addition to the inclusion of a new planet and race, the Steam Early Access launch marks another major milestone: Seasons. Members of a guild will be able to fulfill certain in-game actions to receive Season Points for their group. Each point brings a guild one step closer to the top of the leaderboards. The guild standing at the top will earn unique prizes that offer a number of bonuses, including City Relics capable of generating special buffs.

That’s not all! Fractured Online’s Steam Early Access launch will receive regular updates that include new areas to discover, new skills to learn, and even more exciting content over the coming months.