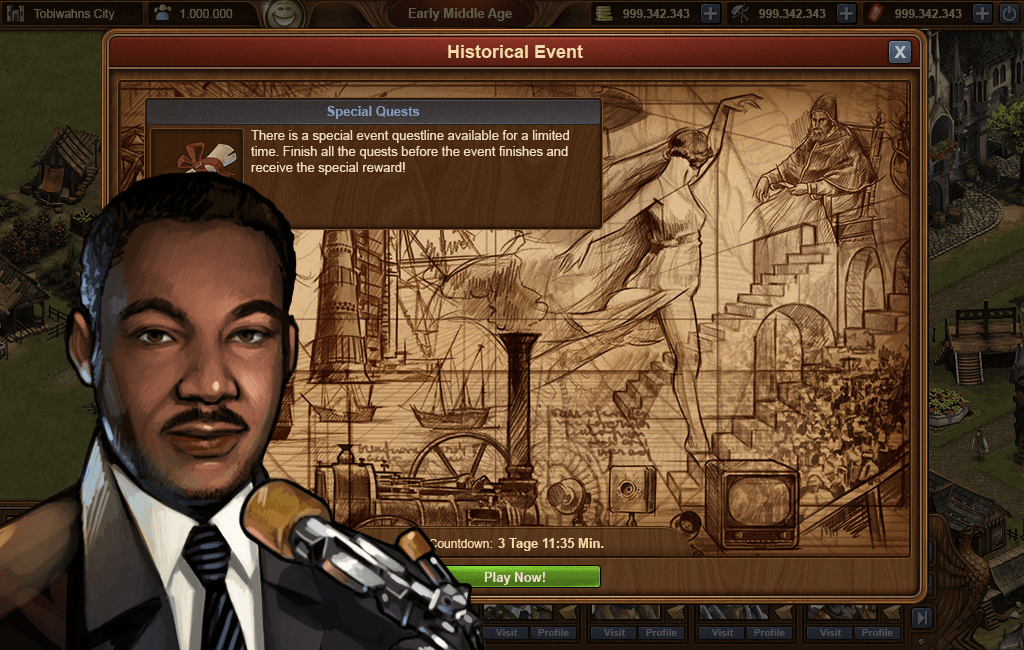 Forge of Empires begins its year of celebrating history today with its first of six special quest-lines: The Martin Luther King Event. In 2016, the cross-platform title plans to recognize past figures who made interesting contributions to our world, including lesser knowns such as Isadora Duncan, the famous American dancer who flouted social norms in the early 20th century, and Pope Gregory XIII for his introduction of the Gregorian calendar that includes our modern day leap year.

Forge of Empires is a cross-platform strategy game (playable on browser, iOS and Android) in which players, tasked with leading a city to prosperity, can research new technologies, build impressive historical buildings and enlarge their sphere of influence through military campaigns and skillful dealings.