Food for Thought: Why Do People Troll/Ragequit Online? 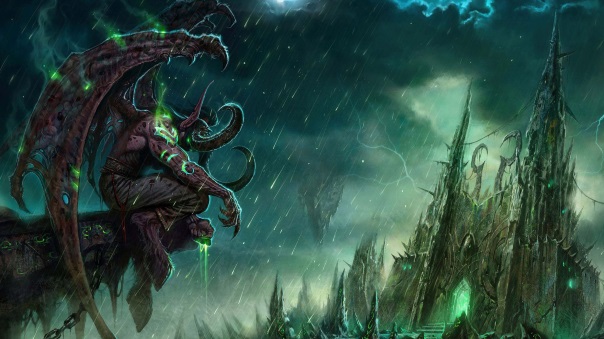 I recently took a sampling of people who play competitive/casual online games through Twitter and my personal social media to chat with people who feed, troll, afk, troll pick, and such through a host of online games. My main question was very simple: Why? What brings you to this point in a game, where you’d throw it away? I’m not going to publish peoples names, and there was no judgment in my query.

There aren’t many things more frustrating than trying to work as a team, only to find someone decided you/your team doesn’t “deserve to win”. Whether they pick a Healer for the Hunter role in SMITE, ADC Lee in League of Legends, or simply deciding that you don’t need a healer in Overwatch or Paladins, and before you know it. . . the match is over. Your placements have been ruined, you are back in Silver, Bronze, wherever, and the toxic, rude dirtbags that fill your game win. They made you mad, they cost you your match, and slowly but surely the environment for the game begins to get worse, no matter what game it is. It is a large part of why I just play Magic: the Gathering Arena online now because at least that way it’s all my fault for what does/does not happen. The major question I have is “Why?”  It’s prevalent in every single online game I play. It’s a large part of why I quit League of Legends ranked, SMITE ranked, and even slowed down my climb in Paladins.

Schadenfreude: Schadenfreude is a term for finding enjoyment in someone else’s misfortune. The first answer I had was the one that made the most sense to me, I had been in those shoes so many times. But I am proud to say as an aside, that I have never once rage-quit a competitive team game, never trolled, never purposely fed. I have had bad games, but never on purpose. My drive to win is bordering on unhealthy. But that does lead me to another point in this piece. So, picture it. You spent five/ten minutes getting a team set up and within the first thirty seconds, you have someone that’s already said the game is over, you have lost. Someone has picked a “troll” pick or determined that your pick was a troll pick. Predictably, the other team is winning, the gap is widening. You try to surrender, but nobody is game to do it. Maybe that’s not the situation. Maybe your support is building damage, they’re 0/7/5, and they’re blaming you for why they’re not winning. They are a literal barrier to your growth, your success. It’s important to learn to get better, but all you’re learning is that this person is a colossal, gaping butthole.

Schadenfreude. You have reached the point where there is no escape, and this game is stressful, and physically as well as mentally upsetting. Now you’re excited every time this person dies, feeds, or someone (you, probably) takes their buff, or prevent them from getting out of a situation. Maybe you’ll just stay in base a little longer instead of going to the lane/fight they’re in, so they die again. There’s nothing to gain in this match. It’s over because your team has decided it’s over, that it’s not worth it to be a team. So, you slowly chip away at it in little ways. And in this unwinnable situations, it becomes about maximizing happiness in a situation that cannot be controlled, trying to find a measure of happiness in a game that you once loved. As a result, you start to hate the game a little more, a little more, and as a result of your actions, other players, who may have gone in with good will and a desire to win, are now becoming jaded, cynical, and have started doing the same. People who want to be positive ultimately wind up not, because of the players current level of toxicity.

Enough is Enough: Another case is a matter of just being fed up. You know what I absolutely hate? People who give up two or three minutes into a damn game of SMITE. Sure, someone on your team gave up first blood in a situation that could have probably been avoided. So people start blaming each other, swearing and spending more time typing when they should be focusing on “fixing” the problem. The problem has become worse because people spend more time arguing, and the other team just gets a bigger, better lead, and before you know it, it’s out of control. Hyper Carries are hyper and are blasting through your team. So what’s the solution? It’s too late to talk and try to be positive. Those days are done. So in this case, the player just disconnects, therefore ruining it for other people; if they want to be rude and vile people, you can ensure they lose personally. Unfortunately, this also hurts the people who have done nothing wrong, but they happen to be there. This can also happen as a result of arguing in picks-and-bans, people arguing about a previous game, or arguing about a pick because someone on the team doesn’t agree with it. People actively make a choice to not focus on being positive, on arguing instead of focusing on getting a win, and these games, like in the last case, just feel like a waste of time. This doesn’t just happen in Bronze in League/Smite. From Masters/Diamond on down, no group of people is safe.

A Boiling Point: Some folks can’t help it, to a degree. One of the people I talked with has bipolar disorder, and gets angry in these games much, much faster than normal. This person, however, is acutely aware of it, and so he makes an effort to avoid playing with random people that are going to make that anger act up with their awful, toxic behavior. He recognized that solo-queue is just going to get him permabanned, due to his inability to deal with these people, so he put a stop to it. It’s very commendable, but what happened before that point? Some of it was simply bad clients (incredible lag, frame issues, over 900 ping for no reason) which happens. It’s awful, but it happens. But what is inexcusable are the way people call you racial slurs/sexist “jokes”mid-game, flaming and in general, being awful human beings. Some folks simply refuse to tolerate it, and instead of muting them (because you need to communicate with your team to win), so instead, this type of person will either dodge queue to not deal with them or once it gets too much to deal with, he dodges and closes client. This person in particular actually knows the exact number of matches they’ve dodged, which I honestly just found fascinating.

Then there are people who simply are trying to have fun however they can get it, and grab kills and take buffs, just to get a rise out of their team. This might not seem like a big deal, but it does add up to the overall bad feelings of a team. But what about me? What do I do? Like I said earlier, I have an overwhelming need to win, and will do my level best to be positive and uplifting, as much as I humanly can. The downside to this is that it affects me mentally, and I just get stressed and upset trying to win these unwinnable matches. This means I have to deal with those toxic people and sigh wearily as people quit, feed, call me names, whatever they feel like doing in that match. This is just as irrational and might not be negative to a game, but is negative to me personally. So what have I found? The toxic, negative culture of online gaming is just breeding more negative, toxic behavior. Your average person is a good person, who just wants to play and win. There’s nothing wrong with losing. But there’s a problem when you lose and have zero control over the outcome of that match, thanks to one or more people actively weighing you down. I enjoyed online ranked matches once upon a time. But I do think it’s fascinating to see that good, decent people being driven to being an albatross around the neck of other good people, thanks to the toxic nature of other players. But once upon a time, those people might have been regular, good folks that simply want to play a game.

What can be done about this? Is it too late? It’s infected basically every online game, thanks to the anonymity of online gaming/Internet at large. The next question is, “Do online game companies actively punish these people? Which get the stick? The original toxic people, or the users that just have had enough? Is there a difference? What about games that will unban the worst of their audience, because they draw a huge crowd to the game/are popular?” There has to be a solution to make games more enjoyable, but I’m not sure yet what that could be other than people agreeing to stop being jerks. Since that’s not going to happen. . . I don’t know. But this was a delightful piece to write, and I’m very grateful to the people who came to me and agreed to talk about their experiences and how they got to the point where it was no longer worth it to keep going. Some have stopped playing altogether, and some have not. All I know for certain is there has to be a solution. There’s no way that it’s too late. But toxicity is breeding more of itself, and what we need is positivity, or at least, barring that, people willing to not be smoldering, festering scrotums to each other for 20 minutes at a time. It’s not hard to be decent, but competition with anonymity breeds this awful culture. I’d like to find a way to turn this boat around though.