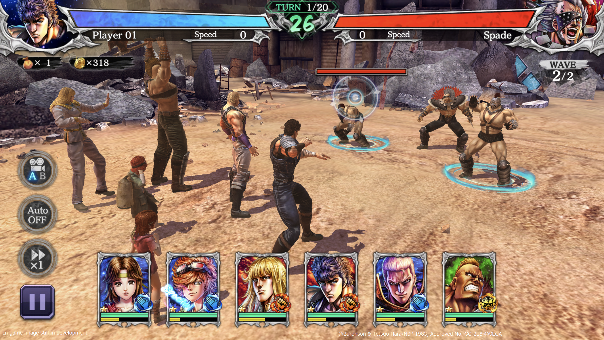 It recreates the original manga in painstaking detail from the very first chapter on. As an action RPG, it takes place in an era where Hokuto Shinken’s deadliest martial art was thought to be lost. By gathering the fragments of stone monuments, all characters, including Kenshiro, Raoh and many more become playable. Players will be able to create their own dream team.