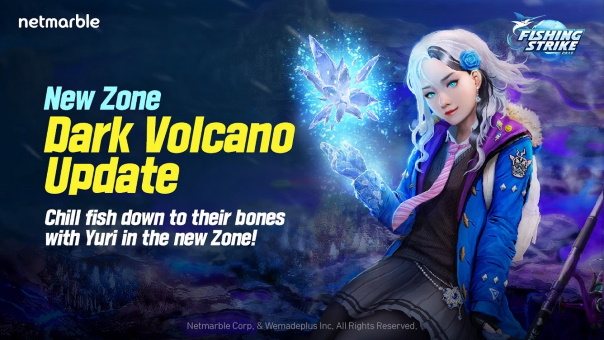 A new fishing zone arrives in Netmarble’s mobile fishing game, Fishing Strike, with the Dark Volcano zone. There are nine stages of fishing sites that were inspired by actual volcano mountains. These include Mount Pinatubo in The Philippines, Krakatoa in Indonesia, Mount Etna in Italy and Mauna Kea in Hawaii among others. Players can also look forward to 90 new types of fish from level 61~143, and the maximum level for Fishing Strike’s No Limit Challenge is now extended from 108 to 126. This update also adds a new Legendary Angler to partner with, in Yuri. Yuri has a freezing skill that is activated via magic. The Dark Volcano update also features new fishing equipment to collect as well.