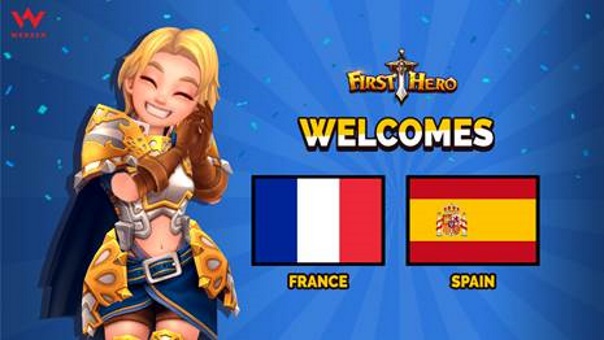 Webzen’s free-to-play strategy game, First Hero has officially soft-launched into South America, France, and Spain as of this posting. It’s available on both Android and iOS devices, and in the game, players recruit and develop legendary/historical heroes to win battles against other warriors. Finding the best strategy to build and defend their fortresses while expanding the empire will be a key to success, as well as forming alliances with other players. Victors of battle can look forward to rich rewards, including crystals, resources, heroes and cash items. Since its first soft launch in April, the gaming experience has been further enhanced to reflect user feedback. First and foremost, the tutorial has been improved, so that players who are not familiar with strategy games can quickly grasp the mechanics of the genre. Another important change enables troops to move diagonally across the battlefield, thus allowing for greater strategic freedom in battle. Finally, motion effects and battle effects in the in-game UI have been upgraded to offer some extra thrills to the warriors.