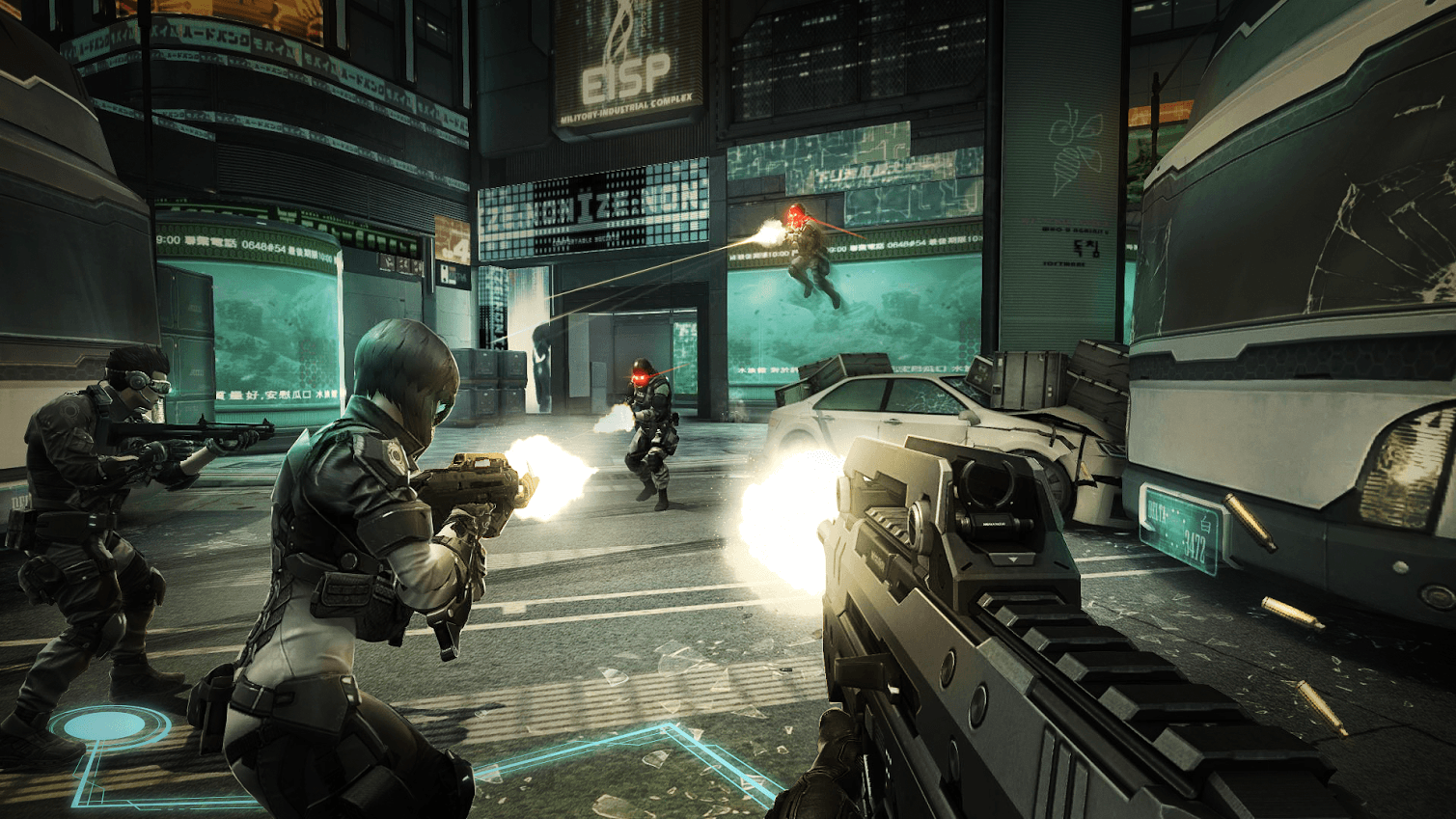 Nexon America and Neople today announced an Early Access program for their first-person shooter Ghost in the Shell: Stand Alone Complex – First Assault Online (First Assault) will begin Monday, Dec. 14 on Steam and the Nexon Launcher. Players will get to dive beyond humanity as they upgrade and augment themselves into walking weapons in this gripping tactical shooter, where coordinating calculated attacks, hacking enemy weaponry and utilizing SkillSync to share cyberskills holds the key to success. For the chance to be a part of the Early Access program or later beta tests, players can sign up at www.FirstAssaultGame.com. Or, for immediate access when the game goes live next week, Nexon America is now offering a selection of Early Access Packs for purchase, which include exclusive in-game content.

Neople is looking to fans who join the beta at this phase to test content and help shape the game. The development team will make themselves available to players throughout the Early Access program, and will leverage community feedback and suggestions as First Assault evolves.

“First Assault is truly a passion project for us at Neople – so many of our team are fans of ‘The Ghost in the Shell’ franchise, and we’ve wanted to create a game like this for some time,” said Jung Eik Choi, lead director, Neople. “We want First Assault to appeal to longtime fans of the Stand Alone Complex anime as much as to FPS fans looking for a new sci-fi game experience, and we’re working hard to develop elements to engage both audiences.”

In First Assault, players will join Section 9, an elite force of cybernetically enhanced combat operatives responsible for protecting society and fighting cyber terrorists on the neon-drenched streets of a futuristic Japan. Licensed from “Ghost in the Shell: Stand Alone Complex”, the critically acclaimed series based on Shirow Masamune’s original comic “The Ghost in the Shell”©, one of the core originators of the Cyberpunk genre, First Assault takes place in a world in which society has embraced new technology, leaving themselves vulnerable to malicious super-hackers.

Players who join the Early Access program for First Assault can fight as one of several distinctive operatives, each with a unique cyberskill ranging from heat-seeking drones and deployable turrets, to therm-optic camouflage and infra-red vision. Fans of “The Ghost in the Shell” franchise will recognize characters from the Stand Alone Complex anime, including Major Motoko Kusanagi, Batou and Togusa, all playable in the game. Players can share their unique cyberskill technologies with fellow Section 9 operatives, systematically deploying crippling strikes that evolve the tactical shooter experience.

The Early Access Packs for First Assault provide players immediate access to the game on or after Dec. 14, through a variety of options containing exclusive content, including:

For additional details about the First Assault please visit www.FirstAssaultGame.com or Wish List the game on Steam at http://store.steampowered.com/app/369200/.