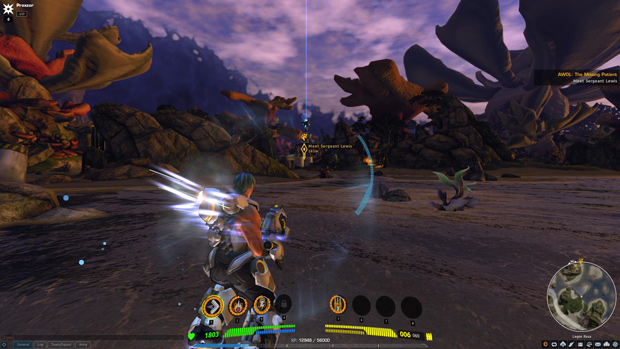 This last week I spent my time playing a long awaited game by the name of FireFall. FireFall has been in development for almost four years now publicly, and its actual beginnings stretch back even further than that. After many years of beta testing with tons of rollbacks, content implementation and removal, and other intensive reworks, today marks the day that Red 5 Studios finally puts the seal of approval on a full launch. Because of the extended development time and pre-emptive Founder Pack sales, FireFall’s history is a rather rocky one with a hype train appearing as more of a series of waves rather than a steady build up. As such I went into my launch coverage expecting them to need to nail it out of the park if they want to build enough momentum to regain the spotlight in the extremely competitive MMO field today. In essence it’s nearly a metaphor of the fall of human ambition and rebuilding from near total destruction that is found in the game’s storyline. So begins our review. 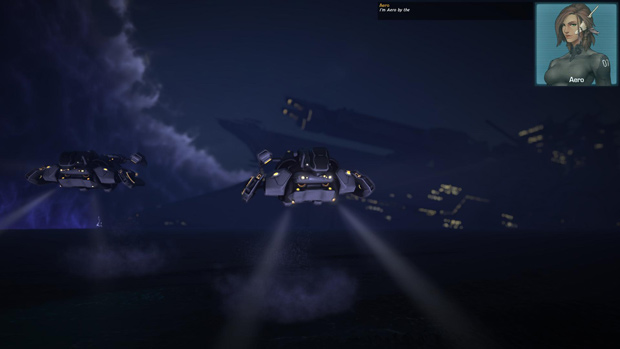 Those years of polish show.

One thing you can be sure of when a game has had a long development stage, is that the story usually is better than the average localized MMO ported from Asia. FireFall goes above and beyond the call of duty, going so far as to pair its story with an outside high quality e-comic. In terms of the built in story, you find yourself as a fresh recruit following the crash of the Arclight, an enormous space ship meant to allow humans to traverse the stars, yet ironically opening a gateway that brings beings from far beyond our realm to Earth with the intent of extermination and terraformation of the planet.

This terraforming comes in the form of the Melding, the most genius idea devs have yet produced as a replacement to MMORPG’s invisible outer walls, but in terms of story acts as a poisonous miasma trapping the human survivors in an isolated area where the alien creatures can pick at them without much fear of counterstrikes. While for the most part these are unintelligent beasts only looking for a meal, the intelligent life forms known as The Chosen are mirrors of humanity, packing similar technology and a goal of claiming all of Earth as their own. Got a problem with that? Then it’s time to strap yourself into a robotic type of armor, pick your weapon of choice, and bring back peace to Copa Cabana and New Eden with the ultimate goal of pushing the Melding back to begin a campaign to reclaim Earth.

In the colorful Brazilian landscape you will be able to take control of several battleframes consisting of five battleframe categories. Dreadnaughts and Assaults are ideal for players able to keep cool under pressure, as they act as the tank and melee dps of this shooter respectively. If you’re more of a support minded player, you can grab a Biotech, a series of battleframes specialized in healing and buffing techniques. But no worries, even medics in this game can carry machine guns for solo time fun. Tactical minded players will find joy in the Engineer frames, offering plenty of chaotic deployables ideal for holding down an area or ambushing unsuspecting foes. Finally if you have a steady hand and prefer to keep it clean, you can suit up as a Recon to kill your foes before they ever know you’re there. When you first are thrown into the tutorial simulation you are shown what each battleframe is capable off and what their role in the war is. While you can only obtain one of the starter suits for free, as you continue playing you can eventually unlock them all and plenty more without having to pay a dime into the cash shop, and switch classes to enjoy all the thrill of an Alt without the social connectivity mess that comes with making new characters. 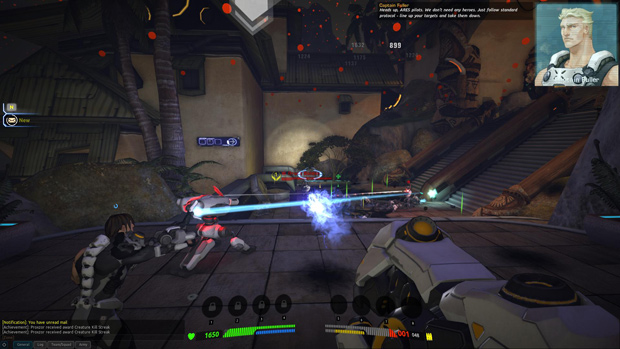 FireFall clearly stands out from the MMORPG pack due to its heavy emphasis on shooter mechanics. Controlling your character is standard fair that any experienced online gamer will pick up immediately, with WASD keys combining with your mouse and a series of hotkeys for the majority of controls. Instead of simply clicking on your enemies and using one of your skills, you will have to aim everything as skill shots, and FireFall is not forgiving of sloppy conduct. Combined with your signature battleframe jetpacks, landing consistent damage on a foe while staying one step ahead of their attacks can be an exhilarating and challenging experience. Unfortunately this is also the first point against FireFall I have as the majority of PvE objectives involving hovering above hordes of foes shooting down at them with relative immunity. Later on a few foes have counters to this tactic, but it renders a large majority of the game easier than it should be.

The combat is fun, though may not be for everyone. The over emphasis on bunnyhopping (bunnyhovering?) may appeal to some shooter fans while putting off others. MMORPG gamers used to gaming systems to advance on the other hand will be in paradise with the creative ways you can tackle objectives and confuddle the AI long enough to take them out before your shields take a beating. At the same time, as you progress foes seem to be scale up in power unexpectedly fast to compensate for the player’s ability to game the systems. Trying to reclaim earth by bunnyhopping around is an odd way to do it, but if it works why not.

Previously a major issue with FireFall was the overemphasis on Thumping for resources to constantly craft better gear with no real purpose. Thankfully the launch has introduced a massive amount of new jobs to break up this monotony, and give players a new reason to team up. After only an hour of playing you are already thrown into a group quest that automatically puts you with other players in an instanced world to experience how much more fun it is playing this game with others rather than alone. The challenges you will face get harder, and the more you take control of an area, the stronger the enemies get. And in no time you will be teamed up with other players taking down the monsters that are a few sizes bigger than the biggest battleframe available. Trust me, there’s some pretty massive Dreadnaughts out there and seeing them getting dwarfed can be an intimidating experience.

A second issue addressed in the launch was FireFall’s lack of end-game content and namely lack of PvP. What’s the point of leveling and obtaining the best gear if you never have any chance to test it on another thinking human player? Well now there’s an entire gigantic continent of lawless bliss for you to go hog wild. Here players can ignore the looming extinction of humanity for a while as they blast each other down harder than even the Chosen could dream of. Within Broken Peninsula, players are grouped into teams tasked with guarding resource transport facilities as well as venturing into the frontier to secure valuable resources via Thumping. This is more accurately described as PvPvE as all the dynamic world events you’ve come to expect in your travels will be present to ensure that even an unopposed Thumping session may result in some excitement. Players can even build base defenses, or assault and capture multiple bases from rival teams to make Broken Peninsula into one of the most profitable end-game ventures in the game, assuming your team can prove they are the top dogs online at the time.

Extensive crafting for a shooter.

When you need a break of fighting against each other or The Chosen, and your bank inventory is filled to the brim with rare resources, you can dive into the expansive world of crafting. Throughout the game you will find craftable resources that can be used to make yourself a new set of tools as well as upgrade your existing equipment. Change your battleframe with different components, weapons, and abilities and make yourself unique over the rest. Getting a rather rare set of gear and hitting various achievements to unlock special passives can go quite a ways towards ensuring that even two players utilizing the same battleframe have quite a bit of individuality in playstyle and strengths. Crafting is streamlined and mostly a matter of waiting for timers to tick down (which you can be offline during or enjoying the action of the gameplay during) and as you level, you can unlock the ability to craft more objects at once/research new recipes. Crafting is nothing new in the perspective of the MMO industry as a whole, but when comparing it to other online shooters, FireFall is breaking new ground in customization.

The final piece that’s breaking new ground with the launch is the addition of some serious PvE challenges into the game. If you want to shine among your friends and guildies, the Campaign system will add more scripted gameplay action with plenty of tough objectives and tricky bosses to the mix. Teamwork will be tested greatly in these five man gauntlets. On the other hand larger groups of twenty can showcase their individual skill against Titan Raids, such as Kanaloa, where even the environment around you will be out to kill you! Fat loot of course is waiting to reward your dedication and risk taking.

Conclusion: Great (4/5)
FireFall is a game that seriously mixes the shooter and RPG genre into one game and does this extremely well. Right off the bat you are thrown into a war packed with action, and addiction sets in whether you’re a fan of either genre. Since the game is completely free to play, there are a few ways of spending money that will help you out, though roughly 90% of the cash shop is focused on making your appearance more unique. You will also be able to buy cool looking mounts, awesome and cute pet companions, and some custom paint jobs to pimp your battleframe ride. Overall FireFall is hitting all the points they set out to achieve with launch, and its only weakness remaining is it just needs more of what it’s pushing. More Titans, more PvP methods, additional fully voice acted Campaigns, and the promised expansions by pushing back the Melding should come with time, and eventually up our rating of FireFall to our highest level. If you are a big fan of MMOs and like the way this game is played then I can definitely recommend you to check it out, because it truly is an action packed game that was worth the wait. And now it needs a steady playerbase to continue its development to reach the potential we’ve waited four years to see realized.