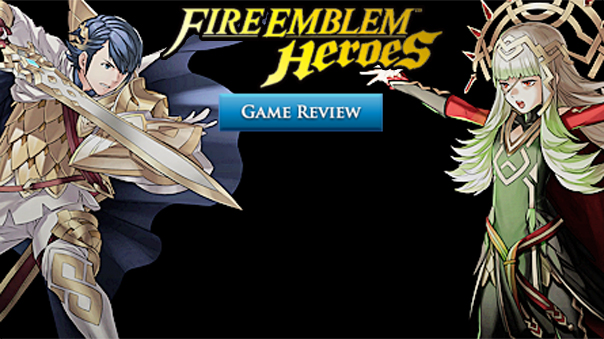 Fire Emblem: Heroes is the latest Fire Emblem title coming out of the big N. The game follows the story of the Askran Kingdom’s Order of Heroes as they face against the Emblian Kingdom’s machinations to destroy Kingdom of Askr. Players come in as the summoner with the ability to summon all the heroes from the various Fire Emblem titles. And using the ability, you are then tasked to help the Order to stop the total destruction of the Kingdom. 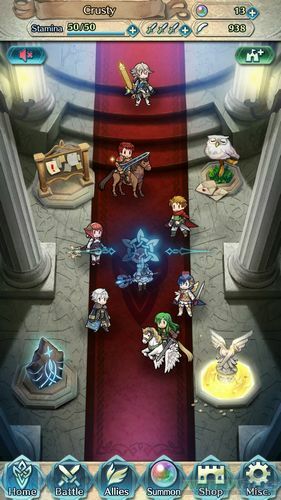 Heroes uses the tired and quite overused gameplay mechanics found in mobile unit collecting games. The game currently has around 80+ heroes you can summon so far, spanning from the recent Fire Emblem title, Fates, and as far back as the GBA games such as the Sacred Stones. You will use orbs that you can earn going through the story mission or pay for it using cash to summon these heroes in a unique system Fire Emblem Heroes has.

You can level up heroes either through using them as part of your four-man (or woman) teams in story or arena maps, or by using their corresponding shards and exp shards. Characters of one star to four star rarity can also get their “potentials” unlocked. This basically means that characters can reach a higher rarity rating once they reach level 20 and have the corresponding ingredients to level up (hint: you need A LOT OF THEM). The rarity rating of characters caps at five and you can still level up characters past 20 for all rarities. However, 1-4 star units would have to reset back to level 1 once they are unlocked.

The Battle system is typical to the Fire Emblem franchise. There’s a grid based system that follows just like your usual battles in games. Unit positioning, team planning and on the spot adjustments are key, just like in any Fire Emblem game.

Other gameplay features include a social system where players can add you via code. Their heroes can even drop by and visit your castle as well. The castle is also upgradable. Each upgrade increases the experience points you earn per encounter. The game also has paralogues and side stories that provide low level heroes at certain moments and even leveling opportunities. 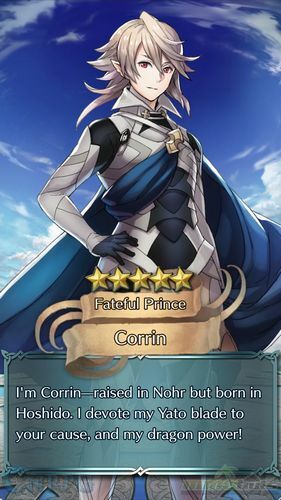 With such a storied history, Fire Emblem Heroes has plenty of iconic characters waiting to be unlocked.

Fire Emblem: Heroes was made to stay faithful to the franchise and it does not disappoint. It’s not much of a stretch really since Fire Emblem was already made for portable devices. So the familiar game mechanics weren’t hard to port to the mobile platform. The game feels and sounds just like a Fire Emblem title except that they added the energy system and orbs to, of course, earn from a free-to-play game.

Even the game’s weakness and strengths chart is similar to the weapon triangle affinity system Fire Emblem titles have. However, to make things a bit simpler, it was simplified to a color specific system instead.

Characters can also learn and equip skills as they earn skill points either by combining with units or leveling up. Each character also retains most of their base hero skills in their respective titles to bring into the world of Fire Emblem Heroes.

What wasn’t retained though is the relationship system which you don’t really expect to have in a stripped-down version of a Fire Emblem title. However, the game still presents you with the more fan-servicey parts of the Fire Emblem franchise as you can stare at your units (yes, can’t believe I went there) and hear them talk. In fact, during battle your characters’ clothes get tattered if their HP reaches low enough. But of course not so tattered to be NSFW. 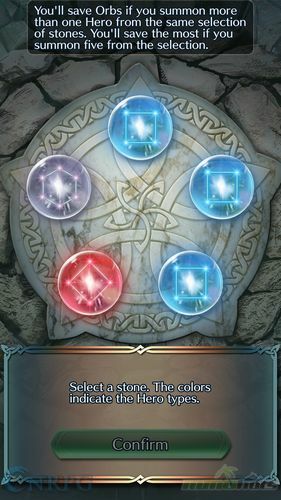 If you lack patience, the cash shop will hit your wallet hard and often.

While Fire Emblem Heroes retains a lot of the things that made Fire Emblem titles great to a certain degree, the game is really pricey. Orbs cost a bit heftier than your usual f2p mobile game, and the bundles they have in the store are not that appealing. In a game where maximizing the gacha system requires you to spend 20 orbs per sesh, the pricing they have is not really competitive.

That is, if you’re the impatient player. While yes, Heroes does make a grab for your wallet, the game still provides opportunities for you to earn those orbs. You are rewarded with orbs as you finish maps for the first time, and log-in rewards also net you the premium currency. They are. mind you, not easy to get, but isn’t that how Fire Emblem games work anyway? 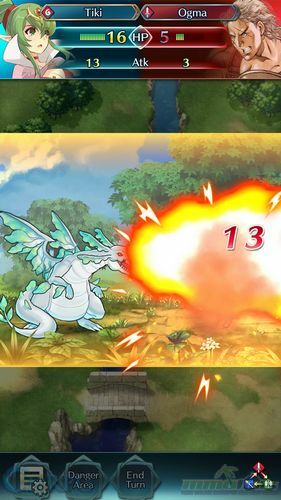 There isn't a lot to hate in the core concepts of this game.

Fire Emblem Heroes is a game that utilizes a lot of the game mechanics that made it a Nintendo classic franchise. I really liked how Intelligent Systems was able to strip down the whole Fire Emblem experience to focus on key features to make the game uniquely FE, but using the mobile game business model.

If there’s one thing that I can nitpick in Heroes. That would be how weak the story is. While I do have to admit that I’m no expert with the franchise myself, I can say that FE: Heroes’ story feels lacking and rushed. But then again, this isn’t really a main game so that’s to be expected.

Overall, Fire Emblem: Heroes is a game that fits right in with the mobile market today. Fans of the franchise can really look forward to spending time in the game, especially if they want to take a break from the brutal strategic planning required for the main Fire Emblem titles. Intelligent Systems was able to strike a balance in terms of respecting the old FE titles and incorporating the new ones into the roster. In fact, you can use Fire Emblem Heroes as a gateway game to the whole franchise if you want your friends to join you in the FE fandom. Heroes is forgiving enough that you can trick people not familiar to the games to try and play the main titles, and then watch them suffer as they start to discover how hard the main games are.

Fire Emblem Heroes is a game that made me enjoy mobile strategy games. It’s one of those titles that will really sit well and long in my own phone even after this review is done. There’s no higher praise I can give for a mobile title than that.